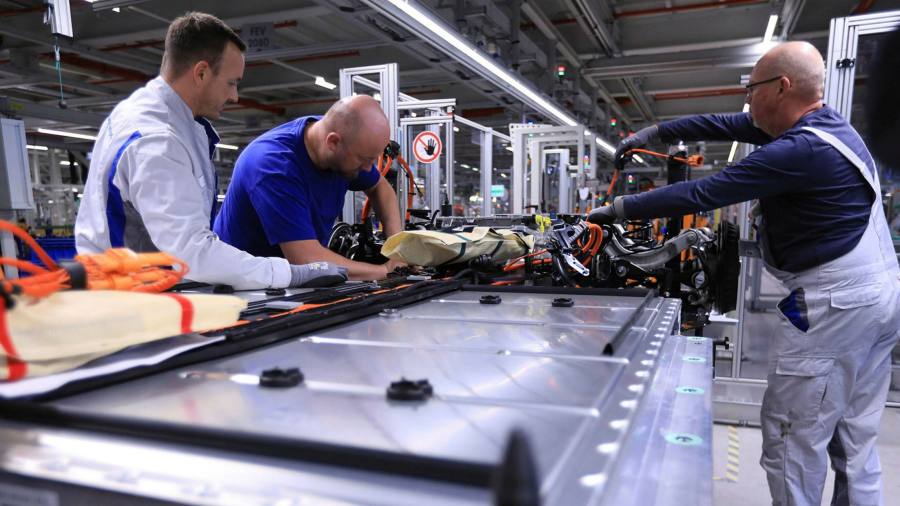 Nickel has joined a wider rally across commodity markets, climbing to its highest level in a decade as stockpiles dwindle and major car producers ramp up production of electric vehicles.

The metal, which is used in more powerful EV batteries, rose by as much as 4 per cent on Wednesday to a 10-year high of $22,745 a tonne as stockpiles in warehouses approved by the London Metal Exchange fell for the 51st straight day. In China, nickel stocks in official warehouses are close to a record low at just 4,859 tonnes.

“With China’s policy response gathering steam at a moment of severely depleted inventories, micro and macro conditions are beginning to align, driving a repricing of metals toward scarcity,” said Nicholas Snowdon, analyst at Goldman Sachs.

Those comments were echoed by Jeremy Weir, chief executive of Trafigura, one of the world’s biggest commodity traders. Speaking at the Future Minerals Forum in Saudi Arabia, he said inventories around the world were at critical levels and prices were “starting to move to reflect that”.

“We are starting to see consumers wake up and recognise the problems that exist,” he said.

Nickel has gained 12 per cent over the past month, on the back of rising EV demand — one in four new car sales in the UK in December was a battery vehicle — and a series of announcements about new nickel mining projects.

The metal’s price rise came as copper, the world’s most important industrial metal, traded above $10,000 a tonne for the first time since October on signs that China is going to provide more stimulus to support the economy.

At the same time, oil reached a two-month high of $85 per barrel as concerns about a hit to demand from the Omicron coronavirus variant continued to fade and US crude inventories fell to their lowest levels since October 2018. Overall, the Bloomberg Commodity index is up 5 per cent this year.

Earlier this week, BHP, the world’s biggest miner, threw its weight behind a huge nickel project in Tanzania, while carmaker Tesla signed its first US supply deal with an agreement to purchase 75,000 tonnes of the metal from the Tamarack deposit in Minnesota.

“The recent plethora of announcements around nickel development projects is testament to the confidence in future market fundamentals on the back of the twin engines of stainless steel and battery demand,” said Colin Hamilton, analyst at BMO Capital Markets.

According to the International Energy Agency, demand for nickel will need to grow 19-fold by 2040 if the world wants to hit the targets of the Paris agreement on climate change.

However, most of the increase in supply this decade is expected to come from Indonesia, a market overwhelmingly powered by coal-fired electricity where Chinese companies are building nickel processing projects.

As a result, Tesla boss Elon Musk has expressed concerns about future nickel supply, promising giant contracts over a long period of time for companies that can mine the metal in a sustainable and environmentally sensitive way.

While there is much excitement about surging demand for nickel from carmakers, more than two-thirds of global production is still directed towards the manufacture of stainless steel.

As demand for stainless steel picked up after the worst of the pandemic-induced shutdowns in 2020, nickel registered a supply-demand deficit of around 180,000 tonnes last year — equal to approximately 6 per cent of its total market size.

To prevent a further drawdown of inventories in 2022, Hamilton said that nickel supply would have to increase by 200,000 tonnes. Such a rise is by no means impossible, Hamilton said, but it does involve “a lot going right”.

That view was reiterated by Snowdon, who said increased nickel supply from Indonesia would not be enough to prevent further depletion of inventories.

“The much tighter starting point for the market this year alongside strong EV trends ahead means this likely is no longer enough to generate an aggregate shift back into clear surplus,” said Snowdon. He has a 12-month target price of $24,000 for nickel — amounting to a rise of roughly 6 per cent from the metal’s current level.