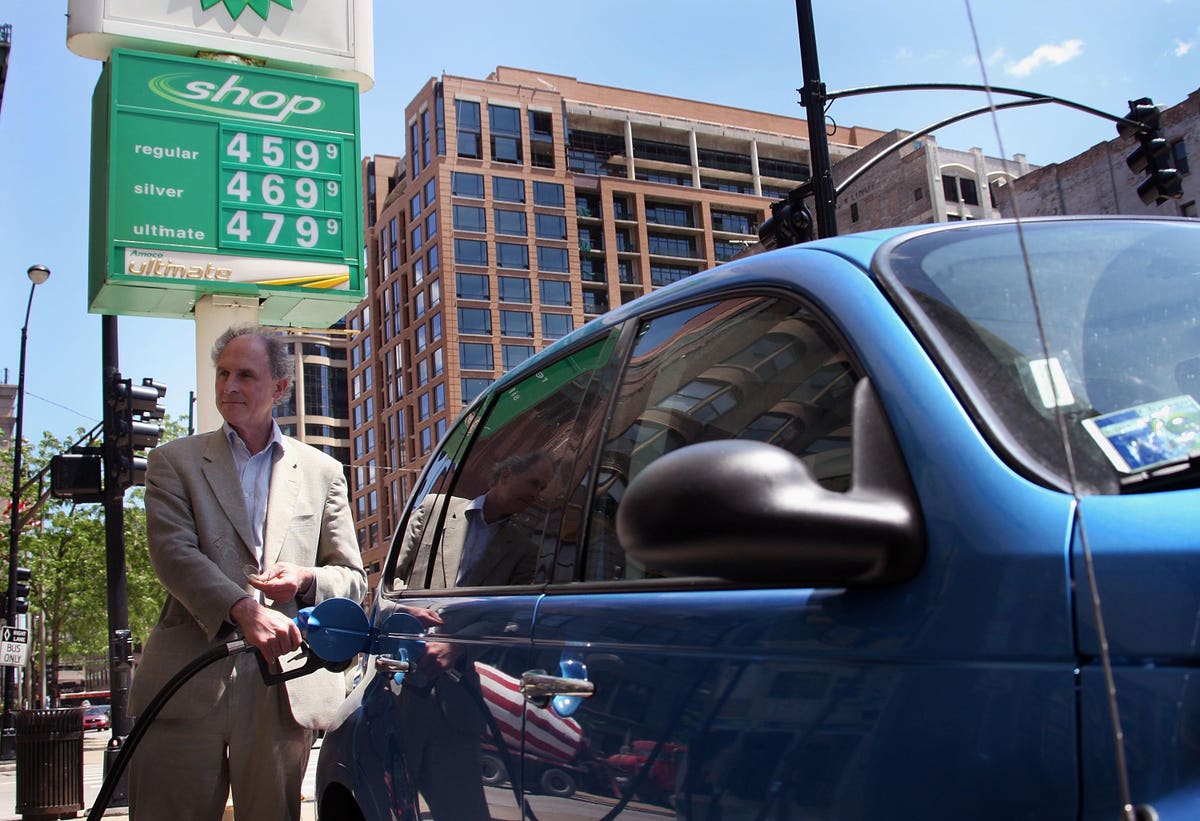 Saving enough for early retirement often takes a few variables to succeed. You need enough income to stash money away to last over a 40- or 50-year retirement, a disciplined plan to methodically invest the funds and some luck.

The luck can run out if, say, you lose your job for an extended period of time. Or it can occur due to a significant downturn right as you step away from the office (which can have ripple effects throughout your retirement). But another piece of luck is the rate of inflation that you’ll experience, either while saving or spending your portfolio.

For many, this wrinkle of luck has hit a snag in recent months due to the rise of inflation. Historically, savers in the US can expect around a 3% rate of inflation. The Federal Reserve targets inflation of about 2%. In September, the inflation numbers—as measured by the Consumer Price Index (CPI)—moved up to 4.4%. In October, the rate jumped to 6.2%.

Experts will continue to argue and debate over how long-lived this rate of inflation will remain, driven by the consumer spending surge as vaccination rates rise and COVID-19 case-levels normalize. In the meantime, though, there’s a very real impact on the ability to save for and spend in early retirement.

It makes the hurdle greater, but it doesn’t make it impossible by any means—assuming market returns continue to outpace inflation. Yet, it also may require a shift in expectations on when and how you’ll live in retirement, if you have goals to step away from the job while young.

You’ll have to save longer

The amount of time it takes for you to accumulate wealth may take the greatest hit if heightened inflation rates become our new reality for the foreseeable future.

Inflation cuts into the ability to save in multiple ways. First, you potentially can’t save as much as you’re used to, due to rising costs of other items on your budget. Second, inflation eats into your returns when investing. This lengthens the time it takes to build up your nest-egg.

Take, for instance, someone that seeks to build a $1 million portfolio to retire early and have enough in their budget to put away $1,000 a month. (While, in reality, the person may have fluctuations on how much they can save over many years, in this example we will presume it averages out to about $1,000 a month). This money goes to a stock-heavy index portfolio that earns about 10% before inflation, or the average historic returns of the S&P 500.

Under the traditional inflation scenario of 3%, it would take such a saver about 28 years before they reached their $1 million goal. Someone starting at 22 could step away about the time they turn 50. But under a scenario of, say, 5% inflation, the amount of time it takes to save jumps to nearly 34 years.

If the person sets aside $2,000 per month, then the amount of time it takes to reach the $1 million threshold moves from under 20 years with 3% inflation to over 23 years for a 5% inflation rate.

Of course, these scenarios presume that inflationary growth will remain heightened for an extended period. But it also highlights how much more time – and money – you’ll need to reach your early retirement benchmark if heightened inflation sticks around for long.

You’ll have to save more

The estimates on how long it will take to reach your target benchmark may actually skew low, since you might also need to move your benchmark to a larger number. In such a case, not only will it take longer to reach your goal, but you would also likely need more to reach your spending targets.

Say you spend $40,000 a year under a normal inflationary growth period. Under a 40-year retirement goal, you might target $1.2 million if calculating with a 3% to 3.5% withdrawal rate in retirement. But if you’re unable to reduce spending on certain items in a heightened inflationary environment, then your expenses per year may rise to $45,000 or $50,000 currently, and continue to grow with inflation, post retirement. Under such a scenario, then having $1.35 million to $1.5 million would be more prudent.

This assumes you can’t — or won’t — cut back on the things you purchase, despite the increased costs. It will further lengthen the time needed to save money, since you’re also accumulating at a slower rate than under a lower inflation regime.

You’ll have to spend more

What’s the biggest fear in running early retirement scenarios? Living longer than your portfolio can provide for. There’s little one can do in your late 80s or 90s to support yourself if you tap your retirement portfolio, other than relying on government or family support. It’s very possible that finding a part-time job won’t be physically possible. Yet, if you’re spending more than expected due to inflation, this can impact the ability to safely secure your later years.

Most people, however, do tend to spend less than expected once in retirement. This can protect the portfolio. But it also highlights the value of keeping your portfolio in a stock-bond index mix, once in retirement, to take advantage and have access to investments that perform well in an inflationary period. It will also offer the expectation that your portfolio grows faster than the heightened inflation rate, providing an important layer of security in retirement.

With such protection, you can plan around inflation, even if this heightened inflationary period is here to stay.

Facebook Pension Groups Are Doing Work Unions Should Be Doing To Protect Retirement Savings
Is it too late to refinance? With mortgage rates on the rise, here are your options
Why FINRA still hasn’t barred an advisor suspected of a 2020 murder
Iron Ore exports finished last year strong according to the Pilbara Ports Authority
Big Macs may get to $2,000 before gold