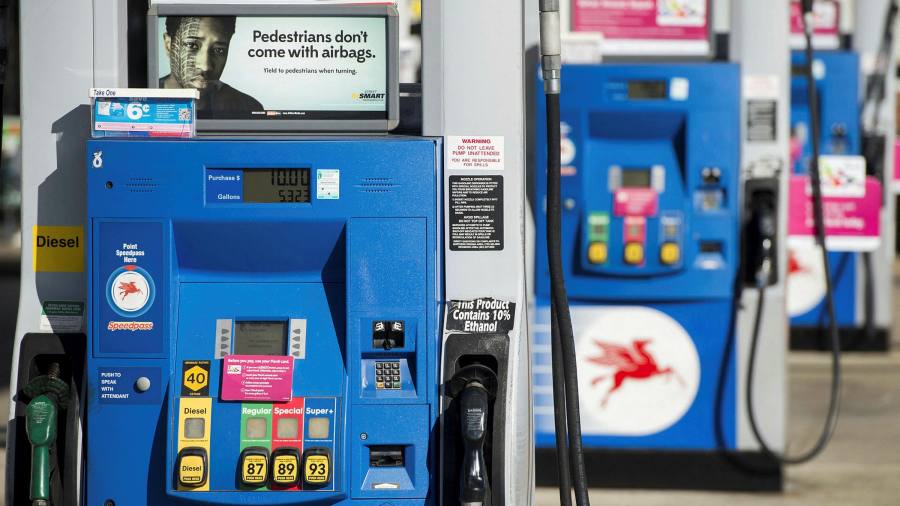 President Joe Biden has announced the release of oil from the US’s strategic stockpile in an attempt to drive down petrol prices and snuff out a crude market rally that the administration has said poses a threat to the global economic recovery.

The president on Tuesday authorised the release of 50m barrels of oil — about 2.5 days worth of US oil consumption — “over the coming months”, in a move co-ordinated with China, India, Japan, South Korea and the UK.

“Bottom line: today we’re launching a major effort to moderate the price of oil — an effort that will span the globe in its reach and ultimately reach your corner gas station, God willing,” Biden told reporters on Tuesday afternoon.

But the effort to drive down oil prices that have doubled in the past year appeared to backfire, as international crude benchmark Brent closed 3.3 per cent higher following the news, at $82.31 a barrel.

The administration first flagged the possibility of tapping the strategic reserve at a Financial Times conference last month, when Jennifer Granholm, US energy secretary, said a release was “under consideration”.

Saudi Arabia, Russia and other members of the Opec+ group of oil exporters have rebuffed repeated US pleas to increase supply.

The oil price rises came as traders calculated that the total volume to be released would be less than expected, and that Opec+ could retaliate by holding back more oil than planned. Opec did not respond to requests for comment.

It would be the largest release of crude oil from the US’s Strategic Petroleum Reserve — an emergency stockpile created after the 1970s oil crises — surpassing the barrels distributed when the civil war in Libya caused a rise in crude prices in 2011.

Analysts said it was unlikely to have the effect on prices Biden hoped it would and that it was a misuse of the emergency reserve.

The US will release 32m barrels “over the next several months” as part of an exchange allowing it to replenish the stocks later. The other 18m barrels to be released involve an accelerated sale of oil already authorised by Congress and expected by the market.

Biden is facing growing political pressure to tame petrol prices — up 60 per cent in the past 12 months — and other sources of high inflation, which have hit the approval ratings of both the president and other Democrats in Congress heading into next year’s midterm elections.

Granholm on Tuesday sought to pin the blame for elevated prices on American oil producers, which she said were making “enormous profits” and failing to sufficiently increase output in the wake of the coronavirus pandemic.

Biden last week called on the Federal Trade Commission, the competition watchdog, to crack down on price gouging in the sector.

The International Energy Agency, the oil-consuming nations’ watchdog that co-ordinated oil releases in the past, was not part of the White House’s announcement. Some members, including Germany, were opposed to an IEA-wide release, according to a person familiar with the matter.

The agency said it recognised that the rise in oil prices had placed a burden on consumers and added to inflationary pressures and “respect[ed] the assessments and decisions made by individual IEA member and partner countries on how best to respond”.

Video: Jennifer Granholm on the challenges of transition to cleaner energy sources

Are you interested in energy stories? Our journalists want to know what you like about our coverage, and what you want to read more of. Let us know in this short survey. Thank you