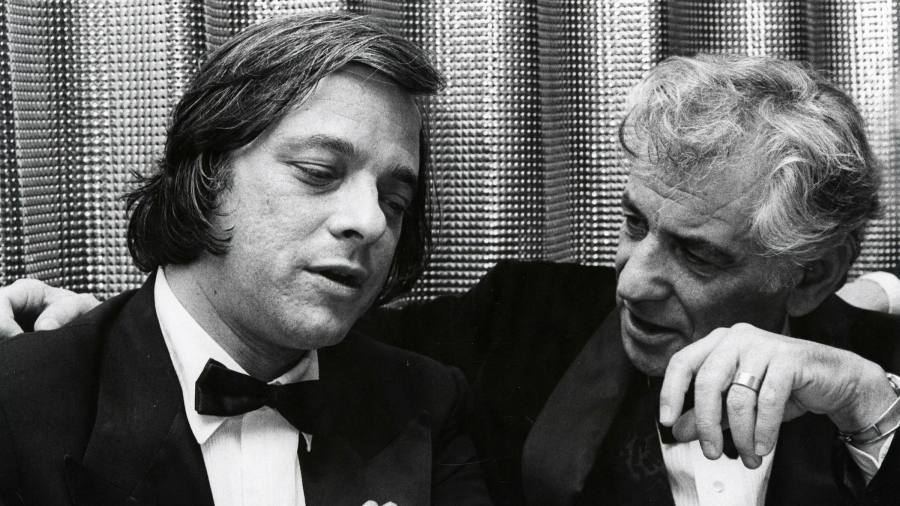 The pre-eminent figure in modern musical theatre was discussing writing lyrics, which he found trickier than composing music. Any desk-bound struggle was undetectable in the results. Sondheim, who died on Friday aged 91, was feted for the sophistication, wit, intelligence and psychological depth of works such as Company and Follies. He took the cliché of the Broadway musical as a frivolous parade of hoofers and belters — and fixed it for good.

Sondheim was born in New York in 1930. He grew up as the only child in a Jewish family, living in an apartment overlooking Central Park. His father Herbert made high-end women’s dresses for which his mother Janet provided the designs. It was a materially comfortable but emotionally cold childhood. After Herbert left for another woman, he was taken by his mother to live in Pennsylvania.

Janet, nicknamed Foxy, was an unloving presence in his life: she once told Sondheim that she regretted giving birth to him. He found a warmer surrogate parent in the person of the famous Broadway lyricist Oscar Hammerstein II, a near neighbour. The co-creator of Oklahoma! and South Pacific became his mentor after Sondheim developed an interest in musicals: he wrote his first aged 15.

Hammerstein, with his composer partner Richard Rodgers, brought a new degree of complexity to musical theatre. Sondheim took the process several stages further. His break came when he successfully auditioned to be the lyricist for Leonard Bernstein’s West Side Story, which opened on Broadway in 1957. Its ballad “Maria” showcased his acute ear for the musicality of language. It is a love song that finds “all the beautiful sounds of the world in a single word” — the name of the titular heroine.

He was the lyricist for another Broadway hit, 1959’s Gypsy: A Musical Fable, composed by Jule Styne. Unwilling to be pigeonholed as a wordsmith, Sondheim began composing too. His first musical in both roles was the bawdy comedy A Funny Thing Happened on the Way to the Forum. First staged in 1962, its vaudevillian jollity gave way to riskier topics and a more nuanced tonal range in later works.

First staged in 1970, Company dramatised the inability of a middle-aged New Yorker to enter into a romantic relationship. Follies (1972) was about infidelity and collapsing marriages. His storytelling range stretched from Victorian melodrama (1979’s Sweeney Todd: The Demon Barber of Fleet Street) to Brothers Grimm fairy tales (1986’s Into the Woods) and US political history (1990’s Assassins).

His audacity in taking the stylised, escapist format of the musical into the complicated realms of real life was recognised early on: Company was lauded by critics and won a Tony award. But it proved too bold for some. His work was mischaracterised as emotionally cold and overly cerebral. “Too clever by half” was a recurrent objection, a concept he found inexplicable.

In 1981 Merrily We Roll Along closed after 16 performances, one of the biggest flops in Broadway history; it has since been reassessed as a major work. A tireless innovator, Sondheim on occasion had to wait for the world to catch up with him.

His composing style was versatile yet also personal: he avoided the pitfall of pastiche. He could write showstoppers such as Company’s “The Ladies Who Lunch”, which ends with its character singing the arms-flung-wide line “Everybody rise!”, in what Sondheim admitted was a pitch for a standing ovation. (The opening night audience did not oblige; later ones have.) But his use of melody was far subtler than the typical Broadway musical. His songs enact a sinuous synthesis between music and sung words.

A lover of puzzles and murder mysteries, Sondheim delighted in a kind of rhyming brinkmanship; he once made Cole Porter gasp with a bravura quadruple rhyme scheme. For all his verbal brilliance, however, he disdained showing off. Words and music had to be true to the character.

He came out as gay in his 40s but preferred to keep his private life to himself; he is survived by his husband Jeffrey Romley. He had a generous manner in person, not at all grand or self-smitten. Despite his estrangement from his mother, or maybe because of it, he wrote wonderful roles for women. Although he defied the pat conclusion of happy endings, an inquisitive sense of possibility pulses throughout his work. In the words of “Our Time” from Merrily We Roll Along: “This is where we began, being what we can.”