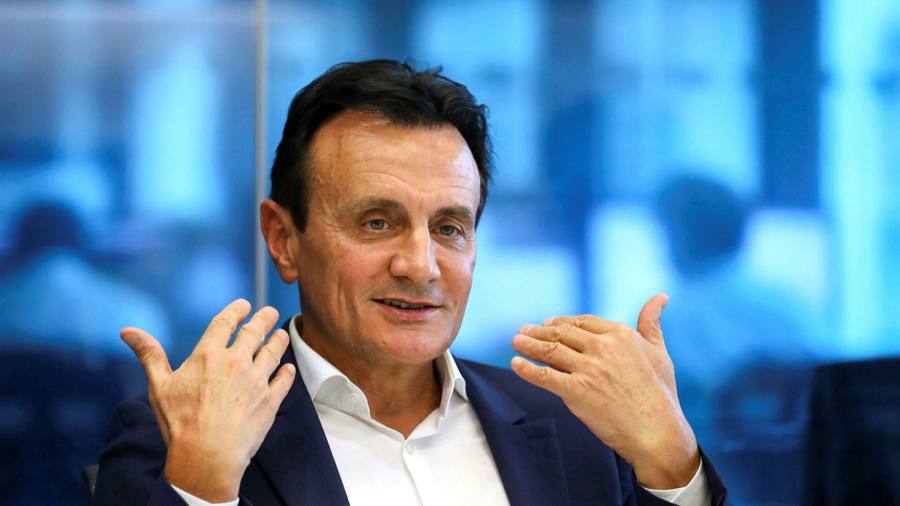 The AstraZeneca vaccine can help stave off serious Covid-19 illness in older people for longer, according to the head of the Anglo-Swedish pharmaceuticals company, as he noted that the UK has had fewer hospitalisations than Europe recently.

The vaccine developed by AstraZeneca and Oxford university has been used extensively across the UK, where the number of people admitted to hospital has continued to fall even as infections are increasing.

But it was used much less in Europe, where a surge in infections and hospitalisations has put health services on high alert. Austria, where hospitalisations are at 28.7 people per 100,000 compared with the UK’s 12 per 100,000, this week reimposed a full lockdown to help slow the spread of coronavirus.

Speaking on the BBC’s Today programme, AstraZeneca’s chief executive Pascal Soriot said: “It’s really interesting when you look at the UK, there was a big peak of infections, but not so many hospitalisations relative to Europe.”

Asked if the big rise in European hospitalisations was linked to the bloc’s failure to use the AstraZeneca vaccine in older people, Soriot replied: “What I’m saying is that T-cells do matter and in particular as it relates to the durability of the response, especially in older people, and this vaccine has been shown to stimulate T-cells to a higher degree in older people.”

T-cells, which help the body “remember” past infections and kill pathogens if they reappear, influence how long people remain resistant to diseases that they have previously contracted or been immunised against.

Soriot said: “We haven’t seen many hospitalisations in the UK, a lot of infections . . . But what matters is: are you severely ill or not? Are you hospitalised or not?”

Pressed as to whether there was a potential connection with the AstraZeneca jab, he said: “There’s no proof of anything, we don’t know. But we need more data to analyse this and get the answer.”

The UK used AstraZeneca’s jab heavily at the start of its vaccination campaign, when it began immunising older and more vulnerable people first. Many European countries stopped using it, especially for younger people, because of fears about a possible link with rare blood clots.

Some scientists have disputed the implication that messenger RNA vaccines such as the Pfizer jab do not provide good T-cell protection.

Danny Altmann, professor of immunology at Imperial College London, said any suggestion that mRNA vaccines do not induce T-cell protection was “incorrect on so many levels”.

The AstraZeneca vaccine faces an uncertain future in the UK after being sidelined from the booster programme, which the country is relying on to avoid further restrictions.

Silver Hammered (Again)
Gold starts the session flat heading into the European open
Push to get UK pensions money into private equity is flawed
Covid mortgage bailout is expiring. Here’s what to do if you still can’t pay
Tech stocks sink in Wall Street sell-off after US jobs report