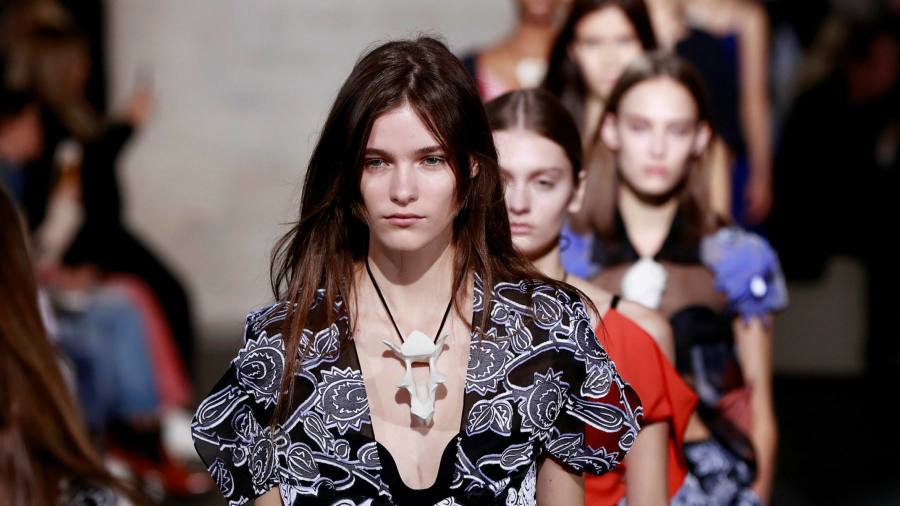 Roland Mouret, whose Galaxy dress has been a favourite with celebrities including Meghan Markle, has put his eponymous high-end fashion label into administration.

Following difficult trading during the pandemic, the company called in administrators, according to a Companies House filing, and on Thursday let go of its roughly 50 staff, emptying its flagship store and offices at 8 Carlos Place in Mayfair.

Roland Mouret’s sales plummeted 80 per cent at the start of the coronavirus crisis as demand for event dresses dried up, the designer told the Financial Times in September, estimating that it would take five years for revenues to recover.

The company began to target new areas for growth, selling a minority stake to its landlord Grosvenor Britain & Ireland to help “grow and diversify the business” in June, and launching an activewear line, Roland Mouret Body, in October.

“We lost 20 years in one day,” he told the FT of the impact of Covid-19 on his business. “The buyers tried to protect themselves, the partners, the factories. You owe money [to factories] and you have dividends [to pay to partners]. It was really lonely. We had to face it by ourselves.”

The company was already struggling before the pandemic, closing its Manhattan store in 2018 to focus more on ecommerce. It posted £950,000 gross profit on sales of £16m in 2019, according to Companies House filings.

Born in a small village in southwestern France, Mouret showed his first line of 15 dresses in London in 1997, at the age of 36. His business took off in 2005 after designing the square-necked, figure-hugging Galaxy dress, which has been photographed on celebrities including Demi Moore, Cameron Diaz, the Duchess of Cambridge and the Duchess of Sussex, whom he counts as a close friend.

That same year, Mouret split with his backers over disagreements on the future of the business, and lost the rights to his name. He bought it back in 2010, relaunching the Roland Mouret label as a joint venture with Simon Fuller’s 19 Entertainment.

The pandemic has been particularly challenging for independent designer businesses, which lack the cash flow levels and exposure to higher-growth markets such as China and the US of brands owned by larger luxury conglomerates.

Mouret has openly criticised the government’s lack of support for the fashion industry in recent years, during which time costs have risen and demand fallen because of lockdowns and Brexit. “We [as an industry] have been treated like we do not exist,” he said at the FT’s Business of Luxury summit in May.