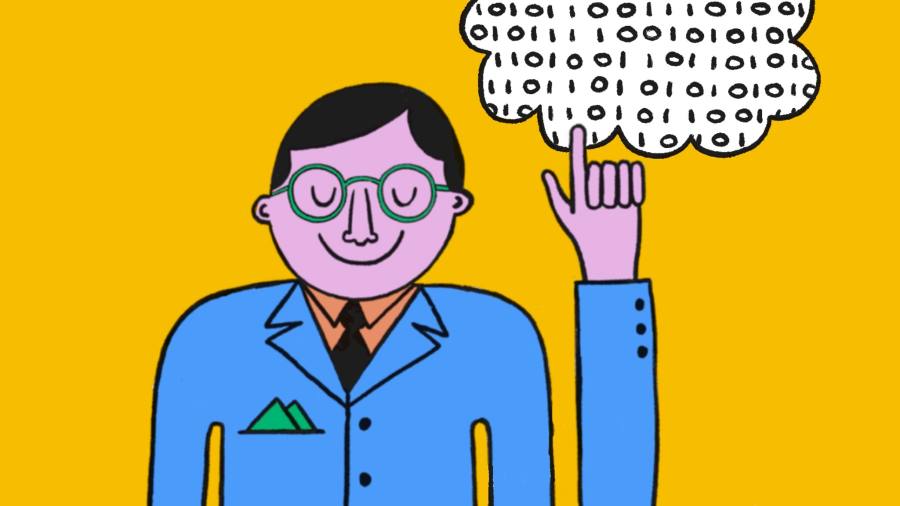 Correlation is not causation. Behind that cliché lies an important truth. In January this year, for example, the UK had one of the most stringent lockdowns and one of the highest death rates from Covid. New Zealand had no deaths and few restrictions. Yet, no matter what your favourite YouTube conspiracist might say, lockdowns don’t cause waves of Covid. Waves of Covid cause lockdowns.

But while “correlation is not causation” is an important warning, when policymakers come asking questions, it is not much of a response.

For example: why do more educated people tend to have higher incomes? Is it because education causes higher incomes, or because smart, energetic people thrive in both school and the workplace?

Why do richer places tend to have lots of foreign-born workers? Is it because the immigrants boost incomes or because people head to where the money is?

Places with lots of storks also have lots of babies. Is that because storks deliver babies or because large nations have room for both?

The storks and babies example is something of a cautionary tale, as I explain in my book, How To Make The World Add Up. In 1965, the celebrated statistical communicator Darrell Huff told a US senate hearing that the correlation between smoking and cancer was just as spurious as that between storks and babies. It is a grim example of how easily a healthy scepticism can curdle into cynicism.

All this explains why I was excited by Monday’s announcement of the Nobel memorial prize in economics. The prize winners, David Card, Joshua Angrist and Guido Imbens, led the charge in what became known as “the credibility revolution” in economics.

Faced with messy real-world data, it is tempting for economists to shrug and turn away from crucial questions such as “Does education raise incomes?” and “Do immigrants boost productivity?” Card, Angrist and Imbens showed the profession that we can be more ambitious.

It was a hugely influential finding, but perhaps the most important part of it was not the result, but the demonstration that economists could find data to answer serious policy questions.

Angrist and Krueger tackled the education-income question by observing a quirk in the education system in the US. Consider two children, one born in late December and the other born a couple of weeks later in early January. The December child starts school a full year earlier. However, both children could legally leave school on their 16th birthdays, a couple of weeks apart. The difference seems trivial, but in 1991 Angrist and Krueger showed that the January babies spent measurably less time in school and earned less, too.

It is a statistical headache, but Imbens, with Angrist, developed a toolkit to help researchers discern crisp causal relationships from fuzzy natural experiments. Economics has become a field full of clever empirical findings, and most of them stand on the Angrist-Imbens foundation.

This year’s Nobel memorial prize is bittersweet. It is a reminder of the suicide of Alan Krueger in 2019. Krueger co-authored several of the papers cited by the Nobel committee.

It is also a stark illustration of the gap between political rhetoric and the best data detective work. For example, one of Card’s most influential papers touches on the hottest topic in British politics today: can you raise wages by restricting immigration? Prime Minister Boris Johnson says that he can and he will.

The data suggest a different story. Card studied the Mariel boatlift, an exodus of 125,000 people from Cuba to the US in 1980. Most of those people arrived and stayed in Miami, and most were relatively unskilled.

Despite Miami’s unskilled workforce increasing by nearly 20 per cent over the course of a few months, Card found no sign that unskilled wages in Miami were depressed. Instead of using the influx of workers to drive down wages, Miami businesses found ways to employ these new workers.

It is just one study, but Card’s work prompted economists to rethink simplistic models of immigration. The balance of evidence now suggests that immigrants are more likely to boost productivity than suppress it.

The world is full of interesting data, but it is not full of rigorously controlled experiments. It is all too easy to cherry-pick treacherous statistics to argue that lockdowns cause Covid. But it is not much better to dismiss evidence entirely, reassuring people that cigarettes are probably safe because correlation is not causation.

We can do better. As Krueger once said: “The idea of turning economics into a true empirical science, where core theories can be rejected, is a BIG, revolutionary idea.”

Just so. It really is possible to turn statistics into insight. And we have to try.

Here’s Why the New Climate Agenda Could Lead to an Energy Crisis of Epic Proportions
50 Objects #2: Brylcreem
The Silver Supply Chain: How Is It Faring?
Hindenburg Research Offers $1M Reward to Uncover Tether’s Backing
7 Ways To Keep Your Children From Battling Over Your Things