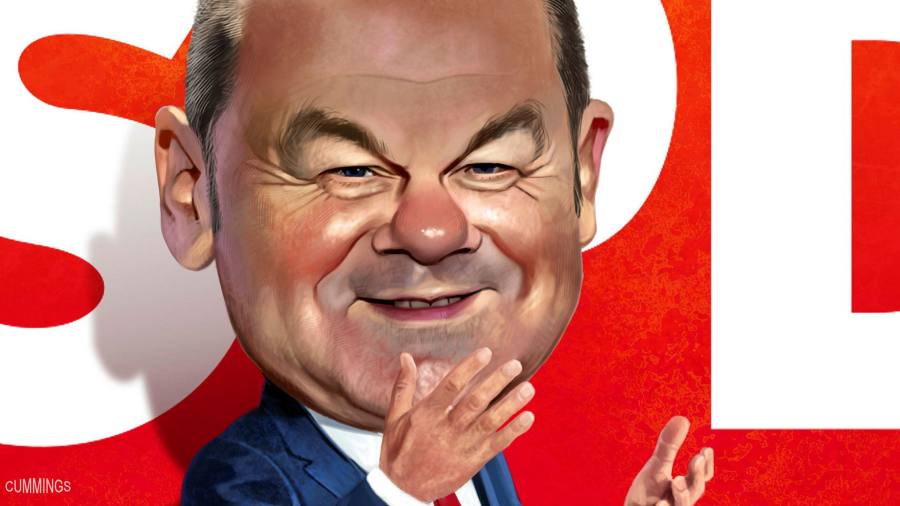 Asked this summer whether he was too unemotional, Olaf Scholz retorted that he was “running for the job of chancellor, not circus director”.

It was a typical rejoinder from a man so cool and occasionally robotic that he’s been nicknamed the “Scholzomat”. In some countries this might be a handicap, but in Germany it is a virtue. With just two weeks to go until the country’s federal elections, Scholz is emerging as the odds-on favourite to succeed Angela Merkel as chancellor.

It’s an extraordinary development. Just a few months ago Scholz’s Social Democrats were languishing at between 14 and 16 per cent in the polls. Now they are on 25, and have left Merkel’s centre-right CDU/CSU in the dust.

Everyone seems surprised — except Scholz himself. He has always argued that this year’s election will be special: the first time in Germany’s postwar history that an incumbent chancellor is not standing for re-election. “So the question . . . will be: what person do we want to run the country?” he told the FT in the summer. “And I think a lot of people would see me as the best bet.”

Indeed, Scholz’s personal approval ratings have long been better than those of his two rivals, Armin Laschet of the CDU/CSU and Annalena Baerbock of the Greens, whose campaigns have been marred by gaffes and missteps. Now he seems to have succeeded in translating them into a better poll performance for his long-suffering SPD.

He has done that by positioning himself as Merkel’s natural successor. Scholz even appeared on the front of a popular magazine last month making the Merkel “diamond” — the chancellor’s signature gesture. According to one close aide, it is all part of targeting the so-called “Merkel Sozis” — people who “voted CDU/CSU while Merkel was in charge but could contemplate voting SPD or Green”.

Scholz’s appeal was on full display last Sunday at a rally in Leipzig. At first he didn’t make much of an impression — a slight, balding man who looked as if he’d strayed from an accountants’ convention. But within minutes he had the crowd eating out of his hand, repeating the straightforward messages that have been the hallmark of the SPD’s campaign: no tax cuts for the rich; stable pensions; more social housing; and a carbon-neutral economy.

He said the pandemic had shown who really matters in a crisis — careworkers, geriatric nurses, supermarket cashiers and parcel deliverymen. They had been applauded but “applause is . . . not enough”. Scholz has promised to raise the minimum wage to €12 an hour in the first year of an SPD-led government.

One word has become the unofficial leitmotif of Scholz’s bid for chancellor: “respect”. “The corona crisis has shown whose shoulders our society is built on, who works hard and still benefits too little from an economic upswing,” he told the FT.

Underpinning his campaign promises is a serious political philosophy. Scholz is a fan of Michael Sandel, author of The Tyranny of Merit, who attacks the world of privilege liberal meritocrats have constructed and accuses them of undermining social cohesion.

Scholz, a former labour lawyer who is married to another senior SPD politician, agrees. In an essay in March he said the “imperative of social mobility” had led to a situation where “all those who don’t strive for a university degree or a job in the creative industries of the metropolis are disparaged”.

The message of “respect” seems to be having an impact. But experts downplay the significance of the SPD’s campaign promises, many of which would be hard to implement in a coalition government. “The SPD has no clear idea what it would do in power,” says Uwe Jun, a political scientist at Trier University. “Their whole campaign is centred on the personality of Scholz.”

That strategy exploits the fact that Scholz is a much more familiar face than his rivals Laschet, prime minister of the state of North Rhine-Westphalia and a relative newcomer to national politics, and Baerbock, a 40-year-old MP with no government experience.

Compared with both of them Scholz is an old hand. Born in 1958 in Osnabrück, he first joined the SPD in 1975, and as a young socialist campaigned to “overcome the capitalist economy”. But later he became a leading light of the SPD’s moderate wing, serving as federal labour minister under Merkel and mayor of Hamburg for seven years from 2011. Then in 2018 he became finance minister and deputy chancellor in Merkel’s fourth government.

In that role he steered Germany deftly through the pandemic, taking on €400bn of debt to assemble one of the developed world’s most generous economic rescue programmes.

But others are more sceptical of his record. At the rally in Leipzig, first-time voter Jean-Paul Walter listed what he called Scholz’s failures in office — the riots at the 2017 G20 summit in Hamburg that he didn’t foresee or prevent, the fall of payments company Wirecard and his role in the Cum-Ex tax fraud scandal, a set of share trades that robbed the German exchequer of billions of euros in revenue. “How can I trust the SPD after all of that?” he asked.

Scholz said his finance ministry had “drawn the right conclusions” from the Wirecard affair and changed a swath of laws to improve financial oversight. “We did not hesitate to act,” he said.

Walter wasn’t convinced. “All I wanted him to say was I screwed up and I’m sorry. But he’s clearly not capable of accepting responsibility.”