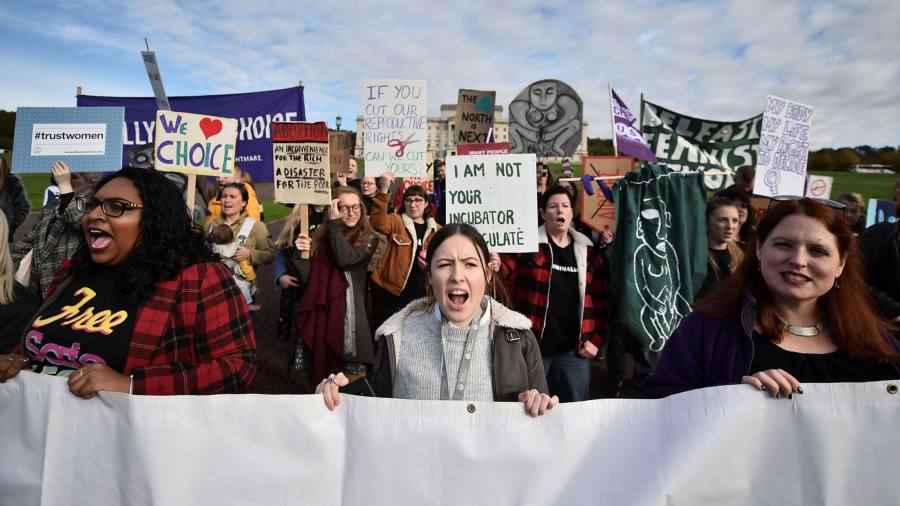 The writer is a member of the Northern Ireland Legislative Assembly

Nothing becomes Northern Ireland so much as the leaving of it. There are many sad things about the region’s history and many reasons to be hopeful about its future, but no serious judgment of the place a century after partition can avoid the fact that it is unable to retain enough talented young people.

Economic migration has always been part of the wider Irish story, and Northern Ireland’s marginal geography and small population make movement all the more inevitable, but that only partly explains the phenomenon. A recent report from the think-tank Pivotal highlighted the scale and impact of the problem. Northern Ireland is a large net exporter of students to other parts of the UK, and in 2019 only a third of them returned within six months of graduation.

The economic effects are stark. Northern Ireland has among the lowest productivity and innovation rates in the UK. We consistently fail to invest enough in human capital, we export a high volume of the talented people we do produce and — with honourable exceptions such as Belfast’s cyber and creative industries — far too many of the jobs we create are low value.

Some political parties remain inordinately proud of old-style grammar schools that compete with fee-paying English schools on the narrow measure of A* grades and Russell Group university places. But this ignores the poor outcomes for the bulk of children who do not go to selective schools; the weak skills levels of our economy as a whole; and the high proportion of those same grammar school pupils who make their lives elsewhere. Too many of those on the losing end of the academic system are literally left behind with poor job prospects and deep resentment about the inability of politicians to offer them anything new.

The causes of this brain drain are not only economic. The stagnant nature of the region’s politics, the omnipresence of sectarianism in everyday discourse and the Herculean effort required to achieve basic social policy reforms are exacerbated by the tendency of too many young people to leave.

The final straw in Arlene Foster’s leadership of the Democratic Unionist party, for example, was her abstention on a motion calling for a ban on LGBT conversation therapy; the bulk of the DUP voted against it. Little surprise that the many young people inside and outside Northern Ireland who want to see change are, to use an Ulster Scots expression, too scundered (fed up) to know where to start.

So how can young people be persuaded to stay in Northern Ireland, or return once they have gained experience elsewhere? A recommitment to the politics of sharing this unique place and to the relationships set out in the Good Friday Agreement, all disrupted by Brexit, is essential. But it must address the fact that we export far too much of our future — and that too many of those who stay are left behind by the region’s economy.

Part of the solution could lie in the unique position Northern Ireland finds itself in after Brexit. The protocol is an unwieldy compromise forced by Boris Johnson’s red lines, but it does mean Northern Ireland now straddles both the UK and EU single markets for goods, with distinctive and permanent EU citizenship rights. The region has something it previously lacked: competitive advantage, a reason to invest and an incentive to look outwards.

Capitalising on this will mean building new connections across the island of Ireland — in research, transport, education and supply chains — and onwards to the continent. If the malignancy of London’s relationship with Brussels or the obstinacy of the DUP and its fellow travellers prevent this, the region’s young people could soon face a more fundamental choice about the future of the place so many of them currently choose to leave.