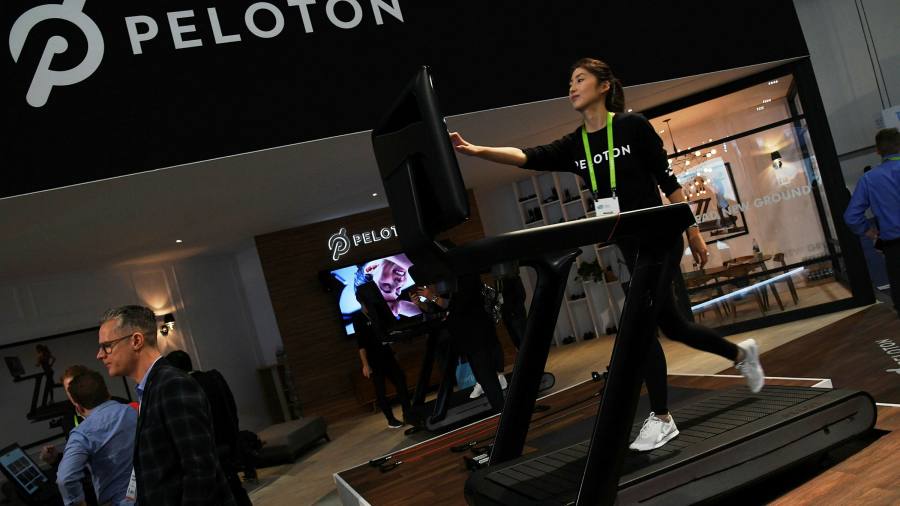 The fitness technology group Peloton has recalled its treadmills after reports of injuries and one death involving the machines, sending shares in the company to a seven-month low.

The move comes more than two weeks after the US Consumer Product Safety Commission urged people with young children or pets to stop using Peloton treadmills, following an investigation into the death of a child. There were 72 reports of adults, children, pets or objects being pulled under the rear of the Tread+ treadmill, the agency said.

Peloton had previously pushed back on the CPSC’s initial warning, calling it “inaccurate and misleading” and saying anyone over the age of 16 could continue using the Tread+.

Peloton chief executive John Foley apologised on Wednesday, saying the company had “made a mistake in our initial response to the Consumer Product Safety Commission’s request that we recall the Tread+”.

Foley added: “We should have engaged more productively with them from the outset. For that, I apologise.”

Under an agreement with regulators, Peloton is voluntarily recalling its Tread+ and Tread treadmills and will offer full refunds to customers who want to return their machines. The Tread+ sells for about $4,300.

Owners have been advised to immediately stop using the treadmills, and Peloton was working on additional hardware modifications, the CPSC said.

The CPSC agreement was “the result of weeks of intense negotiation and effort, culminating in a co-operative agreement that I believe serves the best interests of Peloton and of consumers”, according to Robert Adler, the commission’s acting chair.

Foley said the company was “committed to work with the CPSC to set new industry safety standards for treadmills. We have a desire and a responsibility to be an industry leader in product safety.”

Richard Blumenthal, a Democratic senator from Connecticut, applauded the recall but called it “dangerously delayed”, accusing Peloton of obstructing the CPSC’s investigation.

Peloton, best known for its upscale stationary bikes that connect to live classes, introduced its treadmill in 2018. It announced last year that it was launching a cheaper version of its treadmill, the Tread, with a retail price of about $2,500.

Shares in Peloton fell 10 per cent to $87.08, down to levels last recorded in September.

On the Peloton Tread Facebook group, which has 32,000 members, users reacted with dismay for the recall and expressed support for the company. Several emphasised the voluntary nature of the recall. “Taking my Tread? You and what army?” wrote one.

When one person asked the group, “how many of you will return it?”, few indicated they would. Typical responses included “Nope”, “Not Me!!” and “NEVERRRRRR!!!!!!!!”.

According to Peloton customer service, all outstanding Tread orders that have not been delivered “are in the process of being cancelled and refunded”. The company is also working on a software update that would automatically lock the treadmill after each use.

When Peloton reports quarterly earnings on Thursday, revenues are expected to reach $1.1bn, a new record, according to Refinitiv. The group has struggled to keep up with orders for the past year as millions of people reinvented their fitness routines at home with gyms largely closed.