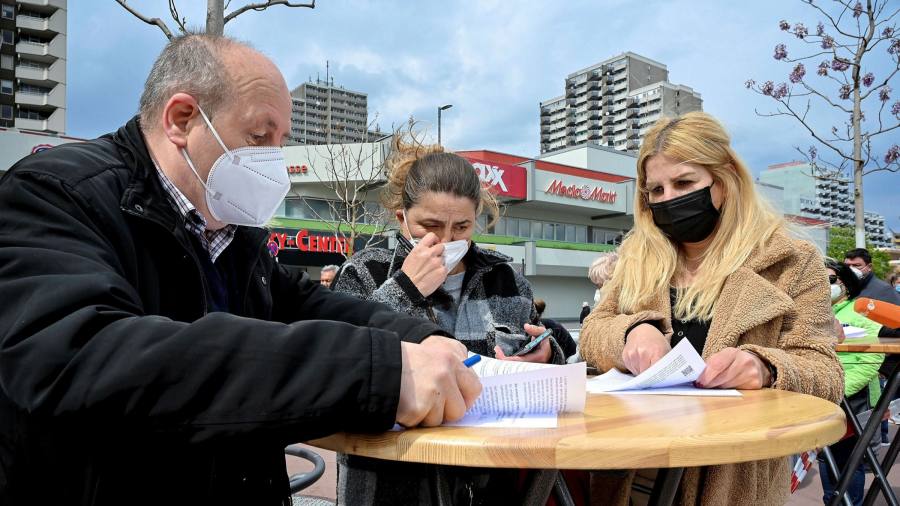 Germany is to lift restrictions on people who have been vaccinated against Covid-19 as early as this week, in a move that some critics say discriminates against younger people who are months away from getting the jab.

The bill was given the green light on Monday by Germany’s “corona cabinet”, which is chaired by the chancellor, Angela Merkel. It says people who have been inoculated against Covid or have recovered from the disease will no longer be subject to curfews or restrictions on social gatherings. Those given the jab will probably be expected to show a certificate.

The legislation was authored by justice minister Christine Lambrecht, who argued that since such people no longer present a health risk to others, the restrictions on their fundamental rights must be lifted. Ministers hope it should be passed by the German parliament as early as this week.

The move comes against a backdrop of mounting frustration in Germany at tough coronavirus restrictions that are now entering their sixth month. Civil liberties advocates were particularly alarmed by a new law passed last month that granted sweeping powers to the central government to impose curfews and other restrictions in areas with a high incidence of coronavirus. Some campaigners have argued it violates Germany’s constitution and are challenging it in the country’s supreme court.

There is also anger at the slow speed of vaccinations, although the pace has quickened in recent days. Nearly 23.5m people have received at least one dose of vaccine, and of these, 6.66m are fully inoculated. But that represents just 8 per cent of the population, compared with 55.8 per cent in Israel, 23 per cent in the UK and 32 per cent in the US.

The Lambrecht bill says people who have received the Covid jab or have recovered from the disease can enter shops or hair salons without having to show a negative test result. They can also visit zoos or botanical gardens and meet up with other vaccinated people and family members.

In addition, people who have received a Covid shot will no longer have to go into quarantine after trips abroad, unless they are returning from countries where a virus mutation is prevalent.

Government spokesman Steffen Seibert said it was not about granting privileges to those who had received the shot but “giving them relief and waivers . . . from certain restrictions, as is due to them under their constitutional rights”.

But the move is contentious. Germany has prioritised older people in its inoculation campaign, and only the over-60s are receiving appointments for vaccinations. So there is concern that just the older generation will be able to benefit from the relief outlined in the new law.

Tilman Kuban, head of the Christian Democrats’ youth wing, the Young Union, said for the bill should be expanded to cover all those who have tested negative for coronavirus.

“Most young people have shown a lot of solidarity over the past year, doing shopping for older people, helping in vaccination and test centres and rightly getting to the back of the queue for vaccinations,” he told Die Welt newspaper.

“We shouldn’t be sending a signal that a certain part of society is allowed to travel again and live normally while others have to stick it out for months to come,” he said.

The senior Christian Democrats echoed that sentiment. “Only 25 per cent of the population have had their first jab, and even fewer have had both,” said Daniel Günther, governor of the northern state of Schleswig-Holstein. In such a situation, “restoring rights to people just leads to new injustices”.