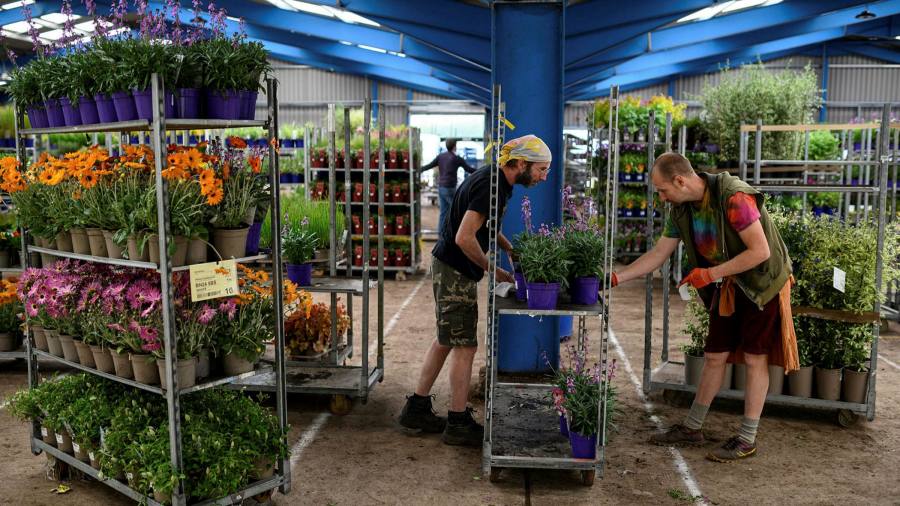 Retail sales in Great Britain rose 5.4 per cent in March compared with the previous month, data from the Office for National Statistics showed on Friday. This was a much stronger reading than the 1.5 per cent forecast by economists polled by Reuters and followed an expansion in February, even though non-essential stores have been shut since early January.

The flash, or interim, composite purchasing managers’ index also published on Friday by the research group IHS Markit and the Chartered Institute of Procurement and Supply rose to 60 in April, from 56.4 in the previous month and the highest level since November 2013.

Chris Williamson, chief business economist at IHS Markit, said: “Companies are reporting a surge in demand for both goods and services as the economy opens up from lockdowns and the encouraging vaccine rollout adds to a brighter outlook.”

The PMI was also stronger than 58.2 forecast by economists polled by Reuters and comfortably above 50, which indicates a majority of businesses reporting growth. It was also higher than the 53.7 of the composite PMI index for the eurozone, indicating an earlier recovery in the UK thanks to faster vaccine rollout and reopening of the economy.

Hiring accelerated at the fastest rate since August 2017 with panellists noting that this was driven by new recruitment rather than workers being recalled from furlough.

Separate data by the research company GfK showed that consumer confidence also rose to the highest level since before the first lockdown.

Kallum Pickering, economist at the investment bank Berenberg, said: “Led by a rapid recovery in domestic demand, the UK is building serious recovery momentum heading into the summer.”

James Smith, economist at ING, said that, unlike last summer, “there appears to be greater optimism about the durability of the recovery”, adding that he expected the jobs market to recover more quickly than it had following previous recessions.

Samuel Tombs, chief UK economist at Pantheon Macroeconomics, said incoming data are consistent with growth of about 5 per cent in the second quarter, adding: “The economy is rebounding as soon as Covid-19 restrictions have been eased.”

Forward bookings for hotels and restaurants ahead of lockdown restrictions lifting helped raise the PMI index for services to 60.1 in April, up from 56.3 in March and the highest level since August 2014. Business services also grew rapidly in April, reflecting rising confidence towards the UK economic outlook, Markit said.

The survey was conducted between April 12 and 21 as lockdown easing began in England, providing the first comprehensive indicator of the impact of Covid-19 restriction easing.

The PMI index for manufacturing also rose to a near record high of 60.7 in April from 58.9 in the previous month, reflecting rising orders. But Markit noted that the PMI reading partially reflected a rapid lengthening of suppliers’ delivery times during April.

Sales among clothing retailers were 17.5 per cent higher than the previous month, but were 42 per cent below the pre-pandemic level of February 2020, reflecting limited demand for fashion after a year of people spending most of their time at home.

Overall retail sales were 1.6 per cent above pre-pandemic levels, supported by consumption switching from services to goods, such as buying fitness equipment instead of gym memberships.

The proportion of shopping conducted online remained high at 35 per cent, well above the 23 per cent reported in March 2020, illustrating how the pandemic has fast-forwarded a shift to internet shopping.

Covid Has Triggered The Next Great Financial Crisis
Assets That Increase Your Net Worth
Gold price rally in May? Chances are tied to inflation expectations as U.S. data runs hot – analysts
Cronos Group 1Q Profit And Revenue Miss Estimates; Shares Up 4%
Biden Regime to Employ Private Corporations to Spy on Americans Engaged in “Extremist Chatter” Online