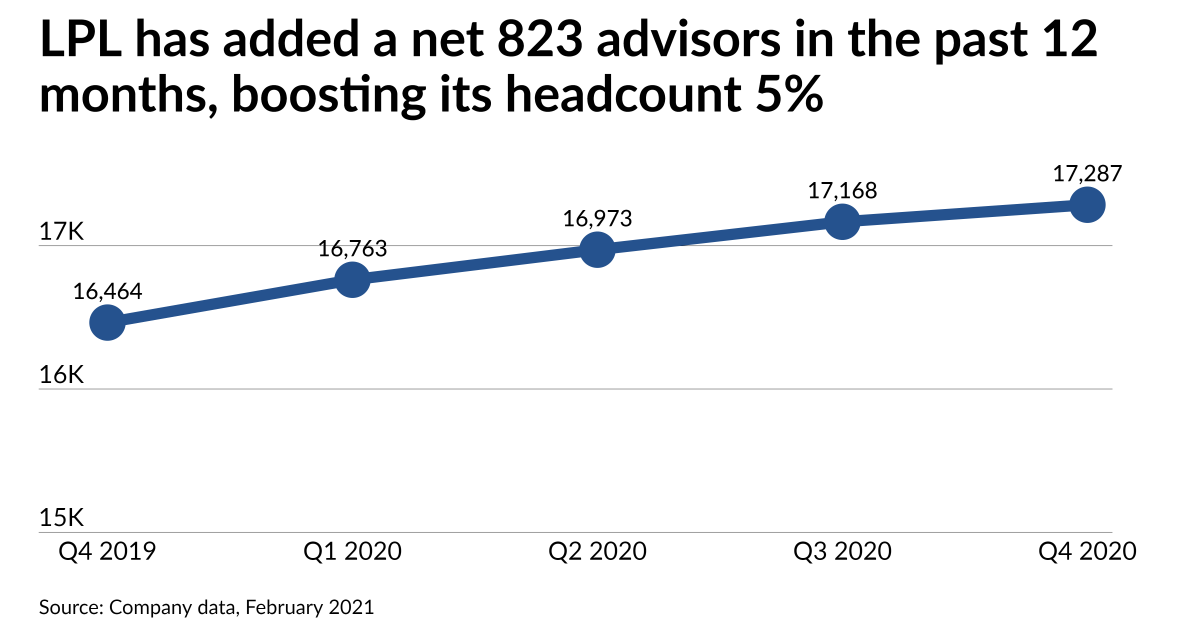 With a growing number of independent wealth managers vying for wirehouse breakaways, LPL Financial has now recruited a half-dozen ex-employee teams to a channel it launched last year.

The LPL program “really allows us to simplify our business and have the strategic support so that we can really focus on our business and strip away some of the noise,” Brown said in a statement. “We believe NorthEnd could be a destination for other advisors, whether breakaways from a wirehouse or independent advisors looking for more scope.”

Representatives for Merrill Lynch didn’t immediately respond to a request for comment on the Greenville, South Carolina-based practice’s departure.

In creating the new channel, LPL followed rivals like Kestra Financial and Raymond James in offering breakaway teams a specific package of services that enable independence with a higher tier of administrative support from the corporate office. Breakaway firms have an increasing number of suitors: In addition to LPL’s traditional BD rivals, RIA consolidators and platforms have been springing up in the last decade or so, with the same prospective breakaway targets and similar services. Many of the firms also offer equity swaps, adding another factor to an array of options for BDs, RIAs and other vendors.

Brown cited office lease negotiations, furniture orders and website building as among the most attractive services LPL offers to the breakaway channel. Others include technology setup and human resources tasks. In addition, NorthEnd receives outsourced administration, marketing and CFO services that LPL provides to its more than 17,000 advisors on a subscription basis.

Two other NorthEnd staffers, Jeannie Fowler and Ashley Thomason, left Merrill Lynch for LPL as well. Each of the four partners came to wealth management from other industries — mechanical engineering, marketing, education and the law. “We come from hard-working, blue-collar families, and we understand the amount of work and sacrifice it takes to earn and save $100,000 or $100 million,” Brown said in the statement.

Despite LPL’s lower profits in 2020 due primarily to the impact on interest rates and the larger economy from the coronavirus, the IBD added a net 823 advisors and recruited client assets of $40.9 billion. Five breakaway teams picked the Strategic Wealth Services division in 2020, and the firm had “a solid pipeline with a number of commitments that will join in the first half of this year,” LPL CEO Dan Arnold said on the firm’s last earnings call in February. The firm has reached more than 1,400 subscribers at LPL for six different outsourced services.

“It’s logical for us in our overall journey around this play to begin to experiment there and it’s early days of that experiment,” Arnold said. “We will likely take one of these solutions and begin to explore how that might work and present itself outside of the LPL family of advisors.”