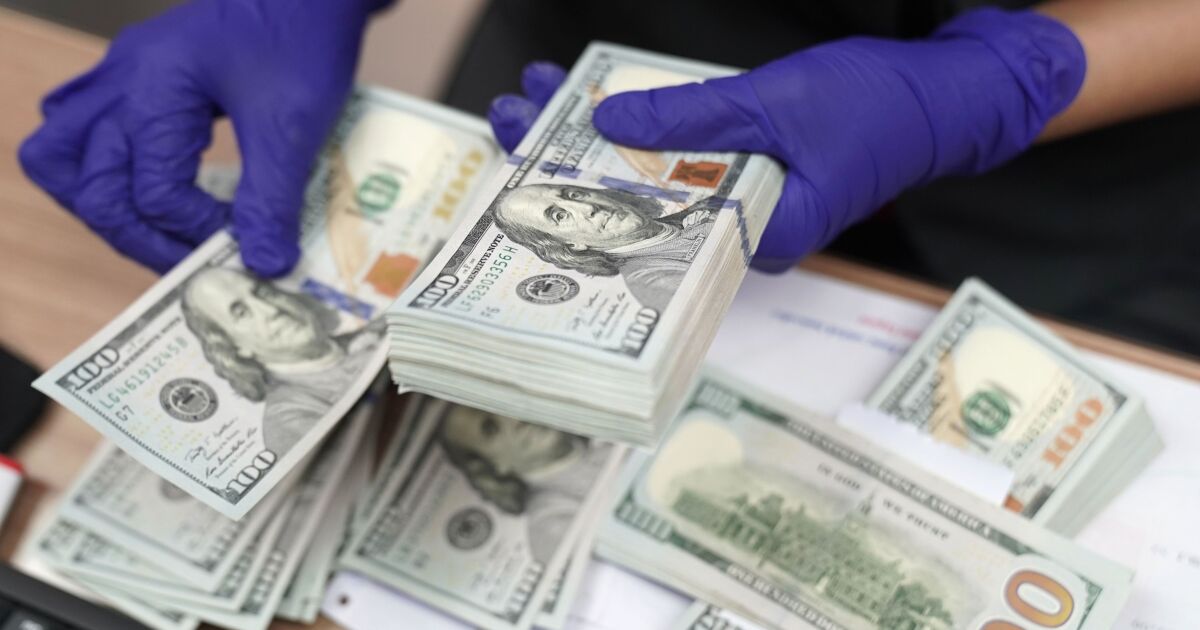 The pandemic stimulus package that’s muscling towards the finish line contains a powerful financial boost that can jumpstart wealth-building for young adults.

Under the $1.9 trillion COVID relief bill passed by the House on Feb. 27, checks of up to $1,400 would flow to middle- and modest-income taxpayers. And unlike previous rounds of stimulus checks, the bill would also provide money for dependents aged 17 to 24.

That means millions of college students and other young adults are on track to get a nice chunk of change — one that can kick-start their retirement future, if smartly deployed and if their parents, who are the taxpayers, are willing to give them the checks.

It gets even better: Some college students and other young adults may also be able to claim up to an additional $1,800 from the two prior stimulus programs. Among the eligible: those who graduated last year and are now in the workforce (or not) and filing their own tax returns, or those who turned 24 last year, can retroactively claim the two prior stimulus payments ($1,200 and $600) when they file their taxes this year.

“The stimulus money can be a great way to jump start a long-term financial plan for those who don’t already have one,” says Cody Cassidy, an advisor at TCI Wealth Advisors, an RIA firm in Tucson, Arizona. “That can certainly be a window to future wealth.”

The once-in-a-lifetime wealth window opens up after the two prior stimulus packages locked out anybody over age 16 who was claimed as a dependent — the vast majority of college students — as well as disabled adult dependents. The third check goes to all dependents, regardless of age.

Designed to help people weather reduced income during the COVID pandemic and boost the consumer spending that makes up 70% of the U.S. economy, the stimulus package still has to pass the Senate before reaching President Biden’s desk for signature. Democrats are scrambling for that to happen by March 14, when supplemental unemployment benefits are set to expire, with stimulus checks of up to $1,400 potentially going out as early as the end of this month.

But because the relief plan contains other provisions, including a contested (by Senate Republicans) proposal to hike the minimum wage to $15 an hour, things could still change for timing, amount and income limits for the new checks.

The two prior government-relief payments ($600 in December 2020 and $1,200 in March 2020) excluded young adults age 17 to 24 whose parents claimed them as dependents on their own returns. While taxpayers with dependents under age 17 got an additional payment of $500 and $600, respectively, on their behalf, older dependents afforded no benefit for their parents or guardians.

Technically, stimulus checks for dependents go to their parents or guardians. As with the prior two government relief checks, the full $1,400 payment would go to individuals making up to $75,000 a year (up to $150,000 for married couples).

Once a taxpayer makes at least $100,000 ($200,000 for married couples), there’s no check at all. But this time, the checks would be reduced at a faster rate, giving individuals a partial payment that tapers down before they hit the income limit and it disappears altogether.

In all, an additional 15 million people would have been eligible for the two prior stimulus checks had those packages defined a dependent as either under 19 or a full-time student under 24, the Urban-Brookings Tax Policy Center estimates. The current package functionally includes those definitions, meaning that 15 million college students and other young adults will get checks up to $1,400. Michael Delgass, a lawyer and managing director at WealthSpire Advisors, an RIA in New York, says that the expansion of the third stimulus payment to adult dependents could mean that children or even grandchildren of an advisor’s clients could end up qualifying for the checks.

Putting stimulus checks to work
The smart move for young recipients is not to splash out on a new iPhone or other fancy purchase, says Robert Pagliarini, the president of Pacific Wealth Advisors, an RIA in Irvine, California. Instead, they should channel their $1,400 into tax-free investments. His recommendation: a Roth IRA, “the best investment vehicle you can find,” Pagliarini says.

Because stimulus checks aren’t taxable, they can go straight into a Roth IRA. And the compounding of gains over decades “could end up as a nice nest egg at retirement,” says Arvind Ven, the founder and chief executive of Capital V Group, an RIA firm in Cupertino, California.

Asked if putting government relief into a Roth IRA is a pathway to financial security for millennials and Gen Z, Mack Bekeza, an advisor at Millennial Wealth Management in Broomfield, Colorado, says, “Yes, yes, and yes!”

The opportunity for young adults comes as advisors struggle to persuade an estimated 70 million millennial investors (those born between 1981 and 1996) to embrace financial planning. Only three in 10 advisors are actively courting clients under the age of 40, which includes Gen Z, born after 1996 — despite the fact that $30 trillion in wealth will fall in their hands over the next decade as their boomer parents retire.

Mathis, citing unemployment and savings data, argues that “the vast majority” of new stimulus money will go to “people who do not need it” for rent, utilities and other necessities. That means those people can invest it.

“The stimulus checks are a great opportunity to use this money to build basic financial security,” says Sophia Bera, a certified financial planner and the founder of Gen Y Investing, an RIA firm in Austin, Texas. She counts investing in a retirement account as one of “three great things to do” with the windfall, the other two being paying off high interest-rate debt and building up emergency savings.