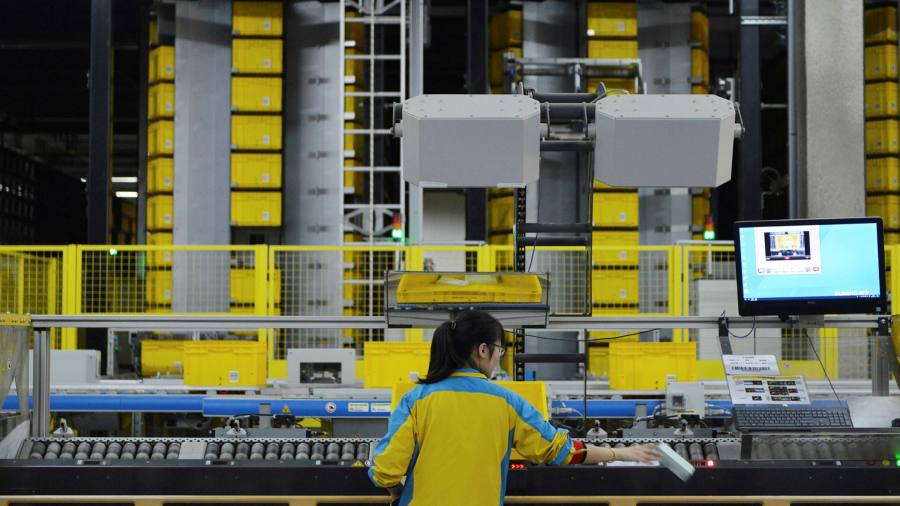 Suning, China’s biggest bricks and mortar retail group and the owner of Italian football club Inter Milan, plans to sell a $1.5bn stake in one of its subsidiaries in a bid to fortify its finances.

Shares in Suning.com were temporarily suspended in Shenzhen on Thursday as Suning said that Zhang Jindong, the billionaire founder of the business, was among a group of shareholders looking to offload up to a quarter of the online subsidiary to industrial investors.

Suning, which is part-owned by Alibaba and owns the Carrefour chain of supermarkets in China, is among a clutch of expansive Chinese conglomerates coming under intensifying market scrutiny over a wall of debt obligations due this year.

Zhang vowed in a speech last week to sharpen the company’s focus on the retail business and shed non-core units. In a stock market filing on Thursday, Suning.com said the planned stake sale would improve the company’s equity structure and advance its long-term strategy. A Suning spokesperson company declined to comment further.

Zhang founded Suning in 1990 as a home appliances retailer, but the group rapidly expanded into a conglomerate with scores of related companies and subsidiaries. Its interests now extend beyond consumer retail into property and technology. In 2016 it paid €270m for Inter Milan, one of Italy’s most prestigious football clubs.

The company, based in Nanjing, eastern China, was thrust into the spotlight earlier in February after the Financial Times reported it was seeking $200m in emergency cash to shore up the finances of the Serie A football club.

Suning was also affected by its investments in Evergrande, the country’s most indebted property developer, underlining the complex web of shareholdings across corporate China. Hong Kong-listed Evergrande was on the hook to repay about Rmb130bn ($19bn) to investors in its mainland Chinese property subsidiary if the business failed to list in Shenzhen by early 2021, triggering fears of a cash crunch.

Suning had invested Rmb20bn in the business in 2017, according to stock market filings, meaning it would have been entitled to its money back if the listing did not go ahead. But in late September, Evergrande announced that the majority of investors would not demand repayments. The listing was cancelled in November.

Suning paid off $1.5bn in debt late last year but has more large obligations looming, including $600m in notes due in September.