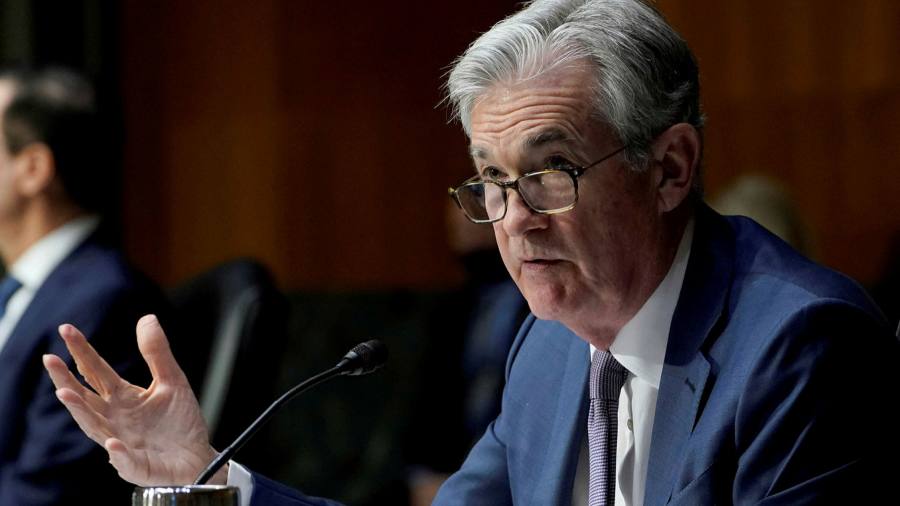 In Europe, the region-wide Stoxx 600 lost 0.7 per cent in late-morning trading. London’s FTSE 100 benchmark and Germany’s Xetra Dax were both down by 0.6 per cent.

A sell-off in US government bonds — whose returns are eroded by inflation — continued. The yield on the 10-year note, which moves inversely to price, climbed 0.02 percentage points to 1.36 per cent.

The 10-year yield started the year just above 0.9 per cent, but has risen consistently with predictions that US President Joe Biden’s proposed $1.9tn fiscal stimulus package will feed through to faster price rises.

“The main concern is related to the prospect of increased inflation,” said Tancredi Cordero, chief executive officer at advisory firm Kuros Associates. “There’s a lot of concern amongst investors in fixed income and businesses that are sensitive to that.”

The big question is whether rising inflation will push the Federal Reserve away from its path of ultra-loose monetary policy. Jay Powell, its chairman, will on Tuesday and Wednesday give his semi-annual testimony to the Senate Banking and House Financial Services Committees. These will be “important events,” said Jim Reid, research strategist at Deutsche Bank.

Futures markets suggested the negative sentiment would spread into the US session. Futures tracking the blue-chip S&P 500 fell 0.7 per cent and those for the Nasdaq 100 lost 1.2 per cent.

Oil prices continued to rally, meanwhile, on hopes for growing demand as the global economy reopened following the rollout of Covid-19 vaccines. Oil was also viewed by some investors as an inflation hedge.

Copper gained as much as 3.7 per cent to hit a 10-year high of almost $9,300 a tonne in early trading on Monday, driven by reports that China’s largest copper smelter was reducing output. The price later eased to $9,004 a tonne.

Elsewhere, nickel moved above $20,000 a tonne for the first time since 2015 following a deadly accident over the weekend at a processing plant owned by Nornickel, the world’s biggest producer of the metal. Like copper, nickel pared its early gains and was trading at $19,650 a tonne by late morning.

Alastair Munro at brokerage Marex Spectron said industrial metals had also been boosted by the first official statements of 2021 regarding China’s economy.

Articles in Xinhua and other official news outlets discussed strengthening rural infrastructure and modernising agricultural production methods to spur consumption, he said. Such signs of significant growth plans “look set to be a new driver of China’s economy over the next few years”, he added.

The scourge of work email is far worse than you think
At TIAA, Duckett joins sector where players must scale up
The 15 best robo advisors
Don’t Let ‘Anchoring’ Sink Your Retirement Strategy
Elon Musk unfazed by rumored possibility of SEC probe into Dogecoin tweets