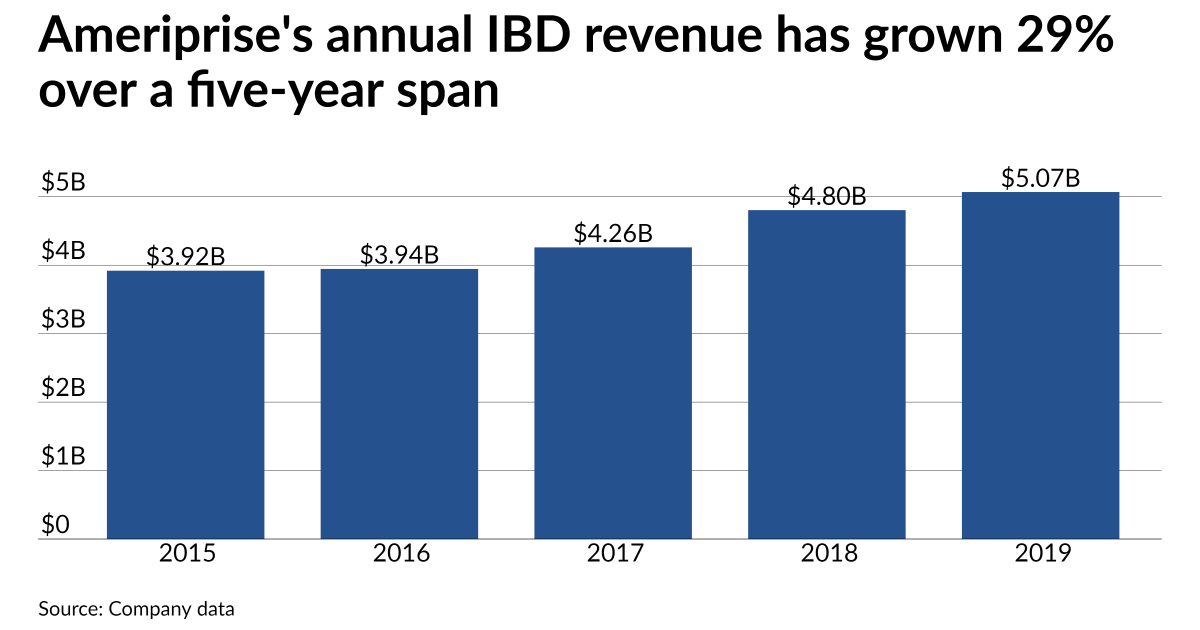 With more than 4 out of 10 financial advisors aged 55 or older, a large wealth manager rolled out a new training program aimed at the next generation of independent advisors.

The average age among financial advisors is 51 years old, and 43% of them are at least 55, according to market research firm Cerulli Associates. In addition, with the U.S. projected tobecome less than 50% whiteby 2045, wealth management shows significant underrepresentation of Black, Latino, and other minority professionals, as well as women.

Ameriprise aims to ease the path of new entrants by providing the associate financial advisors hired by its local franchise offices, as well as the existing independent advisors, with a more “prescriptive end-to-end process” than in the past, Gassman says.

“We’ve done some work to ensure they’ve really got the opportunity to succeed with the right coaching,” he said in an interview. “This is one of the things we hear independent advisors talk about all the time: ‘I know I need to grow, I need to add people, but I don’t know how to do it effectively.’”

The first cohort of roughly 100 associate advisors started in the new program in January after a pilot version launched 18 months ago. The company plans to onboard another 100 prospective advisors in July and expand it to between 300 and 400 in 2022, Gassman says.

Ameriprise has more than 7,800 independent advisors out of a total of 9,922 across its franchise and employee channels. In addition to the ever-present competition for talent, educating the next generation of advisors is “really important for the longevity” of the franchise’s practices, Gassman says. Indeed, rivals like LPL Financial and Cetera Financial Group have ramped up training for new entrants in recent years rather than focusing only on breakaway teams that started at wirehouses, regional firms, or insurers.

After small but notable gains in the number of advisors who are women, Black, Latino, or other minorities, the firms still have substantial work to do in reflecting a country that census data says is 51% women and 40% minority. For example, just 20% of Ameriprise’s advisors are women and only 9% are people of color, according to the firm’s 2021 responsible-business report. The company doesn’t break out the numbers by race, ethnicity or age.

The firm has slightly higher numbers of women advisors than the industry and lower collective figures among minority groups, based on Cerulli’s data on the share of advisors who are women (18.1%), Hispanic (5.1%), Asian (4.3%) or Black (2.9%). Firms should take “a long-term perspective” when attempting to “successfully dislodge deeply embedded perceptions and transform their culture,” according to Cerulli.

“The potential pitfalls for new advisors in the preliminary stages of their career can be daunting for promising candidates and ultimately prevents training programs from preparing a more diverse class of new advisors,” Cerulli senior analyst Marina Shtyrkov said in a statement.

Ameriprise is working to foster that long-term support within the firm. Its Black Empowerment Advisor Community Network launched earlier this month, and the firm plans to roll out other “advisor networks for underrepresented field members to connect, learn, and grow with one another while championing important issues,” spokeswoman Cassandra Osei said in an email.

In addition, the firm has been a sponsor for several years of an employment program for alumni of Howard University, as well as participating in events such as the CFP Board’s annual diversity summit, the National Black MBA Association’s annual conference and the convention of the Association of Latino Professionals for America.

The influx of associate advisors in the new training program will help change the industry’s demographics over time while cultivating new talent for the long haul across Ameriprise’s independent practices, Gassman says.

“This is something that’s sorely needed in the industry,” he says.