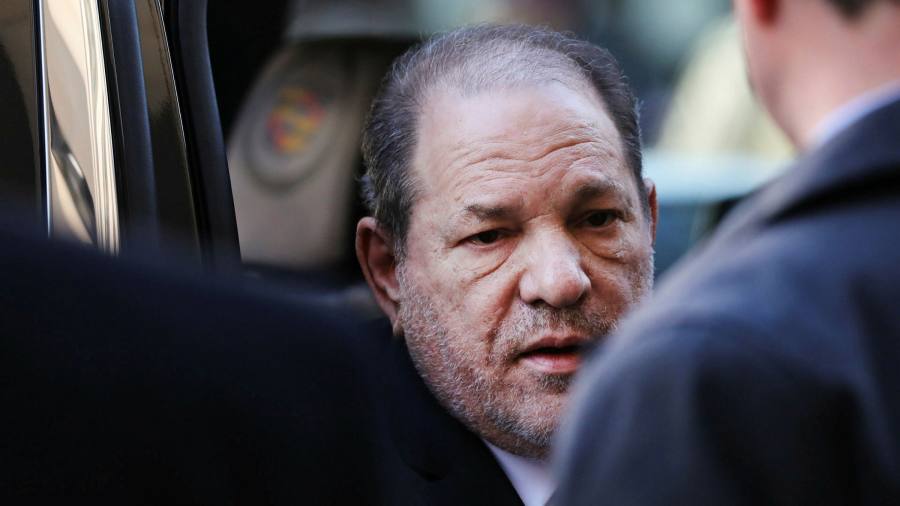 A disciplinary hearing against a partner from a top London legal firm who finalised a non-disclosure agreement for disgraced film mogul Harvey Weinstein has been abandoned on the basis it would be a threat to the lawyer’s life.

The Solicitors Regulation Authority said on Thursday that the proceedings were stopped because they would endanger Mark Mansell, a partner at law firm Allen & Overy, for health reasons.

The SRA had referred Mr Mansell to the lawyers’ disciplinary tribunal for his work on an NDA between Mr Weinstein, Miramax, the studio co-founded by the movie mogul, and Zelda Perkins, a former employee of Miramax. The agreement covered alleged sexual harassment of Ms Perkins by Mr Weinstein.

The regulator said it made the referral for alleged misconduct on the grounds that the NDA “purported to restrict the complainants’ ability to report the alleged crime to the police, co-operate fully with criminal proceedings and obtain medical treatment”.

“Our client is a senior and highly respected solicitor with an unblemished 30-year professional career,” Russell-Cooke, lawyers for Mr Mansell, said in a statement. “Our client is and remains of the view that the proceedings are misconceived and should never have been brought.”

The case of Mr Weinstein, who in March was sentenced to 23 years in prison by a New York judge for sex crimes, has shone a fierce spotlight on the role of NDAs. In early 2019, the regulator for UK lawyers launched new guidance on NDAs following a jump in complaints over their use in misconduct cases.

Absolutely nothing has changed [on use of NDAs]. It is unethical and wrong in most cases and regulators do not have the teeth to deal with it so we need new legislation — it is at the feet of government

The disciplinary case involving Mr Mansell began in 2019, two years after Ms Perkins first broke the terms of her NDA by speaking to the Financial Times. She described the experience of negotiating the agreement as “incredibly distressing”.

Ms Perkins told MPs on the women and equalities select committee in 2018 that she feared being “utterly crushed” and sent to jail if she broke the NDA with Mr Weinstein and Miramax.

The SRA said on Thursday that Mr Mansell had made applications to the disciplinary tribunal to either dismiss the proceedings on the grounds that he had no case to answer, or halt them for health reasons. Mr Mansell’s medical condition has not been made public.

Reacting to the news, Ms Perkins said “there was a case to be answered.”

She added that, when it comes to using gagging clauses: “Absolutely nothing has changed. It is unethical and wrong in most cases and regulators do not have the teeth to deal with it so we need new legislation — it is at the feet of government.”

Russell-Cooke added: “Our client’s position is that, properly construed, the agreement did not prevent a report to the police, co-operation with criminal proceedings or the obtaining of medical treatment.”