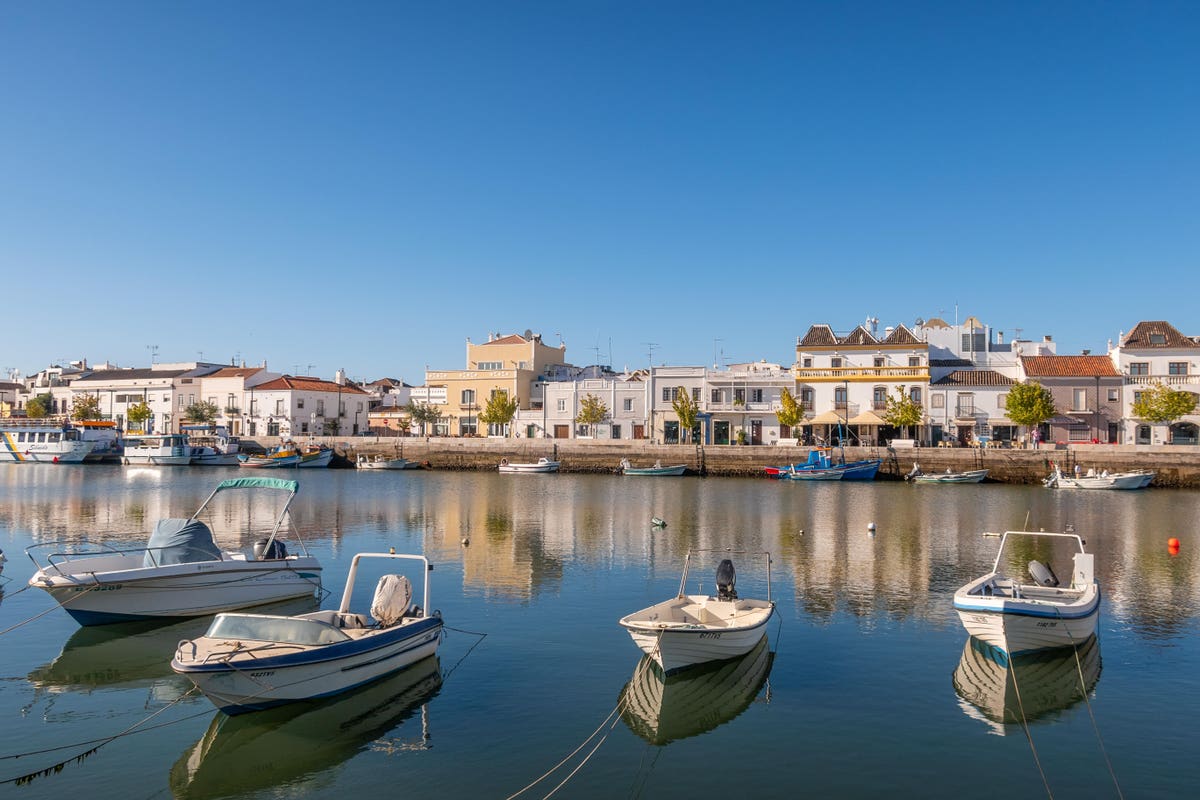 By Richard Eisenberg, Next Avenue Editor

Usually around this time of year, I write a post revealing the “best places to retire abroad” based on the new annual rankings from International Living (IL) and Live and Invest Overseas and explain why the winners won. Well, their new lists are out, but I can’t write my standard piece because… Covid-19.

Retire abroad? In the middle of a pandemic?! At a time when the U.S. State Department advises Americans to avoid all international travel due to Covid-19?

And when the Centers for Disease Control and Prevention (CDC) lists 177 destinations (from Aruba to United Kingdom) as “Level 4: Covid-19 Very High” and says on its site “travelers should avoid all travel to these destinations?”

How is it possible that IL and Live and Invest Overseas have deemed their Number One places to retire abroad in 2021— Costa Rica and Tavira, Portugal, respectively — locations that are on the CDC’s Level 4: Covid-19 Very High list?

For answers, I turned to the brains behind the International Living and Live and Invest Overseas lists, both expats — IL senior editor Dan Prescher (normally based in Merida, Mexico, but who’s been staying with family in Nebraska since December 2019) and Kathleen Peddicord, Live and Invest Overseas’ publisher, who lives with her husband, Leif Simon, in Paris.

“There’s no reason to plan a big move with the entire globe still in the grips of the pandemic.”

As it turns out, both Prescher and Peddicord think this is not a time to exit the United States and retire abroad. What it is, they say, is a time to research places to retire abroad.

“There’s no reason to plan a big move with the entire globe still in the grips of the pandemic. That does not sound like a really good idea to me,” Prescher said. But, he added, it’s “a great time to get your ducks in a row, to talk to people on the ground [where you’re considering retiring] to see how things are going there and then make the decision on where you want to go.”

Peddicord seconded that emotion: “There are options right now to start the [retiring abroad] process and make some progress on a plan. We recommend using this time while we are all on pause to formulate a plan and find out the steps to push the plan forward, even if you can’t show up in a country and start a new life, since there are not many places where that is possible.”

The Top 10 on the 2 New Global Retirement Lists

But first: you may be wondering, as I was, how did the two global retirement raters factor Covid-19 into this year’s lists to come up with their top 10 places? Those locations (IL ranks countries; Live and Invest Overseas picks communities and regions) are:

International Living, which ranked 25 countries, addressed Covid-19 by including new data in its scoring of 10 categories.

It looked at how many people, per 1,000 residents, died from the virus; how many physicians each country has per 1,000 residents; how stable the banking system is; how quickly an expat can become a full-fledged citizen and how well each nation has coped with the pandemic, according to its far-flung correspondents.

Vietnam (No. 10) and Thailand (No. 18) had the lowest Covid-19 infection rates among the 25 rated countries, but Uruguay (No. 13) is what IL editors call “the most resilient and stable place to survive a global meltdown.” Uruguay didn’t score well for climate, though, since the small South American country is pretty rainy year-round.

All that said, Prescher noted that the International Living ranking is a retirement-place list, not a vacation-place list. “We had to look far enough into the future to think where would be a good place to actually retire three to five to ten years out,” he said.

How Covid-19 Was Factored Into the Rankings

Peddicord’s Live and Invest Overseas ranking of 21 countries also combined statistics with observations from its global correspondents, scoring locations in 13 categories. Accessibility to the U.S. got extra weighting this year.

“Some places are struggling more dramatically in relation to Covid than others,” said Peddicord. ”You can travel to Belize, but with a lot of restrictions…There’s no wandering around right now.”

By contrast, she said, “a good friend in [Mazatlán] Mexico has gone back and forth from California three times and concluded it’s much better in Mexico than in California.”

But, like Prescher, Peddicord said her index “is meant to be representative of the world, in general, that we will be returning to.”

Why This Portugal Community Is No. 1

The Algarve region of southern Portugal has led the Live and Invest Overseas list for seven years, due to its sunny weather and relaxed nature. But the 2021 ranking specifically names the Algarve’s small, charming coastal fishing community of Tavira (population: 26,000) as No. 1. That’s because it’s more of a bargain than other parts of the Algarve.

“It’s a little less known, so there aren’t as many tourists, and the cost of living is a bit less” than the Algarve overall, said Simon. Monthly budget (including a two-bedroom apartment rental), according to Live and Invest Overseas: about $2,070.

Like most countries, both Portugal and Costa Rica haven’t had an easy time with Covid-19.

Simon noted that Tavira doesn’t have a beach; you need to take a ferry to get there.

One plus for American expats there: English is universally spoken in Tavira, as it is in Portugal as a whole.

Central America’s laid-back, democratic Costa Rica, which ranked No. 3 in last year’s International Living list, rose to No. 1 for 2021 by being strong in categories ranging from health care (the country has universal and inexpensive health care known as Caja) to “fitting in.”

A plus during the pandemic: Costa Rica’s proximity to the United States, for expats who want to return to America to see loved ones and friends.

Costa Rica, however, didn’t make the cut for Peddicord. She thinks the country hasn’t improved its roads and infrastructure enough for what it costs to live there.

How the Winning Places Have Coped With Covid-10

Like most countries, neither Portugal nor Costa Rica have had an easy time with Covid-19.

Portugal (population: 10.2 million) has had nearly 8,000 coronavirus deaths and roughly 475,000 cases. There’s a 9 pm curfew. And the country is not allowing U.S. visitors in unless they have residency visas.

Costa Rica (population: 5 million) only reopened its airport to visitors in November; currently keeps cars off the roads (many of which are dirt roads) after 9 pm or 10 pm, depending on the day; closes beaches at 2:30 and restricts bars to 25% capacity.

The Costa Rican economy has been abysmal, too, with a 20% unemployment rate. So, these days, it’s not an ideal location to find work in retirement.

You may have a hankering to retire overseas when the time is right, partly because of your pandemic experience. In International Living’s fall 2020 survey, 20% of respondents said the U.S.’ handling of the pandemic has increased their interest in retiring overseas.

If you want to use this time to research a potential place to retire abroad once Covid-19 vaccines are plentiful and travel becomes less restrictive, Edd and Cynthia Staton suggest making a wish list of everything your new home abroad needs to have.

That means thinking about the monthly budget you can afford; what kind of climate you’d prefer; how often you’d like to return to the U.S. for visits and the kind of community you’d be happiest in (city vs. town vs. rural; mountain vs. beach).

Once you’ve come up with your wish list, the Statons said, use the Internet to find locations that match.

The Statons have also compiled what they call “10 great places to retire only a few hours away from the U.S.” — it includes Costa Rica and Portugal.

The Numbeo crowdsourced cost-of-living database online is a helpful way to compare how much you’d likely spend residing in different places around the world. For example, according to Numbeo, a one-bedroom apartment in city center Tavira, Portugal rents for about $750 a month and roughly $570 in San Jose, Costa Rica.

Finally, the Statons — who’ve just returned to Ecuador from an extended visit to see family in the United States — said once you feel comfortable flying internationally and your chosen country is accepting tourists, take a scouting trip. That will let you see first-hand what life is like before you decide to plant stakes.

A Pent-Up Demand to Retire Abroad?

Prescher and Peddicord think the pandemic has created a pent-up demand to retire abroad among Americans in their 50s and 60s.

“When the vaccine is widely available, you’re going to see people moving [abroad] in numbers you’ve never seen,” said Prescher, who hopes to return to Mexico when he thinks it’s safe from a health standpoint.

Peddicord believes a surge in Americans retiring overseas will happen because so many people here have felt frustrated by the U.S.’ pandemic restrictions and troubled economy as well as the nation’s political strife.

“Americans are hungrier for options to say, ‘Forget it, I’ve had enough. I want peace and tranquility. Tell me where to find it,” she said.