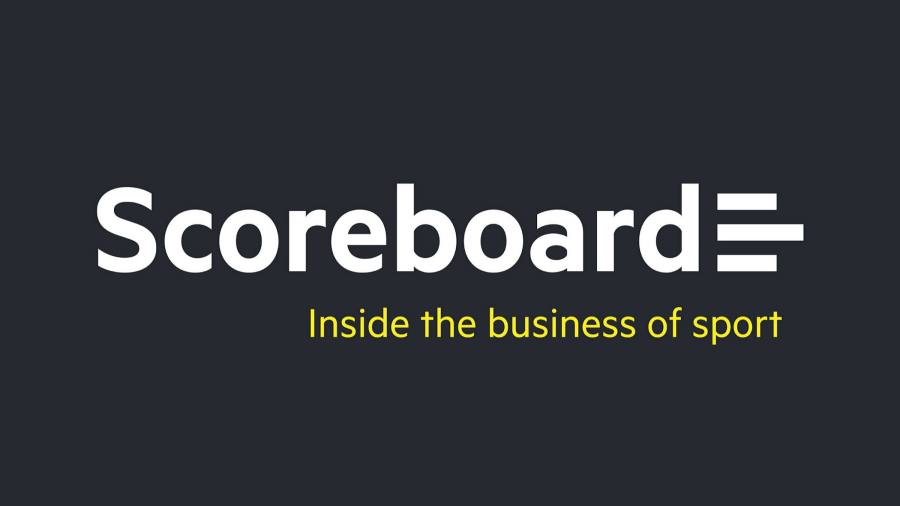 One thing to start: while we focus on business matters at Scoreboard, we must begin with reflections on a sporting giant: Argentina’s Diego Maradona, who died aged 60 this week. Simon Kuper wrote a superlative obituary about the greatest footballer of his generation. Janan Ganesh used his weekend column to produce a paean on the player. The pieces are worth your time.

In this edition of Scoreboard, we explore how plans by Europe’s richest football clubs to create a super league will more likely transform the elite Champions League, reflect on a culture war at the “Home of Cricket”, analyse how esports are seeking the broadcast deals earned by traditional sports, and more.

Send us tips and feedback at scoreboard@ft.com. Not already receiving the email newsletter? Sign up here. For everyone else, let’s go.

European football is about to undergo huge change. And money explains everything.

In a Big Read this week, the FT set out the reasons why the sport’s wealthiest clubs, such as Real Madrid and FC Barcelona, are in serious talks to create a “super league”.

This is a $6bn JPMorgan-backed plan to create a breakaway tournament that would supersede the structure of the beautiful game.

It’s a complex, winding tale and worth reading in full here.

But as one financial executive who has seen the super league proposals told Scoreboard, the chances of the breakaway happening are only about 15 per cent.

Other football executives agree with that assessment. They suggest the greater likelihood is Uefa, European football’s governing body, and the European Club Association, the body that represents more than 200 leading sides and led by Juventus’ Andrea Agnelli, will get their act together on a different plan.

This entails a reshaping of Europe’s existing club competitions, including the elite Champions League, where €2bn in prize money and TV contracts is distributed between participating clubs. These changes could mean less games in domestic competitions, or mainly, more European ties.

Talks about changing the format of the Champions League, paused during the pandemic, are now back on. One option being discussed is to expand the opening group stage, with groups of 6 teams, instead of 4.

But the idea getting the most backing is more radical: scrapping the group stage altogether and replacing it with the “Swiss Model,” an idea based on chess competitions.

This would involve each club going on its own distinct “European journey,” playing 10 matches against 10 different opponents. All teams would be placed in the same league table, with the top sides going through to a knockout phase (similar, then, to the National Basketball Association’s regular season and playoff system).

Crucially, this format guarantees at least 10 European matches each season. The current Champions League group stage only offers six games, and even the biggest teams run the risk of getting knocked out early — an annual threat to their bottom lines. That’s the pesky nature of competition though.

As you track the debate on how European football should change, just remember the endgame is the same: more big games between the biggest teams — for even bigger money.

Marylebone Cricket Club is among the oldest sporting institutions in the world. The 233-year body runs Lord’s, the north London ground, known as the “Home of Cricket”.

International cricketers from far-flung locales — Australia, India, the West Indies — all revere the ancient place. When they play there against England, only MCC members can enter to watch from Lord’s ornate pavilion. That privilege helps to explain why there is a 29-year waiting list to join MCC. And also why an almighty row has broken out at the club.

Sparking a culture war among the MCC’s 18,000 strong membership is quite a feat, given it is known for being made up of — in large part — old, white, privately-educated men. Instead, the split is between the merely well-to-do and the super-rich.

This year, MCC introduced “life memberships”, allowing some people to pay up to £45,000 to jump the queue. This helped raise £25m to plug the financial hole caused by the pandemic. But only the wealthy can afford such a huge fee.

This is another story, then, of rising inequality and the growing chasm between one-percenters and the rest.

Some members tell the FT the club has become controlled by a professional class that, in the push to improve Lord’s, such as with a £52m ground redevelopment, are more likely to cater to corporate hospitality guests than the whims of its members.

Yet, this is a battle that has been won and lost the world over.

Often, sports clubs were founded by local figures who wanted to serve their communities. Over the decades, the likes of football, baseball, rugby union started to gather followings far beyond the towns and cities in which they were based. Television supercharged that process.

Now, sporting fixtures, such as an England Test match at Lord’s, command a global broadcast audience in the millions.

Those involved in staging these mega-events have become valuable businesses. Fans are treated as valued customers, but not necessarily worth listening to in the running of sporting organisations. The distance between those who control a club and those who follow it has grown.

The difference at MCC is, given its traditions, this shift has taken longer for members to notice. The French might not get cricket, but they sum up the broader problem neatly: plus ça change.

Read the FT story explaining the battle at MCC here.

By nature, video gamers are competitive. But technological advances and faster internet has unlocked professional contests that look increasingly like sports.

So-called “esports” tournaments are capturing the attention of hundreds of millions of viewers, who are typically male and under the age of 35.

While those esports revenues are set to total $950m this year, according to Newzoo, a data provider, the industry is playing catch-up with the established sports industry worth billions of dollars.

More than 60 per cent of esports’ revenues comes from sponsors, who like how competitive gaming resonates with millennials and Generation Z.

But the battle for spectators could be extending to the lucrative broadcasting market. Esports media rights, worth $163m globally, are primed for further growth, albeit from a low base.

Esports do not command the multibillion-dollar television deals that guarantee exclusivity to lure in viewers. Instead, billions of hours of content are beamed out online by streaming platforms such as Amazon’s Twitch and Google-owned YouTube.

Nicolo Laurent, chief executive of Riot Games, publisher of League of Legends, one of the most popular video games in the world, says broadcasters are willing to pay up but esports have resisted exclusivity to build wide fanbases, a well-known dilemma in traditional sports.

“I could triple our revenue within a second by just changing my tune on exclusivity,” says Laurent. “It’s already happening.”

However, in August, Riot Games struck a three-year exclusive deal worth a reported $113m with Nasdaq-listed Bilibili for the $20bn Chinese online video and mobile games group to stream League of Legends esports global events in Mandarin.

Riot is reportedly looking to sell the English-language rights as well, in another test that will be closely watched beyond esports.

Traditional sport is keen not to lose out. Hosting virtual races were a saving grace for Formula One when the pandemic delayed the start of its real season. F1’s esports Grands Prix are broadcast on Sky. Others like the English Premier League also launched online tournaments this year.

Perhaps it’s wrong to assume that esports and traditional sports are in direct competition with one another, as they could be pitching for vastly different audiences.

But as Jakob Lund Kristensen, chief commercial officer of Astralis, an esports team, says: “We’re all fighting for leisure time.”

Midfielder Dele Ali is out favour at Tottenham Hotspur, where he is struggling to get a game for the English Premier League football club under head coach José Mourinho. Perhaps he would be better off switching sports? In this video, you can see him pull off a spectacular catch during an impromptu game of cricket in the Spurs dressing room. England’s cricket selectors should take note.

Scoreboard is written by Samuel Agini, Murad Ahmed and Arash Massoudi in London, Sara Germano, James Fontanella-Khan, and Anna Nicolaou in New York, with contributions from the team that produce the Due Diligence newsletter, the FT’s global network of correspondents and data visualisation team.

End Censorship Of The Right With This One Simple Trick
How To Set Up A Cash Balance Pension Plan
Active Managers “All In” – And Then Some
“The centralization of power always fails”
Stocks making the biggest moves in the premarket: IBM, Sierra Wireless, Intuitive Surgical & more