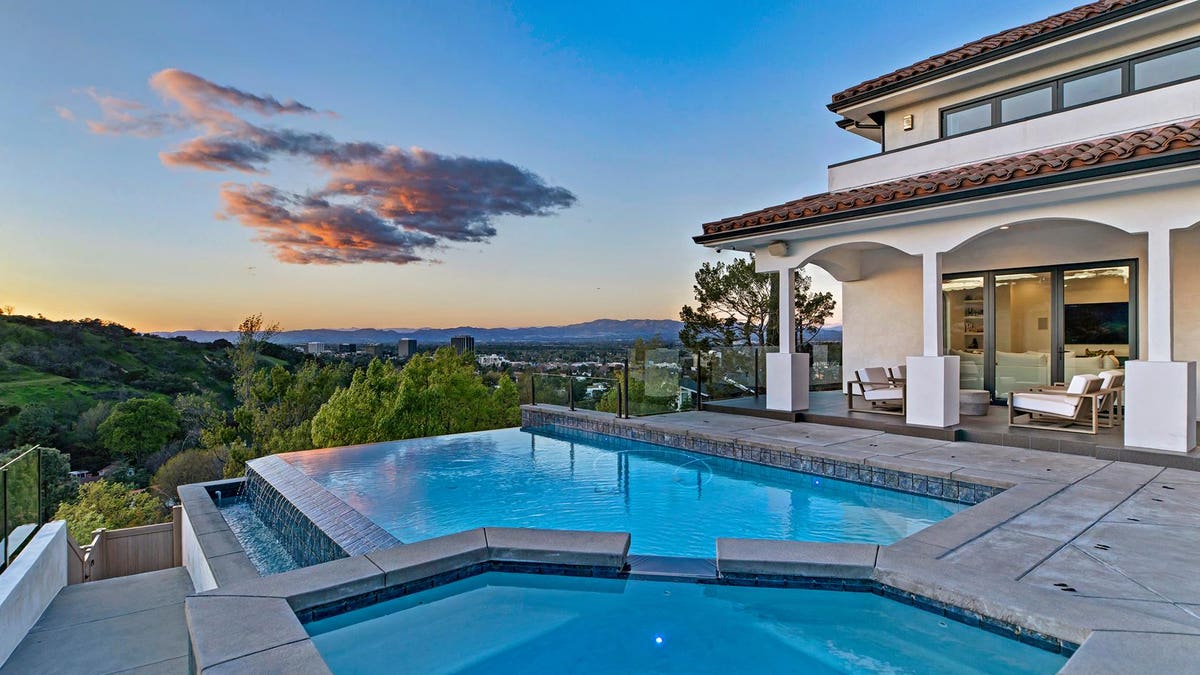 It takes big shoes to fill those of former NBA star Dwyane Wade and even bigger ones to fill his custom home in the San Fernando Valley. The 8,500-square-foot showplace, which the 13-time all-star shares with actress-wife Gabrielle Union, has come up for sale in Sherman Oaks for $6.2 million.

Owned by the couple for early three years, the 2017-built Mediterranean villa has been extensively updated and expanded during the A-list couple’s ownership.

Among features of note are a temperature-controlled wine cellar, a home theater, five bedrooms and nine bathrooms. A sculptural spiral staircase winds through the heart of the house to connect each floor, as does the elevator.

Sets of glass-paneled doors line the common areas, allowing for an easy transition between indoor and outdoor living spaces while bringing 180-degree views inside. The kitchen, which was renovated by Wade and Union, offers a clean aesthetic with white handleless cabinetry and a broad island with a waterfall edge.

The property, set behind gates and at the end of a private road, encompasses about three-quarters of an acre. Well-suited for California’s fair-weather climate, the grounds feature an infinity-edge swimming pool, wrap-around balconies and a large lawn. A pavilion outfitted with a wood-burning pizza oven sits off the pool area.

The San Fernando Valley area, particularly in the Encino and Sherman Oaks neighborhoods, has been one of the hottest real estate markets in Los Angeles over the last year, with a price creep largely driven by a lack of inventory and a burgeoning spec market.

According to the Southland Regional Association of Realtors, the median sale price for single-family homes in October was $841,000, an 11.4% increase compared with the same time last year. On the flipside, active listings have decreased by 8.5% from the previous year.

As for Wade and Union, it appears they will be staying in the area. Earlier this year, the couple reportedly paid $17.9 million for a 22,800-square-foot contemporary mansion in a different San Fernando Valley neighborhood.