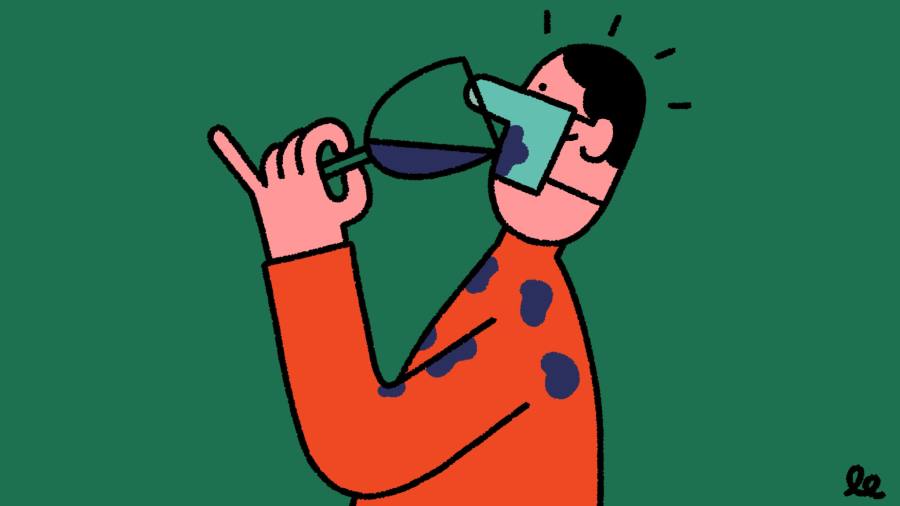 Something strange happened when I arrived to taste the 2019s at Meursault’s most famous wine cellar, that of Domaine des Comtes Lafon. Dominique Lafon had to go searching for a spittoon. Normally at this time of year it would be overflowing, but 2020 has seen a distinct shortage of tasters in Burgundy.

Sorting out my Côte d’Or tasting schedule towards the end of the year — prime tasting season — is usually a nightmare. Vignerons’ diaries are jam-packed with importers and commentators from all over the world and I have to juggle and adapt like mad. But in the second week of September, when I decided to go and get a feel for the 2019 vintage in early October, I sent out emails with a suggested day and time to 24 wine producers and got 23 immediate and unqualified acceptances. (A combination of Covid-19, building work and racking led Jeremy Seysses of Domaine Dujac to decline politely.)

It was eerily quiet when I got to Burgundy and often I was tasting with producers for whom this was their first tasting of the range. There was the odd whisper that wine writers Neal Martin and Allen Meadows were expected too, but there was no sign of any wine merchants. As Pierre-Yves Colin-Morey of Chassagne-Montrachet put it: “Last year we had too many visitors. This year too few.”

On this recent trip, Colin-Morey was one of several producers who expressed fears that the Burgundy bubble may be at the point of bursting — or might even have burst already. Around 2012, the world’s wealthiest wine collectors began turning their attention from Bordeaux to Burgundy, where quantities of individual wines are much more limited. As a result, prices have risen extraordinarily. During a visit to his cellar in Marsannay, an incredulous Sylvain Pataille showed me a picture of a bottle of Domaine d’Auvenay’s 2013 Bourgogne Aligoté, the most humble of all white burgundies, priced at €490 in a Paris shop window.

“Burgundy is at a very critical phase in its evolution,” said Colin-Morey. “We’re all waiting for people to buy again. We have to put up with this stage and wait for it to pass — but it’s got to pass!”

Louis-Michel Liger-Belair of Domaine du Comte Liger-Belair, in the village of Vosne-Romanée, saw 2019 as “like 2009 but with better acidity”. His domaine usually makes the allocations of its wide range of wines in March and, in previous years, has been swamped by emails and calls from potential buyers anxiously enquiring how many bottles they could expect. This year that didn’t happen. And the fact that Domaine du Comte Liger-Belair used to sell 40 per cent of its wine to restaurants, now shuttered or shattered, has also forced a change in the way it sells its burgundies, which cost up to £4,500 a bottle. “We’ve moved from collectors in their seventies to 30- to 40-year-olds, who have a wine fridge and buy only here and there,” said Liger-Belair. “DTC [direct to consumer] is so much more important now, and our sales network could be global. We were already working on it but Covid has pushed us to accelerate that programme.”

Liger-Belair is already selling more proactively than most of his peers. He is releasing mature bottles with perfect provenance, in packs of three or six, to restaurants straight from his cellar. In order to discourage reselling the bottles on the open market, the restaurants have to send back their corks in order to get replacements. The scheme is so far confined to France but Liger-Belair may extend it.

He is currently offering his 2012s to restaurants — not exactly fully mature but at least more evolved than most burgundies you find on wine lists even in Burgundy itself. Alex Moreau of Domaine Bernard Moreau in Chassagne bemoaned the fact that “people don’t know what mature burgundy tastes like nowadays. You go to restaurants in Beaune and there is just 2016 and 2017 on the wine lists.”

But what is the 2019 vintage like? I loved most of the wines I tasted — but I tasted almost exclusively at the best addresses. The wines were charming, full of fruit yet with great energy too. A warm 2019-20 winter possibly hastened the development of the 2019s languishing in barrels in the cellars of the Côte d’Or. They are the product of a particularly hot summer — even hotter than 2020, though not as dry and not picked so early — so it’s a bit of a mystery how they seem to have hung on to their acidity, which usually plummets in such heat.

When I discussed 2019 with the talented micro-négociant Benjamin Leroux, he asked rhetorically, “Why did they keep their freshness, especially the whites, which seemed to cope with the heat super-well? For the moment, I have no idea.” The general theory is that everything, including acidity, was concentrated in the distinctly non‑juicy grapes that characterised 2019.

Leroux’s whites were exceptionally successful. And if I absolutely had to say which colour I favoured from 2019, based on all the wines tasted so far, it would probably be white, whose yields were generally much lower than the reds, often shrunk by frost. That said, Meursault classicist and white wine specialist Jean-Marc Roulot confessed he was no great fan of his own white 2019s, which he likened to the 1990s — “too rich”.

By contrast, Roulot’s neighbour and great friend Dominique Lafon seemed delighted by how approachable the 2019s are and teased stereotypical British burgundy lovers who always seem deeply suspicious of any young wine that tastes good. And it’s true that certain 2019 reds will strike some palates as too sweet.

This may not be the longest-lived vintage — but then, as Moreau pointed out, present demand means that burgundy is being drunk younger and younger anyway. No one I spoke to thought that the 2019s would “close down” and go through the “sullen phase” that can bedevil some vintages.

More good news. As Freddy Mugnier of Chambolle-Musigny observed happily: “We’ve eliminated mediocre wine — the average quality is so much higher than it used to be.” I would concur, and I’d also suggest that the biggest improvement has been at the bottom end of the quality and price range. I lost count of the delicious 2019s carrying the lowly Bourgogne appellation that I tasted, and these seemed so much better value than the Grands Crus that demand three- or even four-figure sums per bottle and many a long year of ageing.

Once the UK merchants make their offers over the next few weeks, I hope to see some examples from very respectable addresses for as little as £25 a bottle. That, believe me, is a steal in a Burgundian context.

These are all appellation Bourgogne, the lowest official rank/appellation of burgundy, but they all taste really good. It’s too early to be precise about value because prices have not yet been released, but it’s very likely they will be relative bargains, being the cheapest of any producer’s range, and will certainly cost a fraction of their grands crus stablemates.

If no grape is cited the whites are Chardonnays and the reds Pinot Noirs. In these hot summers, Aligoté is coming into its own.

Follow @FTMag on Twitter to find out about our latest stories first. Listen to our podcast, Culture Call, where FT editors and special guests discuss life and art in the time of coronavirus. Subscribe on Apple, Spotify, or wherever you listen