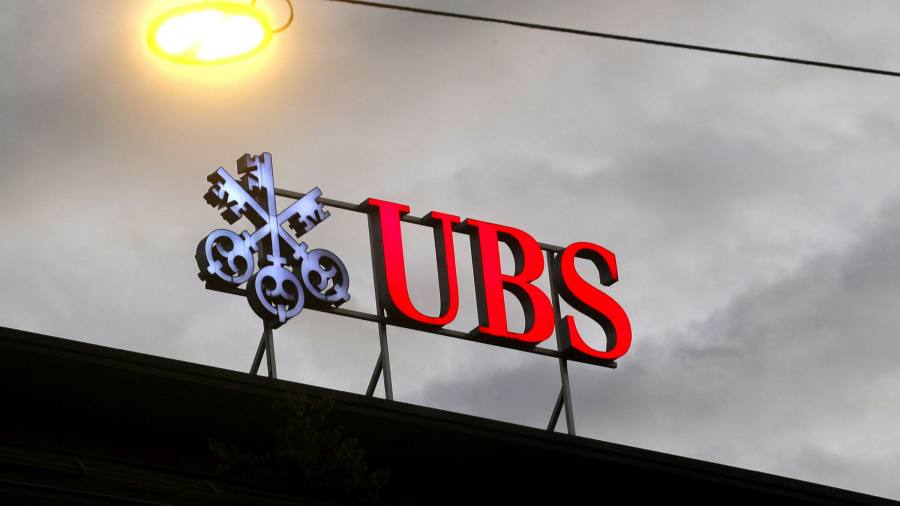 UBS has set aside $2.5bn to return to shareholders next year after a surge in quarterly earnings despite the coronavirus pandemic, marking a boost for departing chief executive Sergio Ermotti.

On Tuesday the Swiss bank, the world’s largest wealth manager, reported that third-quarter net income jumped 99 per cent to $2.1bn. This beat expectations for $1.55bn, although the figure was flattered by several one-off gains. Loan loss provisions linked to coronavirus also plunged from the first half of the year and executives said they were likely to remain modest.

The underlying performance was driven by a surge in investment bank trading revenues in volatile markets, echoing results on Wall Street last week. There was also strong performance in its core wealth management division, particularly in Asia and the Americas, where wealthy clients repositioned their portfolios in response to the pandemic and ultra-low interest rates.

“We continue to rate UBS as our top global investment banking pick,” said Kian Abouhossein, an analyst at JPMorgan. “The results reconfirm our long-term view of a preference for asset gathering with a focus on Asia wealth management, geared to the ultra-rich, and limited credit risk focused on wealth and Switzerland.”

UBS shares rose about 2.5 per cent in Zurich on Tuesday, outpacing Europe’s Stoxx 600 banks index, which was little changed. However, the stock is still down 10 per cent this year.

Despite the continuing business disruption caused by Covid-19 lockdowns globally, UBS realised loan losses of just $89m in the three months to September — far less than the $201m analysts had expected and about a third of the level in the first two quarters of the year.

Under instruction from Swiss regulators, lenders in the country were forced to withhold half of their dividend distribution in April until the second half of the year, amid fears the economic devastation from coronavirus would result in vast losses and impair banks’ ability to lend.

However, the relatively benign impact on UBS compared with other European lenders allowed it to propose restarting shareholder payments next year. As such, it announced it has set aside $1bn for an April 2021 dividend and has earmarked a further $1.5bn for buybacks.

Mr Ermotti said domestic regulators had been informed of the new pool for buybacks and had no objections, indicating they might allow capital redistributions to be restarted in early 2021. However, it is less clear that British or EU watchdogs will make the same decision.

“I understand the desire to not create a stigma on those unable to pay [dividends] . . . but I do hope domestically and internationally there are distinctions” made between stronger and weaker capitalised banks, he said.

“I don’t see political aversions in Switzerland [to allow payouts] as long as we demonstrate we are able to support the economy,” Mr Ermotti added. “There should be no doubt of the advantage for Switzerland to retain a strong financial centre.” 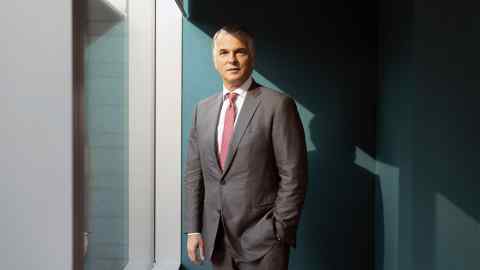 The UBS chief executive also renewed his attack on critics of stock repurchases, which he said had been unfairly “demonised”. He suggested they could be useful in boosting banks’ share prices when they are trading below the book value of their assets. This is the current situation at every major lender in Europe, a sector that has fallen out of favour with investors because of its weak profitability.

The consensus-beating results are the last for Mr Ermotti, who is to step down as head of the bank on November 1, to be replaced by former ING boss Ralph Hamers.

The figures are the best third-quarter results for the investment bank since 2012 and a vindication of one of Mr Ermotti’s key early decisions in assuming leadership of UBS to maintain its then beleaguered investment banking division.

Revenues for UBS’s core global wealth management division were stable at $4.3bn, compared with $4.1bn in the same period in 2019. Profits before tax at the division nevertheless rose 18 per cent to $1bn.

Excluding one-off gains such as the sale of a fund distribution business, pre-tax profit was up 42 per cent and UBS recorded a 21.9 per cent return on tier one capital, far more than most of its global peers.