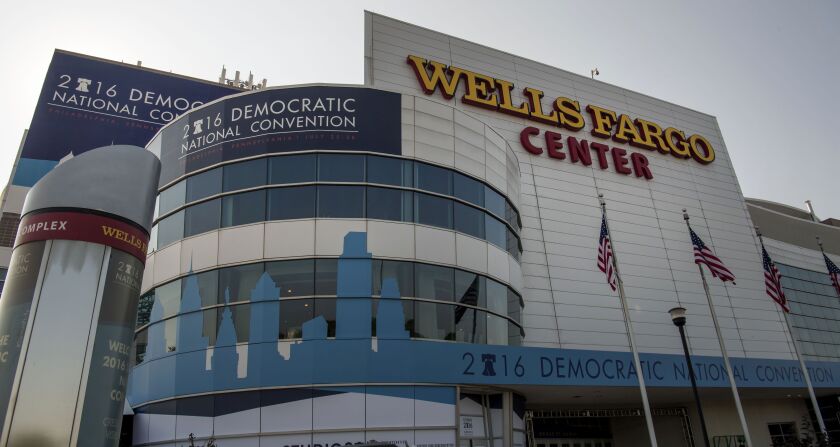 An unsuccessful bid by the Philadelphia 76ers to get public support to build their own arena may encourage the basketball team’s owners to try and spur a city versus suburb bidding war.

The NBA franchise, currently a tenant at the 24-year-old Wells Fargo Center, looked into
building a new arena in the Penn’s Landing section of Philadelphia along the Delaware River as part of a $4 billion mixed-use project that would have been funded through Pennsylvania’s Neighborhood Improvement Zone program.

The NIZ program was established as part of 2009 legislation that permits the issuance of development bonds backed by future tax revenues from businesses from a 130-acre zone.

The DWRC’s rejection means the Sixers’ pursuit of more arena revenue will lead them to other arena sites within or near Philadelphia, or across the Delaware River to Camden, New Jersey, where the team houses its practice facility.

“The City appreciates the Sixers and their commitment to Philadelphia,” said Mike Dunn, a spokesman for Mayor Jim Kenney. “We would be happy to work in collaboration with the Sixers organization to identify an appropriate site for their next arena if they choose to pursue a new location. In the meantime, the Wells Fargo Center continues to serve as a great home for the team.”

“The 76ers have long enjoyed a strong relationship with Comcast Spectacor, but the organization is exploring all options for when its lease ends at Wells Fargo Center in 2031,” a team spokesperson told The Bond Buyer.

Villanova University School of Business professor David Fiorenza said he would not be surprised to see the Sixers try to arrange an early buyout of their lease if they are firmly committed on finding a new home.

Fiorenza said the Sixers may seek another arena proposal within Philadelphia that could also be financed through development bonds, but stressed that nearby Camden could be an attractive option since both the city and state of New Jersey would likely offer tax incentives to lure them.

Fiorenza said in addition to tax credits on business and sales taxes, a Camden arena could also be funded through increases to parking and hotel taxes used by other cities when constructing sports facilities. The Sixers received $82 million in tax credits from the New Jersey Economic Development Authority to build its practice facility and team headquarters that opened in 2016. The team was given a tax abatement of real estate taxes for up to 20 years, and other taxes such as business and sales taxes

“They already have their practice facility there and it makes economic and efficient sense to be there,” said Fiorenza of Camden. “I think the state of New Jersey and City of Camden will continue to give tax abatements and tax incentives instead of the development bonds.”

The press office for Camden Mayor Frank Moran did not immediately respond for comment on potential efforts to bring the Sixers to his city.

“I do not believe there have been any discussions to bring the 76ers to Camden, but should that outreach happen I’m sure all parties would welcome a discussion,” said Kris Kolluri, CEO of the Cooper’s Ferry Partnership, a nonprofit corporation that seeks urban redevelopment projects in Camden. “Should the 76ers reach the officials in the city or government or the private sector I’m sure people would welcome a discussion.”

Philadelphia GO bonds are rated A-minus by Fitch Ratings, A by S&P and A2 by Moody’s Investors Service. Fitch assigns a positive rating outlook while Moody’s and S&P have the city at stable.

Richard Ciccarone, president of Merritt Research Services, said that while development bonds allow cities to avoid using taxpayer money for sports development projects, they may be riskier for bondholders than traditional stadium debt because they are predicated on economic activity in a specific area. Ciccarone said most stadium projects are typically backed by sales or hotel taxes levied by a municipality that provide a far more reliable revenue stream.

“Its repayment would be based upon actual development being realized in the area that surrounds the stadium,” Ciccarone said. “It makes bondholders have to believe that this will be a stimulus to the area of redevelopment.”

Ciccarone said that while development bonds have become less speculative in the last 20 years as real estate values spiked, with the majority paying debt service on time, high-yield investors would be the likely buyers of the debt. He noted that in 1980s and 1990s development bonds encountered headwinds that led to bankruptcy from developments not transpiring as expected including in Colorado and Florida with bondholders bearing the risk.

“Unless it is backed up with guarantee from someone who has an ongoing base of support to cover it, it is going to be treated as a lower quality credit,” Ciccarone said. “You have to make sure that you bring new businesses to that particular development and they produce economic activity at a level that is expected in order to meet the expectations for debt service.”

Fiorenza said Allentown’s $224.4 million bond sale in 2012 to finance construction of its downtown business district centered on an 8,500-seat arena has provided a resurgence of technology companies and arts in the city. The arena, which houses the Lehigh Valley Phantoms, an American Hockey League affiliate of the Philadelphia Flyers, as well as concerts, was built as part of the Allentown Downtown Economic Development Corporation.

The NIZ legislation encountered some hurdles after getting enacted through special state legislation in 2009 with litigation from surrounding Allentown communities, private developers and citizens that forced a reworking of the law prior to the city’s bond sale. The Allentown Neighborhood Improvement Zone Development Authority issued $184 million of Series 2012A tax revenue bonds and $40.4 million of Series 2012B taxable bonds.

Fiorenza cautioned though that the overall project might have minimal benefits for Philadelphia since construction jobs created would only be short-term and jobs at the new arena would largely be replacing positions at Wells Fargo Center. He also noted that tax credits and abatements are usually necessary for sports projects often take away any meaningful revenue gains.

“The Wells Fargo Center will be used for other purposes, but you are replacing 30 to 35 home games from the existing arena to the new arena,” said Fiorenza, a former chief financial officer of Radnor Township, Pennsylvania. “I think owners of teams should put most, if not all the money forward for these projects.”