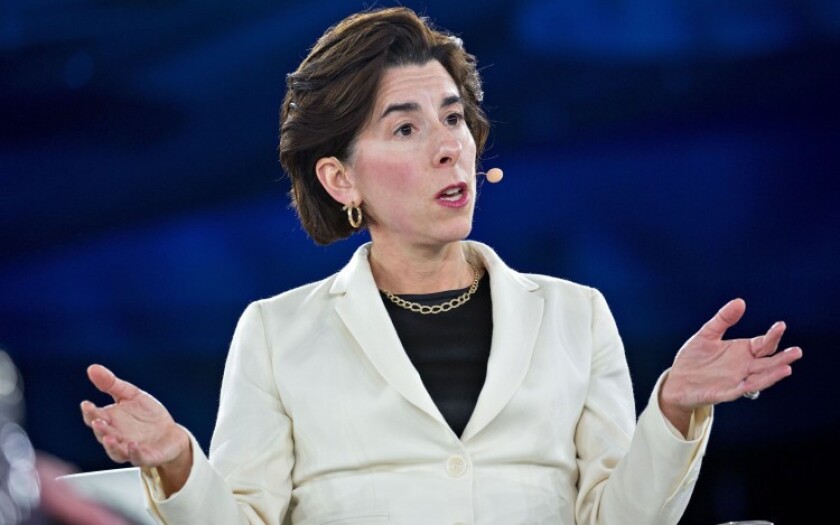 Rhode Island Gov. Gina Raimondo is convening an eight-member municipal resilience task force, which she said will craft recommendations to build economic resiliency and curb costs to prepare for a post-COVID-19 future.

The group, which the Rhode Island League of Cities and Towns requested, will consist of municipal, state and private sector leaders.

“With so much financial uncertainty, now is the time to begin exploring creative steps they can take to become more efficient and flexible,” Raimondo said in a statement.

The group, she said, will engage with municipal governments to understand their most pressing challenges.

Even with Rhode Island’s own fiscal 2021 budget in flux, state agencies have found creative ways of doing business, said Raimondo, who cited reservation systems at the Division of Motor Vehicles, and virtual and remote call centers across state agencies.

Rhode Island’s final spending plan is still in the works, with state officials and legislative leaders still hoping for further aid from the federal government.

Lawmakers in June approved a supplemental $11.8 billion budget for fiscal 2020 to buy some time.

The group’s primary focus areas, she said, will include quantifying the impact of the coronavirus on city and town finances; intergovernmental partnerships; improving service delivery through technology; and reviewing municipal revenues, cost drivers and state mandates.

“Rhode Island’s economy cannot rebound if cities and towns are struggling,” said James Diossa, president of the Rhode Island League of Cities and Towns. He is mayor of Central Falls.