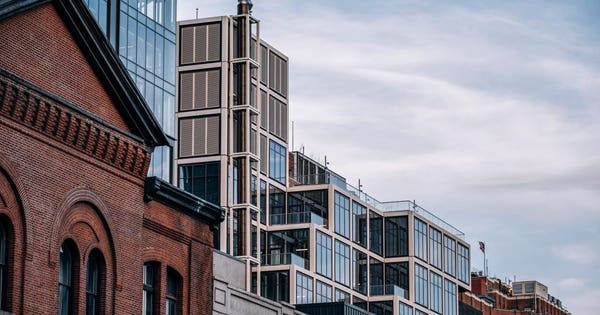 The new tax won’t negatively impact New York’s luxury marketplace all that much over the long term. Like all changes, this will take a little time to get assimilated. The New York market bounces back quickly.

What constitutes a mansion in New York City? For the past several decades, buyers of residential property in New York City have had to pay a surcharge of 1% on all sales for over $1 million; that surcharge is known as the “Mansion Tax.”  At the time it was imposed, the name wasn’t as ridiculous as it is today, when in many parts of the city $1 million barely buys you a one bedroom condominium. But this past week-end, the State Senate completely altered the structure of the surcharge, perhaps giving meaning to its name once again.

The idea of increasing the Mansion Tax on the sale of higher priced units has been discussed in both local and state government for some time. Then, earlier this year, a perfect storm of need and opportunity arose. First, the hedge fund billionaire Ken Griffin bought a 28,000 square foot pied-a-terre on Central Park South for $240 million; this, not surprisingly in our low-income-housing starved city, created a similar reaction to Marie Antoinette’s suggestion that the starving peasants outside her walls eat cake.

Concurrently, the state was casting around for new revenue sources to fund the overhaul of the city’s increasingly unreliable mass transit system. The governor’s original plan, to raise money through a tax on marijuana sales, proved untenable as the state has not yet embraced the legalization of cannabis which was to be taxed. Outrage over the Griffin purchase led to an idea that the cannabis tax money could be replaced with a pied-a-terre tax on guys like Griffin who spend a lot of money in New York but don’t live here.

Real estate interests (of which I am one) argued that the severity of the proposed tax, especially if implemented on an annual basis, could easily have a highly inhibiting effect on the high-end real estate market in New York City, thus effectively throwing the baby out with the bathwater. In other words, the implementation of such a tax would almost certainly have slowed the already sluggish sales market for higher priced condos to non-resident buyers. This in turn would reduce the base of people on whom the tax would be imposed. So the very fact of applying the tax would reduce the number of out-of-state buyers, thus diminishing the very revenue stream on which the tax was created to capitalize.

The state’s solution, approved Sunday less than 24 hours before the April 1 deadline, reverts to increasing surcharges and taxes which already exist. The new Mansion Tax, while it will continue to charge buyers of those $1 million one bedroom mansions described above at 1%, will charge significantly more as the prices go up. A $3 million deal will pay 1.5%; a $6 million deal will pay 2.25%; a $12 million deal will pay $3.25%; and anything above $25 million will pay 3.9%. In addition, the state transfer tax for city dwellers will increase from .4% to .65%. That effectively means that the future Ken Griffins will pay over 3% more in taxes after July 1 of this year, when the changes go into effect. For Mr. Griffin, that would have meant over $7.2 million in additional taxes on his purchase.

With that being said, I don’t believe the new tax will negatively impact New York’s luxury marketplace all that much over the long term. Like all changes, this will take a little time to get assimilated. The New York market bounces back quickly. Even if this brings pressure on the higher end market to the tune of a few percentage points, it will simply become another factor in the negotiation between buyers and sellers. And if it makes the subways run on time, it will be cheap at the price!