It’s been a good year for stocks.

After a steep slide at the end of last year, the major averages have rebounded from their December lows, driven higher by a slew of strong earnings and easing geopolitical tensions.

A handful of stocks have led the recovery, with names like Merck, Mastercard, Procter & Gamble, Cisco and Estee Lauder all trading right around their 52-week high levels.

Two strategists see more upside for some of these outperformers.

“Believe it or not, one of the stocks that looks pretty good on the charts … is Procter & Gamble,” Maley said Tuesday on CNBC’s “Trading Nation.” He notes that the stock has had a “nice higher low, higher high sequence” and that it’s “substantial new high” is “very positive.” 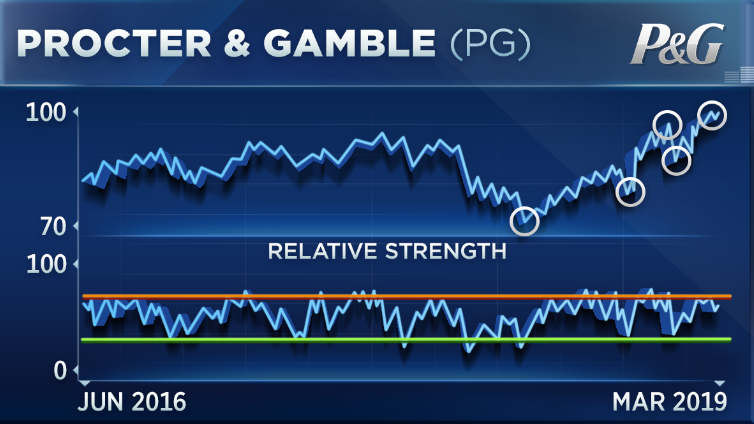 Shares of the consumer staples giant have gained almost 8 percent this year, rising to an all-time intraday high of $100.45 on Feb. 25.

However, Maley was quick to note that he is certainly not “pounding the table on this name” since it’s facing “all sorts of fundamental headwinds.”

But among the stocks hovering around their all-time highs, he says Procter & Gamble is the “least overbought.”

“If it can rally further from here, it’s going to attract some of the momentum money that it hasn’t seen in several years,” he said.

Maley is also watching Merck. From a technical standpoint he notes that the drug company has had a series of “higher highs and higher lows in several sequences,” which is typically a bullish indicator. But he’s not jumping in just yet since he says that it does look “very overbought on a near term basis.” 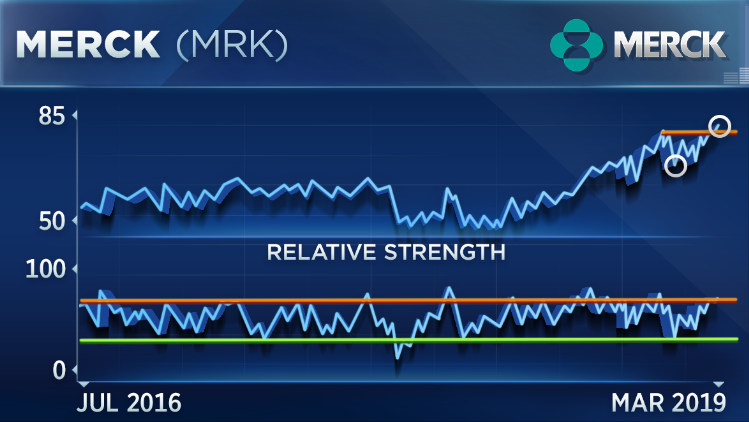 S&P Global’s Erin Gibbs, on the other hand, evaluates stocks from a fundamental perspective and says that Cisco looks the best here.

“Cisco is one of our favorites. Even though it is reaching 52-week highs, when you actually look at it from a valuation perspective, it’s actually well within its average and nowhere near its peak valuation highs,” she said.

Shares of the networking company are up almost 19 percent this year, rising to a new 52-week intraday high of $51.51.

“It’s just growing so fast. Its profits are expected to grow about 18 percent this year. … Super healthy cash flow, they have a 6 percent dividend yield, so just a really strong company fundamentally, and you’re actually getting it at a decent price or valuation, even if it is hitting highs. So we really like Cisco,” she said.