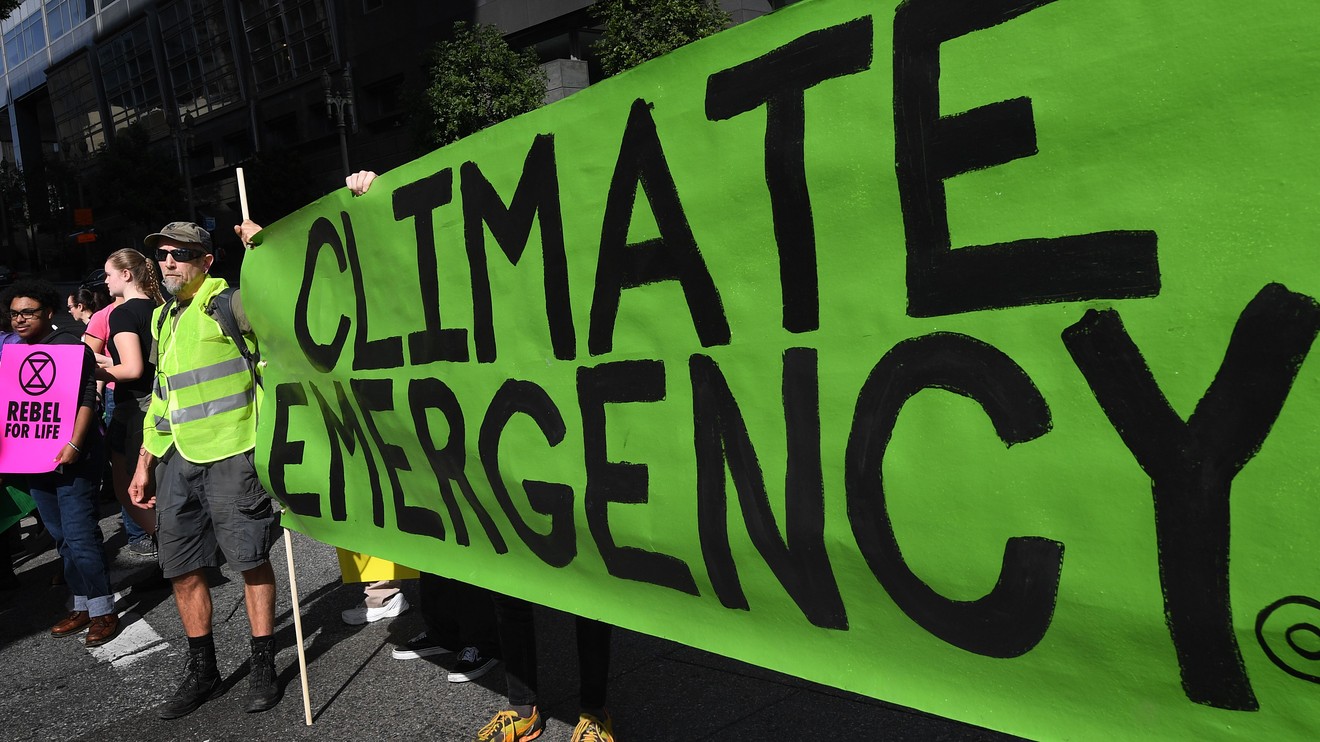 It’s proxy voting season again, when companies hold their annual shareholder meetings and let their investors vote on resolutions on everything from board candidates to diversity to parental leave.

This year, investors are gearing up to vote on 303 resolutions that touch on environmental, social and governance (ESG) issues. But if 2018 was any indication — environmental and social resolutions garnered just over 25% of votes cast — many of these initiatives are still doomed to fail, and your index fund may shoulder a fair amount of the blame.

For investors frustrated with the pace of corporate climate-change action, it may seem like divesting from fossil fuels is the best response. However, it may make more sense to keep the sector but “nag or bag” your fund manager.

Impact organization Ceres looked at how the 48 largest fund-management companies voted on climate-change-related resolutions in 2017 and 2018. They identified some clear environmental standouts, including Pimco (100% in favor of climate-change measures in 2018), DWS, formerly Deutsche Asset Management, (97% in 2018), and Allianz, AllianceBernstein and Eaton Vance (94%, 88% and 85%, respectively, for the year).

Unfortunately, some of the largest firms (by assets under management) found it wasn’t that easy to be green. Vanguard and BlackRock

In its 2018 stewardship report, Vanguard discussed its engagement with some companies on climate issues and noted that it supports the Task Force on Climate-related Disclosures. BlackRock’s 2018 investment stewardship report doesn’t mention climate. But it says one of the five main reasons it engages with companies is that its risk analysis shows the company lagging its peers on ESG matters that may affect long-term value.

Fidelity, in its 2019 proxy guidelines, notes that it will generally side with management on environmental or social issues in the belief that they generally know best how to address the issues. But it may support additional disclosures that “could provide meaningful information to the investment management process without unduly burdening the company.”

T. Rowe Price, in its proxy voting guidelines, said it analyzes shareholder proposals tied to the environment on a case-by-case basis. “Generally speaking, we will consider supporting well targeted proposals addressing concerns that are particularly relevant for a company’s business but have not yet been adequately addressed by management,” it wrote.

Nonetheless some colleges and institutions are openly considering divestment rather than continued engagement in the sector. In fact, low-carbon funds now comprise nearly 20% of the Morningstar Large Blend investment category.

But while divestment from fossil fuels may seem immediately satisfying, here are some reasons to consider sticking with oil and gas, at least for now:

1. In the past, we’ve seen divestment from South Africa during apartheid, divestment from coal and firearms, and now a growing call for divestment from fossil fuels. However, fossil fuels isn’t a small, relatively contained sector or geography. Oil and gas drilling comprise 2% to 3% of the global economy. Energy is 6.3% of the MSCI ACWI while utilities add another 3.2%.

Divesting from small sectors (such as firearms or adult entertainment or gambling) is more straightforward for investors. If you divest from firearms, for example, and don’t want to support the industry outside of your investment portfolio, you can do so by not buying guns or munitions.

If you excise fossil fuels from your portfolio, you will likely still support the industry in some way due to commuting, heat and air conditioning, and the procurement of food, electricity and other daily needs. Unless you can live off the grid, you’ll almost inevitably end up supporting indirectly an industry in which you, the divested investor, now have no voice as a shareholder.

2. There may be a “cost” associated with divesting from fossil fuels. Some studies estimate that cost can be as high as 12% of the portfolio over 20 years, while others assume a much smaller (and in fact decreasing) impact. Remember that most studies use historic data, while any investment-performance-related penalties (or rewards) will be driven by the sector’s future performance, which is obviously an unknown. As a result, it can be difficult to quantify what this cost may be.

Whatever the cost, many investors may be as yet unwilling to pay it. Just under 50% of Americans believe that climate change will actually harm them personally. While 57% of Americans are willing to pay a $1 monthly fee to help defend against global warming, only 23% would be willing to pay as much as $40 a month for that protection, according to a November 2018 AP-University of Chicago poll.

3. It seems unlikely that large fossil-fuel companies are going to magically disappear. If their management is smart and understands the weight of both public opinion and the financial realities of finite resources, it seems clear that at least some, and maybe all, will make the move to renewables at some point.

Given these and other factors, divestment from fossil-fuel companies may not be an investor’s best option. In fact, engagement and strong proxy voting action are probably still the best avenues for causing real change, however slow. After all, even though it may be a process of evolution not revolution, proxy votes can cause companies to change behavior for the better.

However, investors do need to ensure that their fund management company is voting in a way that aligns with their values. Take the time to explore your fund providers’ proxy votes you care about and either engage with them to make improvements or consider firms that better align with your values. You may find that the investment manager has other stewardship initiatives that build on their proxy activity and satisfies your need for action or that vocal investor interest improves engagement.

This “fix or nix” approach may let you have your cake and eat it too.