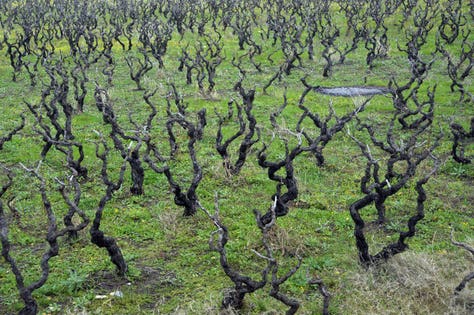 Remote, rugged, rural and not as sexy as its Italian counterparts in Sicily, Rome or Florence, Puglia has been somewhat of a wallflower.

But perhaps not for much longer. A recent real estate story in the New York Times featured a one-story villa compound outside San Vito dei Normanni—about 15 miles west of Brindisi, a port city of just over 400,000 residents on the Adriatic coast.

Nearly 2,700 square feet—the seekly minimalist pad incorporates a cluster of trulli, those odd cone-shaped adobe-like structures that litter the countryside around Alberobello. It’s a landscape of poly-agricultural plains known more for olive oil and grain production than for luxury getaways. Located in the heel of Italy’s boot, this is, indeed, a spread for the well-heeled. And it’s a perfect representation of the region: a place that straddles rusticity and elegance.

I first visited Puglia in 2000 (stayed in a trullo—it was odd!), and have been back at least five times since. I go for the things that obviously don’t change—the Castel del Monte built in the 13th century by Emperor Frederick II, Trani’s gorgeous Romanesque cathedral on the sea, and the region’s homey food heritage. And I go for what does change: namely, Puglia’s emergence as a producer of serious wines.

That’s thanks, in large part, to a generation of young producers who want to get out from under the bulk-wine reputation and elevate Puglia’s reputation above as “Europe’s wine cellar.”

One such heavy lifter is Luigi Rubino, head of his family’s winery, Tenute Rubino. I met him twice, and in his early 40s, he is typical of the gradual shift here. A Brindisi entrepreneur armed with an MBA, he spoke about the “enological renaissance of the region”—what he hopes will propel the new Puglisi wine frontier.

“There is a new self-awareness among the wineries from a farm mentality to society mentality. For the first time, important wineries are showing considerable skill in planning,” he told me. Rubino and his wife own a restaurant in Brindisi, and have plans to build a new winery with eno-touristic hospitality.

Wines from a southern clime

Puglia’s indigenous grape varieties are adapted for warm-weather. The red grapes, cultivated mostly on traditional head-trained vines—many a century old—have been the dominant and historic composition of wine production here. In the northern part of Puglia (Castel del Monte DOC), three red grapes are cultivated: Aglianico, Bombino Nero and Uva di Troia, the latter a tannic grape used for blending. In the more southern portion, Primitivo and Negramaro are the primary red grapes. White varieties include Greco, Malvasia, Verdea and Fiano, the latter leading a renaissance of white wines here.

In the past, Puglia’s co-op wineries shipped millions of bottles per year all over the globe, with little attention paid to the juice. But, perhaps buoyed by Sicily’s success in elevating the status of Nero d’Avola, producers are rethinking their own native grapes and how they translate to the bottle.

“[Producers] are coming to the party late and now they’re saying, ‘what do we do well? Let’s go back,’ ” Puglian-born Nicola Marzovilla, owner of i Trulli restaurant in New York City, told me.

Marzovilla has championed his homeland wines since opening his iconic restaurant nearly 30 years ago. He related a concern that producers look at other successful categories, like the Super Tuscans, and try to mimic those, rather than evolve their own true territories.

“They need to make wine that really represents the area,” he said. “What they need to resolve is how to promote themselves through their own uniqueness.”

Perhaps Puglia’s strongest calling card is Primitivo, a variety related to Zinfandel (both grapes descend from Crljenak, a Croatian varietal) and often the gateway to other regional reds.

“Primitivos sell themselves,” said Chrissy Martin, owner of Martin Ulisse, a Corpus Christi, Texas, importer with a focus on small Italian estates. “All we have to do is explain that it’s a kissing cousin of the Zinfandel, and then we use that as an entry to other Puglian wines.”

Ted Emerson, director of marketing at González Byass USA, which represents Vigneti del Salento in Puglia, also uses the Zin connection to introduce Primitivo, but notes Puglia’s terroir gives the grapes softness. “The Primitivo here is a brighter, softer iteration of the grape you find from typical California Zinfandels,” he says, “There’s definitely more fruit flavor and generally less alcohol—it’s not as thick and heavy.”

He added that Puglian wines are “in the price segment that’s showing growth” today, and is making inroads with consumers seeking wines that are full-bodied but not astringent or overly high in alcohol.

Primitivo and the white Fiano may eventually lead the way to other low-yield varieties cultivated in artisanal styles on micro-regional levels such as Ottavianello and Sussumaniello near Ostuni, and Verdeca and Bianco d’Alessano near Lorcorotondo and Martina Franca.

A sampling of quality wines made in Puglia.Lana Bortolot

There’s so much confidence in Puglia’s potential that producers from other regions such as the Tuscan-based Antinori, which owns Tormaresca, and the Veneto’s  Zonin1821, are rejuvenating estates here, and focusing on varieties like Fiano, an ancient native grape that was all but eliminated. At Zonin’s Masseria Altemura, a 650-acre estate in Salento, the focus is solely on the lesser-knowns: Negroamaro, Primitivo di Manduria, Fiano, Sussumaniello and Aglianico.

Franco Giacosa, technical director and chief enologist for Zonin, says the company surveyed Italy for the next best place for investment and headed to Puglia 16 years ago upon seeing the potential for “new and interesting wines.”

“[We] know how to maximize the potential of a territory and of a vine. In Puglia, [we] wish to develop a kind of viticulture more natural and sustainable, aimed to preserve the fertility of the soil, have wines with the characteristics of the territory,” he says.

Says Emerson, “I think every area now is embracing the terroir concept to one degree or another—including the Farnese winemakers in Puglia who are very focused on vineyard management including vine and clone selection, and reducing yield.”

The region has another high-profile cheerleader: Riccardo Cotarella, Italy’s leading wine consultant. He’s bullish on southern wines—and he won’t let Puglia be bullied about any more.

“Puglia does not need to plant international varieties and doesn’t even need to plant other Italian varieties,” he said. “For 30 years it was the destiny of Puglia to ship to other countries, but there was no dignity at home.

“Thirty years ago, you would say wines from Puglia would be oxidized—today that would not happen. What changed? The technology and the commitment.”