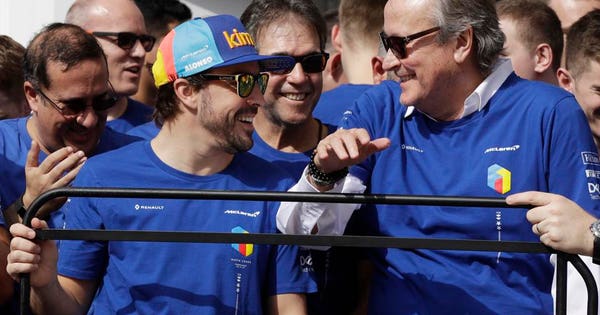 There could be a new record breaker in Santa Barbara’s future. About an hour and a half from Los Angeles lies these two estates sitting on a combined 3,500 acres of land now on the market asking $110 million. Owned by Mansour Ojjeh, shareholder and part owner of TAG whose largest asset is the McLaren Formula One team, this coastal El Rancho Tajiguas comes with a working cattle farm and two orchards, one that grows avocados and the other persimmons. Very few homes in the area have ever asked this high a price, much less sold for that much.

The most expensive listing on record for Santa Barbara was Rancho San Carlos that had been asking the chart topping price of $125 million, but appears to have come down in price to $85 million (listed by one of the same agents who is representing Neverland, Michael Jackson’s former home). As far as property records show, the priciest sale on record is a 22,000 square foot home that sold last year for $35 million after being listed for $45 million. A few Los Angeles properties are in this price territory, with this $125 million Malibu house on the market and the most expensive listing in the country is this $245 million Bel Air classic that includes land once owned by Ronald and Nancy Reagan.

El Rancho Tajiguas is one of the few private ranches on the coast and with the development here heavily regulated it took the seller about five years to obtain permission for the two houses he had built at opposite ends of the property. There are over a dozen other buildings on the land that provide housing for staff that manage the profitable farming and orchard enterprises. A herd of about 120 cattle also conveys with the sale. The orchards consist of about 285 acres for avocados and 12 acres for persimmons.

The two estates blend adobe style walls with early California design principles to create wide open floor plans that look out on to the Pacific Ocean with views of the Santa Ynez mountains and Channel islands. Beamed ceilings and tile floors on the interior, with reclaimed roof tile from Spain and Portugal on the exterior characterize each of the homes. Here is one of the master bedrooms which opens to a private outdoor patio. Not pictured is an indoor kiva style fireplace in the bedroom’s corner.

One of the kitchens shows the way designers fit modern appliances into the room while maintaining a classic look.

A wine storage room brings in the look of vintage European cellars.

The homes have private movie theaters.

When you have ranch hands, there’s going to be some laundry.

This property is co-listed by Randy Solakian and Deanna Solakian Williams of Coldwell Banker Global Luxury and Marco Naggar and Aaron Kirman of Compass. Here is a dedicated website for the property.

Quiet start to week as large new-issues in the queue
American Securities Association to SEC: Do not shorten trade reporting window
Big Gold And Gold-Stock Futures Ramp Nears
BTC price tops 10-day highs as Bitcoin whale demand sees ‘huge spike’
What is StrongBlock (STRONG) and how does it work?