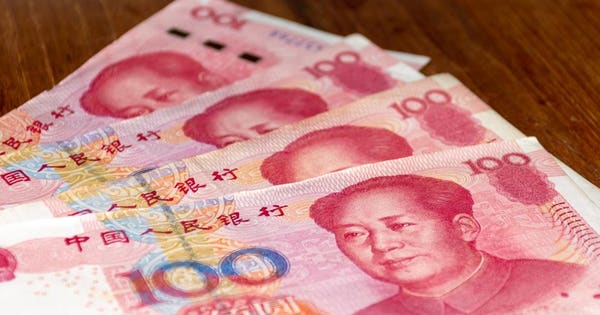 Filipinos are beginning to see the ugly side of the Chinese investments: a large influx of Chinese workers, rising property values, and fears that Philippines could turn into another Sri Lanka.

That’s according to several stories that circulated the Asian media since President Duterte opened up the Philippines economy to China.

These stories come at a time when Philippines equities trade sideways, trying to find direction.

Let’s begin with the influx of Chinese workers. Back in July 2017, an ABS-CBN story claimed that “the government intends to hire low-skilled workers from China for China-financed infrastructure projects around the Philippines.”

Then there’s a story published  in South China Morning Post in December of 2018, which claims that Chinese workers are flooding into the Philippines.

How many? Nobody knows the exact number, as some are illegally in the country.

A story published in the Nikkei Asian Review quotes statistics from the Philippines immigration authorities showing that the number of Chinese workers applying for working visas has jumped from a few thousand in 2015 to 200 thousand in 2018.

To be fair, the influx of foreign workers to a country isn’t a bad thing, provided that its economy creates more jobs than can be filled by locals.

That doesn’t seem to be the case for Duterte’s economy, though. While GDP grew in the range of 6-7% under Duterte, it wasn’t translated into a jobs boom.

That’s according to a recent study by the research group IBON.

Meanwhile, Chinese citizens are snapping up local properties in rich districts, according to a Bloomberg report. And that’s creating a housing bubble. The Philippines’ Residential Real Estate Price Index has increase from 106.900 in 2016 to 117.200 in 2018.

The trouble is that some of these investments have yet to materialize. And when they do, they will leave the Philippines heavily indebted to China, as they are financed with loans rather than grants. And that raises the prospect of debt turning into a “trap,” and turning the Philippines into another Sri Lanka.

Sri Lanka’s debt trap saga began with Beijing lending that country funds needed to have its ports upgraded by Chinese construction companies. When Sri Lanka couldn’t pay back the loans, Beijing turned them into equity. And that gave China ownership and control of Sri Lanka’s two major ports.

Still, these fears may be overblown. As was discussed in a previous piece here, China cannot do to the Philippines what it did to Sri Lanka — use the “debt trap” to acquire key sea outposts — because the Philippines economy doesn’t resemble Sri Lanka’s.