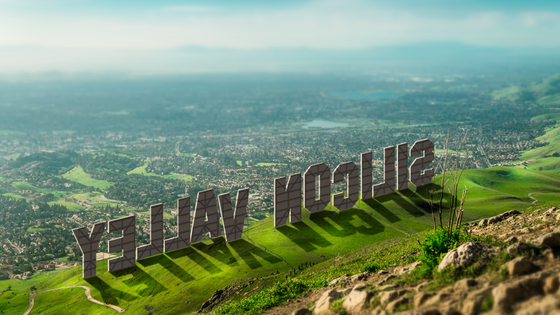 For decades now, Silicon Valley has been considered the center of the tech world when it comes to innovation.Propy

Major brands including Uber, Lyft, Slack, Pinterest, and Airbnb are predicted to IPO this year which could result in new wealth, not only for cities where these companies are headquartered but surrounding cities as well.

The knowledge and tech economy — universities, start-up industries, innovation hubs, and parks — have always been key drivers of future growth. For decades now, Silicon Valley has been considered the center of the tech world when it comes to innovation. This has resulted in Silicon Valley housing being one of the highest priced real estate markets in the United States, if not globally. And it looks like 2019 may exacerbate that.

Uber, Lyft, Slack, Pinterest, and Airbnb are predicted to IPO this year which could result in new wealthPropy

When tech Unicorn startups, like Uber, finally go public, they will likely be worth over $100 billion, putting at least $10 million in stock for every early employee, advisor, and investor. In addition to the startup ecosystem, the real estate landscape will also be affected. Back in 2004, Google’s IPO played a role in the 11% increase in prices in the San Francisco and Bay Area. The economic success of the region, especially it’s recovery after the great financial crisis, has generally tended to push prices up. Another example is Facebook. It’s IPO helped its employees make significant down payments on mortgages and early employees invested in more than one single-family homes. While Facebook chose a historically poor area for its HQ, the prices of the neighboring Palo Alto and Menlo Park went soaring after the company went public.

The post-IPO availability of cash is in stark contrast with the continuing cooling down of the U.S. real estate market as a whole. Along with IPOs, company expansions in certain areas can also affect the real estate price and rental momentum. Interest and property prices in New York saw a significant increase in Long Island City when in November the news broke that Amazon would build a vast campus for its headquarter. But what we may expect after the company recently announced their decision to drop the expansion plans in New York? Following the euphoria and the tremendous property searches, now sellers are worried whether the market will react negatively, and agents, on the other hand, feel insecure for the deals already in progress.

While 2018 was a rather crazy and fast “seller’s market,” it is expected that things will be a little different in 2019 as buyers and sellers adjust to the new realities. Meanwhile, if the upcoming IPOs happen before Q3, new cash buyers will target not only prime Silicon Valley areas, such as Atherton but also vacation places like Tahoe and even affordable European properties. One thing is for sure, 2019 will be one of the most exciting and dynamic years for Silicon Valley real estate.

Uber, Lyft, Slack, Pinterest, and Airbnb are predicted to IPO this year which could result in new wealth

The post-IPO availability of cash is in stark contrast with the continuing cooling down of the U.S. real estate market

Uganda’s gold discovery: What it could mean for crypto
Pending home sales post surprise increase in May, likely due to brief pullback in mortgage rates
The G7 ban imports of Russian gold
Meta Platforms Stock: Betting on Its Innovative DNA
What is StrongBlock (STRONG) and how does it work?