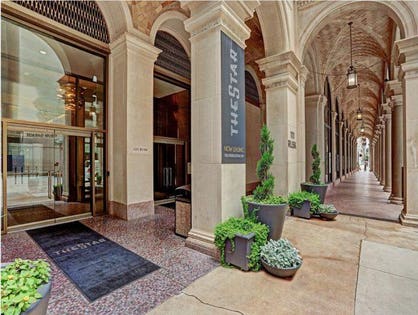 Urban Land Institute-Houston announced its 2019 Development of Distinction award winners.  And while the recognized projects appeared to trend toward redevelopment over new construction this year, the city’s construction crane population suggests there’s plenty in the chute still to come.

The 12th annual program honored the city’s most compelling and innovative real estate projects, including developments and public open spaces, whether “large, small, urban, suburban and everything in between,” said the presenter, real estate attorney Greg Erwin of Winstead PC, sponsor of the program. He is former district council chair.

“I think we are seeing a healthy (and welcome) appreciation for existing buildings that recognize our history and anticipate our future,” Erwin said in a follow-up inquiry.  “I think our winners ( and all nominees) outstandingly showcased the quality, diversity and vibrancy of our Houston.” One of the goals of the awards is to identify projects worthy of emulation, whether cutting edge or adaptive reuse. The finalists and nominated projects represent both, he noted.

A jury of national real estate experts from Colorado, Atlanta and Virginia reviewed the finalists, determined by nomination panel of local real estate leaders, before selecting this year’s winners, which exemplify best practices in design, construction, economic viability and management.

Recognized for its having set the bar for historic preservation and adaptive re-use, the conversion of the long-vacant 1915 Texas Company (Texaco) regional headquarters building into The Star, an amenity-rich luxury residential tower, earned its award in the for-profit category for projects over 100,000 square feet.

The project is by Provident Realty Advisors and Rusk at San Jacinto Partners LP. As re-imagined, the former office building adds 286 residential units to downtown. Among the jury nods were how it maximized the use of common spaces, which include a sky deck (accessed via the former executive offices suite, now a lounge for residents) and a lower level club room with Texaco memorabilia.

From The Star’s sky deck, looking west in downtown Houston, some of the city’s other landmark buildings are in view.CALpix

Prior to the project, the 13-story building, notable for its barrel-vaulted arcade at street level, had not been in use since 1989. Much of the original interior had been removed in the interim. The property was originally developed by the same architects as Grand Central Station (Warren & Wetmore), gained an addition in the ’30s, and has been on the National Registry of Historic Places since 2003.

Heights Mercantile’s award was in the for-profit category for projects under 100,000 square feet. Developed by Radom Capitol LLC, the 40,000-square-foot project kept the character of the neighborhood by incorporating some of its vintage buildings, but also blended in new construction (and parking), all to accommodate more than a dozen curated retail and dining concepts. The location is fed by a hike and bike trail.

Jury comments noted the pedestrian-driven project’s response to what is happening in the rebooting neighborhood itself, where a new generation of residents and businesses has been fueling renovations, redevelopment and new construction amid the existing mix of original bungalows, gingerbready Victorian-style properties and sprinkling of mid-century commercial buildings. The low-rise center is an amenity for the community as well as a destination, award materials said.

The expansion and renovation of historic Emancipation Park, a 10-acre City of Houston Park, earned the award in the open space category. The project’s design director was Phil Freelon of Perkins+Will, the architect who handled the Smithsonian National Museum of African History and Culture in Washington, D.C.

Jury panel remarks noted how the project incorporated “more for the community today while honoring the park’s history,” which dates back to 1872, when four former slaves raised funds to buy the land. As renovated, a sculpture pays tribute to these founders. The park has a new entry plaza, cultural center, recreational center, updated swimming pools, fields and playgrounds, and an event lawn. Meanwhile, the park’s historic Blessings Theatre has been restored.

In the not-for-profit category, the award winning development was the innovative, forward-thinking project by HARC (Houston Advanced Research Center). The organization is focused on building a sustainable future, so its headquarters’ building design, by Gensler, adheres to that goal.

As designed, the building uses 70 percent less energy than a comparable building of the same size and seeks to become the first commercial net zero energy (NZE) building in Texas.

Jury panelists said the HARC project exemplifies “the ability to develop buildings that maximize their use and minimize impact on the environment.”

An estimated 200 guests attended the awards program, held at The Astorian, a former industrial property redeveloped as an events venue.

The ULI-Houston district awards program is modeled after the national Urban Land Institute Global Awards for Excellence. In November 2018, the renovation of Houston’s Levy Park earned one of them.