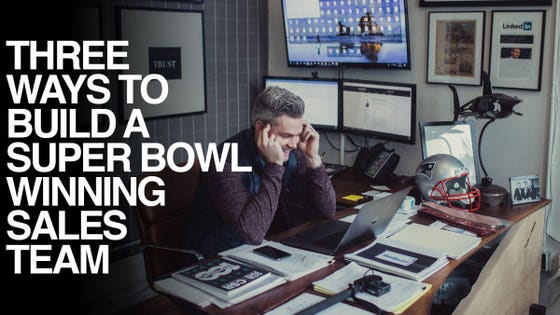 On Sunday night I watched my favorite football team win their sixth Super Bowl game. It’s no secret that I am a huge Patriots fan. Watching a game with Emilia and our friends (and a big bag of Doritos) is easily one of my favorite ways to spend time on weekends. I even own a helmet worn by Tom Brady himself, and it is one of my most prized possessions. I keep it in my office and even though I love every single person on my team – no one is allowed to touch it but me. That helmet isn’t just an amazing piece of sports paraphernalia, it’s a reminder that while greatness and success might start with talent, there’s another element that makes win after win a possibility. That element isn’t speed, agility or strength, the qualities you’d normally associate with someone like Tom Brady  and the entire Patriots organization.

Having the right systems in place is what has made the Patriots one of the best football teams ever.

At one time it would have seemed pretty unlikely that Tom Brady would win nearly as many super bowl rings as he has fingers. After playing in college, Brady was chosen by the Patriots in the sixth round of the draft. He was pick number 199. It seems crazy now, but Tom Brady was basically the kid no one wanted to play with in gym class. While Brady’s greatest talents might have been hidden during his college career, the Patriots managed to draw them out and transform him into a winning machine.

This transformation didn’t happen because Brady got better at football, but because his coach made sure that everyone on his team has a job to do, and that every job is valued. Each player’s unique contribution is an integral part of the whole. Bill Belichick has talked about how power comes from assigning specific roles to players with specific talents.

Everyone’s strengths are highlighted to the benefit of all, and everyone is clear on the job they are there to do. I think this is great advice, especially when it comes to building a team. It’s true that I totally suck at sports – I can’t catch a ball to save my life. But over the years I have learned how to build an incredible sales team based on 3 very similar principals:

It will be another full year until the next super bowl, but I plan to enjoy  many wins with my own team until then. We start paving our way to new wins as a team today. I completely agree with Tom Brady when he says, “I just love working hard. I love being part of a team I love working toward a common goal.” That’s great advice for all of us who are quarterbacks of their own teams. Dig deep, work hard every day to win, and let every member of your team have a chance to shine.