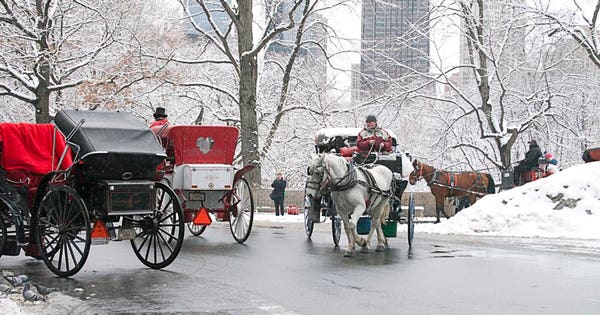 Life is not easy for singles in New York City. Or, at least, it isn’t cheap.

While compiling a report on the best areas to live in the five boroughs for those who are not in a relationship, to be timed with Valentine’s Day, real estate listings site StreetEasy discovered what it refers to as a “singles tax.”

One reason for the tax is that it simply cuts your rent in half to split a studio or one-bedroom with another person – but there’s more to it than that.

Single New Yorkers like to spice up their lives by residing in the hottest neighborhoods, which conveniently have the highest inventory of studios and one-bedrooms, but are also the most expensive, according to StreetEasy. The average rents in the neighborhoods with the most studios and one-bedrooms cost up to 54% more than the citywide median of $2,600, the site reported.

Relief is not necessarily on the way for New York City singles, either. When examining rent changes between December and January, real estate firm MNS found that prices in Manhattan rose for non-doorman studios, and for one-bedrooms both with and without doormen. Prices only dropped for doorman studios.

Harlem had the best deals for buildings with doormen, with an average of $2,337 for studios and $2,945 for one-bedrooms, according to MNS.

There is some hope for those who want to live with their own, independent selves in the trendy borough of Brooklyn, however.

Rents for the city’s smaller homes are rising for two reasons, noted MNS CEO Andrew Barrocas. First, salaries are also going up, driving housing prices higher along with them. Second, millennials are starting families later in life than previous generations, making the market for studios and one-bedrooms more competitive.

But while living in a small space as a couple may be cheaper, it won’t necessarily make your love life easier, Barrocas warned.

“It’s a real test: If you can survive together in an NYC studio, it has to increase your chances of making it [as a couple],” he said. “I know it did for my wife and I. Starting out, we lived in a tiny one-bedroom.”