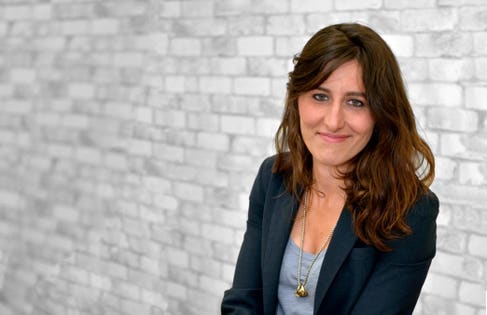 Caren Maio does not back down from a challenge.

After years of battling New York City’s rental market, which she describes as “the Wild West,” she entered the science, math, engineering and technology (STEM) fields to cofound her online real estate company, Nestio.

With a background in sales and publishing for brands like Nike and The Wall Street Journal, Maio wasn’t sure how to enter the mysterious world of tech startups, but she wasn’t fazed. Together with her cofounder Mike O’Toole, she was accepted into the inaugural New York City class for the accelerator program Techstars and graduated armed with a posse of advisers and investors.

Nestio launched in 2011, first focusing on consumers before changing over to serve as a marketing and leasing management software for landlords and brokers. To date, Nestio has facilitated more than $600 million in transactions, achieved a 20% reduction in days on the market for its listings, and secured $16.4 million in venture capital funding. Most recently, its team used artificial intelligence to provide users with inquiry responses around the clock.

Making her even more impressive, Maio accomplished these goals in a national climate where 75% of the workforce in computers, math and science consists of men, according to data from the National Science Foundation. Additionally, just 9% of venture capitalists in the United States are women and 74% of VC firms don’t have a single female partner, reports the nonprofit All Raise.

Intrigued by her tenacity, I chatted with Maio about the gender gap in tech startups and her experience in growing her company:

Heather Senison: What was the key problem you wanted to solve with Nestio?

Caren Maio: I just felt like the entire [New York City apartment rental] process was broken from the moment I went online to look. I found that the information was out of date, the apartments were already rented, the pricing was wrong, the photos were wrong, and it was incredibly frustrating. I was looking at 9 at night in my pajamas with a glass of wine, during my off-hours, and I’d get a contact form or a phone number where I’d have to leave a message, and it basically went out to the ether and I didn’t know if I was going to hear back from that person tomorrow or not at all. So a lot of what we do with our company is figure out how we can use technology so that the owners and managers of these properties can deliver an Uber-like experience.

Senison: What scared you the most when you started out?

Maio: Ignorance is bliss. As a tech founder you’re like, “someone has to solve this, it’s going to be me,” and you just come at it with all this confidence. But quitting my job, I had a good job that I really liked at The Wall Street Journal, that was scary in the sense that I was like man, I’m going from a job where I get a steady paycheck and health insurance to literally thinking about how much personal runway I have to make a business grow. At that point I had about six months of savings in the bank, that was pretty scary – but I don’t know if it was that scary because I wanted to launch this business so badly.

Senison: As you’ve progressed through the startup scene, have you noticed a gender gap?

Maio: I do and it’s certainly disappointing. But I also notice, whether it’s other female founders or organizations like Female Founder Office Hours and All Raise, I’m starting to see initiatives led by women for women to change that and that’s incredibly encouraging.

Senison: Why do you think women are less likely to work in STEM fields?

Maio: I wish I had the answer, the silver bullet for that. I think for a long time there were specific industries, like tech, like real estate, that were a boys’ club. And I think it was very hard for women to pierce that exterior and really make headway in industries like that. I’m starting to see that shift happen, where women are rallying around each other, that to me is amazing. All of the mentors I met in Techstars were women and they’ve been instrumental in funding and growing this business.

Senison: What can the general public gain from having more women in positions of power in these fields?

Maio: In my experience, and this isn’t a slight against men, women are incredibly empathetic, they’re strong and they’re candid. Their level of vulnerability inspires people. It helps me feel like I’m not alone and I’m not crazy – and it helps you stay gritty and tenacious and keep going. Starting a company is a very lonely job, you can feel isolated. When you talk to folks in and around the tech industry, there’s this misconception that if other people in that world say, “how are things going?” the answer has to be, “we’re killing it.” And it’s like, why can’t we be more honest? And I will say by and large you can have those more honest and frank conversations with women .

Senison: Getting back to your company, what has been the biggest challenge in growing Nestio?

Maio: Pivoting the business from consumer-faced to property owners and managers. Thinking that you were building one thing and one product and then realizing after getting a lot closer to the industry, the initial hypothesis you had, it needs to look different. It needs to fit this different thing. Realizing that maybe we weren’t right, right out of the gate, that was really scary. We had been growing the business for a few years and then we had to go to the investors and say, “it turns out we’re not doing that anymore, we’re doing this different thing, but trust me it’s the right thing for us,” that was scary.

Senison: What do you want to do next?

Maio: We just launched a new product for the owner and manager and as part of that we just brought on board a new leadership team that’s running all sales and revenue for us. At the end of November we hired this gentleman Tyler Christiansen [as chief revenue officer] and he’s going to be a new partner for me and help us expand nationally.

Maio: At one point my board was 75% women, now my board is all men and then me, but at various points in my life and my career I’ve had really strong women in my corner. I’ve been blessed to have women who have been more collaborative than competitive, who have always been open to taking a phone call from me day or night. And there are things I like to do now, like I go to [New York University] and talk to entrepreneurs, I think it’s important to pay it forward. I think that’s how over time we’re going to change that 25% [of women in computer and science careers] number. If you can help another female founder, whether it’s through speaking engagements or grabbing coffee, I think over time that’s how we’re going to see those numbers change.

The conversation has been edited and condensed for clarity.