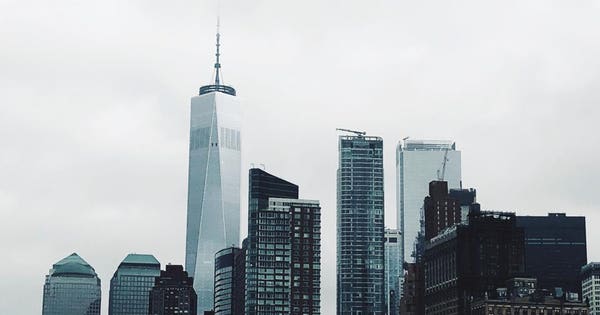 A new law went into effect last month that seeks to hold landlords more accountable for asthma-inducing housing violations, like mice, rats, mold and more. Though the jury is still out on whether the Asthma-Free Housing Act will have an impact on the rising costs of asthma-related conditions in New York, one thing’s for certain: the fight will start in The Bronx.

According to a new analysis from the NYC real estate experts at Localize.city, The Bronx — particularly the Tremont, Fordham, Concourse and Morrisania neighborhoods — claim the highest shares of mold, rodent and pest violations in the city. Tremont has a whopping 17 mold violations for every 100 renting households. In East Tremont, more than a quarter of renting households have a pest violation, indicating roaches, mice, rats or other rodents are on the property.

In total, The Bronx claims nine of the city’s top 10 neighborhoods for pest violations, seven for asthma occurrences and five for mold violations. More than 103,000 Bronx residents currently suffer from asthma, accounting for about 6% of all asthma cases in the state.

This map shows where asthma is most prevalent in NYC households.Courtesy of Localize.city

Brooklyn also has its fair share of problems. The borough’s Brownsville neighborhood has the highest occurrence of asthma in New York, with 14 out of every 100 residents experiencing the health issue. There are 7.2 mold violations and 16.9 pest inspections for every 100 renting households in the area.

The violations are worse in lower-income areas. Traditionally high-income neighborhoods, like Manhattan’s Tribeca and Brooklyn’s Dumbo have significantly fewer incidences of pests, mold and asthma overall.

This map shows where mold violations are most common in New York City.Courtesy of Localize.city

This map shows where pest violations are most prevalent among New York rental households.Courtesy of Localize.city

According to Tal Rubin, vice president of research for Localize.city, even if renters don’t see a violation or signs of pest themselves, there could still be larger problems at work in their building.

“If you’re concerned about health issues like asthma, it’s imperative to find out if a building has mold, roach or rodent infestations,” Rubin said. “Even if your apartment doesn’t seem to have problems, you should know what’s happening in the building as a whole. Mold from a neighbor could potentially spread or indicate a bigger problem in the building; a rodent infestation in one unit means the whole building may have a problem.”

Asthma reportedly cost the state more than $1 billion in Medicaid and lost productivity costs last year. The Asthma-Free Housing Act, enacted on Jan. 19, is designed to combat those costs as well as protect renters from growing asthma-related allergens in the city.

Landlords with three or more units now need to conduct inspections of all units and common areas annually. If any issues are found that could lead to mold or pest infestation, these must be remediated. In the event that instances of mold or pests are found, the property will be deemed “immediately hazardous,” and the landlord has 24 hours to address the issue.

FT Weekend: A Strange Loop, the Tony-winning queer black best new musical
Investors to see $8B of supply to close out volatile June, Q2
We Haven’t Seen Carnage Like This Since 2008
The crypto pendulum swings back to ‘real economic value’: can Bitcoin price survive a recession?
Barclays to buy UK specialist lender Kensington Mortgages