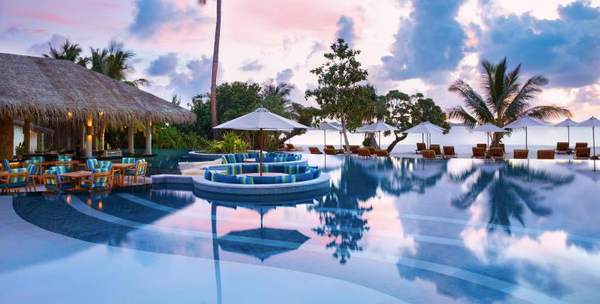 While you may be under the impression that when you check in to your favorite luxury hotel, it’s all about you the guest, in the vast majority cases it’s really about somebody else, namely the owner. Not to say that the staff isn’t there to please as many of your whims and wishes as possible, but the real business when it comes to luxury hotels takes place years before you walk in the front door. This week’s announcement by IHG that it is paying $300 million to acquire Six Senses will change the landscape for decades to come.

Most branded luxury hotels, such as St. Regis, Four Seasons, Raffles, Ritz-Carlton, Mandarin Oriental, Waldorf Astoria and so on aren’t owned by the companies whose names you see on the towel. And, they’re not even owned by the companies that own those brands, companies like Marriott International, Accor, Hilton Worldwide, Hyatt, and IHG. Most hotels are owned by developers, real estate trusts and investment firms, institutional investors, banks and even UHNWs who fancy owning their own hotel, but not running it.

IHG’s acquisition of Six Senses makes it a power player in the $60 billion luxury market.IHG

The big players, like Marriott International, Hilton and Accor have multiple brands they can offer to owners as part of management contracts they sign with the owner. It’s why in Manila there is a Fairmont and Raffles in the same complex. The owner chose one management company to manage both hotels. In this case, because Accor has multiple brands it was able to offer two different concepts to the owner that are complimentary even in the same location. Fairmont is known as a luxury brand with bigger hotels focused on group business and frequent travelers while Raffles is at the top of the luxury pyramid, often with hotels that are smaller and unique.

The fact that the brands on the flag flying out front don’t generally own the hotels is also why you will see them change from time to time. For example, the Mandarin Oriental hotel in Las Vegas became a Waldorf Astoria. Sometimes these switches are triggered by sales of the asset, other times disputes that end up in court. Once in a while, they happen dramatically in the middle of the night with the owner sending in his team kicking out the management company.

In announcing the deal, IHG CEO Keith Barr said, ““Six Senses is an outstanding brand in the top-tier of luxury and one we’ve admired for some time. You only have to look at its iconic hotels and resorts to see how this acquisition will further round out our luxury offer. With a focus on wellness and sustainability, Six Senses has been voted the world’s top hotel brand for the past two years, which is a testament to its impressive management team who bring deep experience to IHG’s luxury operations.”

Barr added, “Six Senses’ attractive development pipeline provides us with a platform for high-quality growth. With the power of the IHG enterprise, we believe we can expand Six Senses to more than 60 properties globally over the next decade. This acquisition continues the progress we’ve made against the strategic initiatives we outlined a year ago, which included a commitment to adding new brands in the fast-growing $60 billion luxury segment.”

What it means is for IHG, Six Senses joints its own Intercontinental brand, Kimpton, which it acquired in 2014 for $430 million, plus its 51% stake Regent International, acquired last year for $39 million. The plan, according to Mary Gostelow writing for Hotels.com is that IHG will keep the entire 96-person Six Senses management team.

Combined, Barr now has a formidable arsenal of high-end brands that his development team can use when they are pitching to win the management contracts for new projects as well as owners who are looking for a change.

Under its CEO Neil Jacobs, an alum of Four Seasons, and its soon to be previous owner Pegasus Capital, Six Senses when from an innovative, but struggling niche player in Asia to laying the foundation of a global footprint. It tightened its position in wellness by adding health to the mix, and it updated its Robinson Crusoe aesthetic to a more mainstream interpretation, such as bringing air conditioning to the bathrooms of its oversized villas.

Perhaps, most importantly, it successfully transitioned beyond a few exotic beach locales to the wine country of Portugal with its highly regarded resort in the Douro Valley, and it is about a year away from opening its first city property, in the hot and upcoming Hudson Yards area of New York.

While it’s still hard to know if IHG can bring Regent back to its glory days of the 1980s when it pioneered a Gordon Gekko interpretation of luxury with sleek and modern luxury hotels where new money was more than welcome, Barr showed a deft touch by reflagging the Intercontinental Hong Kong back to Regent, which is where it started. At the same time, IHG has pushed Kimpton to higher levels of luxury and moved it from its boutique city hotel roots to both resorts and beyond North America with aggressive expansion plans in Europe.

With more and more mixed-use developments, often with multiple hotels, IHG is now a significant competitor to go up against Marriott International and Accor, the two largest players. Many will say it still needs to figure out what to do with Intercontinental where hotels range from run of the mill four-star stops for business travelers to top-end luxury in places like London at Hyde Park or The Willard Intercontinental in Washington D.C.

One former luxury hotel CEO I was chatting with put it this way, “If you look at Six Senses, Kimpton, Regent and Intercontinental, you have four very different and complementary brands. This really gives IHG a lot of options,” he said. He added, “For a mega-development, all four would fit nicely, or if there was a resort with two hotels planned, a Regent and Kimpton or Regent and Six Senses, virtually any combination.” Another point is each are so different, the owner of a Regent probably wouldn’t mind any of the other three brands across the street and vice versa.

Either way, in just five years IHG has moved from being non-existent to a formidable force when it comes to which management company will have the upper hand in the luxury hotel and resort segment.