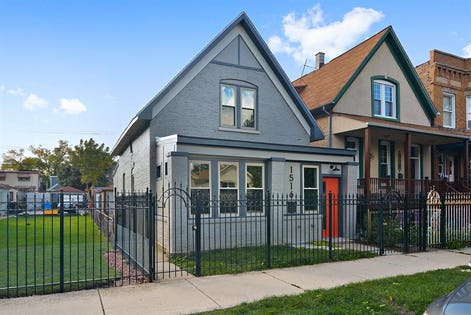 A new study by realtor.com finds that the vast majority of Generation Z values homeownership and sees it as a life goal. VHT Studios/Baird & Warner

A large number of the Generation Z population might live with their parents now, but that doesn’t mean they don’t want to eventually own a home. Nearly 80% of the generation born after Millennials desire to become homeowners before age 30, according to a new analysis by realtor.com.

Sounds doable, but here’s the rub: 18-year-old Gen Zers will need to save $304 every month for the next 12 years to buy a median priced home with a 10% down payment plus closing costs.

Location will be a deciding factor in the homeownership success of this demographic group, whose generational boundaries are a topic of debate. For this study, realtor.com focused on current 18 year olds.

“We know that certain markets in the country just have pricier real estate,” said Danielle Hale, realtor.com’s chief economist. “That’s true now, and we expect that to continue over the next decade or so. We looked at our expectation of what home prices were going to be in 2031 when we were estimating the cost for potential buyers. Basically, it would be what these 18 year olds would face in the year that they turn 30 as far as typical market conditions.”

The analysis, which includes a 13-year forecast for median home prices in the most populous metropolitan areas and different down payment savings plans, projects that Gen Zers planning to buy a home should aim to save the following amounts on a monthly basis in these locations on the West Coast and in Hawaii: San Jose, California, $1,962; San Francisco, $1,439; Los Angeles, $979; Honolulu, $946; and Oxnard, California, $877.

The Midwest and South offer opportunities for more manageable savings plans. Youngstown, Ohio, for example, topped the list of the most affordable areas, where Gen Zers would only have to set aside $108 per month. Youngstown was followed by McAllen, Texas, $111; Toledo, $141; Wichita, Kansas, $154; and Little Rock, Arkansas, $156.

“The numbers that people would have to save for a home in some markets are such big numbers that I could see it would be discouraging, but it really depends on where you are,” said Hale. “That’s true today and we expect that to be true in 2031 when these folks will finally turn 30.”

With an average median home price of $191,381 in 2031 for the top 10 most affordable metro areas, an 18-year-old member of Generation Z would need to save an average of $150 a month, starting on their 18th birthday, to afford a 10% down payment by the time they turn 30. That comes out to saving $798 a month less than the average monthly saving required for the top 10 most expensive metros.

“It can be tough to break into homeownership in larger cities,” said Hale. “But if you move out to the suburbs or to a smaller city when you get to that point in your life where you’re ready to buy a home, it can be a lot easier.”

While the analysis presents potentially daunting savings goals, Hale said the most important step Gen Zers can take is to start saving as much as possible early on and let compound interest do the heavy lifting.

“They may also want to consider more affordable areas or different down payment amounts,” she said. “Some widely available programs allow down payments as low as 3%, but a lower down payment can mean higher ongoing monthly costs. As with most decisions, there are pros and cons, and a buyer needs to think these through to determine what’s best for them.”

The key takeaway is this analysis is meant to be encouraging, not discouraging, for the next generation of home buyers.

“Homeownership is not easy, but it is possible, especially if you can start saving early,” Hale said. “Hopefully, this research gives Generation Z some ideas for thinking about how they might go about accomplishing their dreams.”