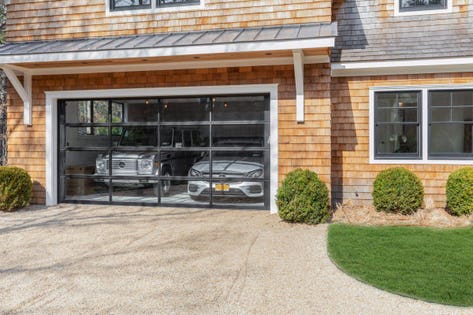 When Zachary Tunick began constructing his newest home in Sag Harbor, he made sure to add the requisite amenities: Carrera marble counters in the chef’s kitchen, a master suite with a soaking tub and a fully finished lower level that included a media room and wine cellar.

One perk Tunick chose to include that’s just started gain traction is an electric car charger. The $4.25 million listing comes with two 30- to 50-amp, 220-volt outlets in the heated, two-car garage.

As the electric car market grows — sales of electric vehicles in the U.S. increased 81% from 2017 to 2018 — car chargers are the latest must-haves for new luxury developments.

“I thought it would be a nice amenity and something that would be more cutting edge,” says Tunick, who is also marketing the home with his wife, Nicole Tunick, through Douglas Elliman Real Estate. “I added two, depending on which side of the garage you’re going to park on.”

The 220-volt outlets can charge a Tesla — a showroom opened in East Hampton in 2016 — Audi, BMW or Mercedes in about eight hours or less, compared to 24 hours for a standard 110-volt outlet.

Tunick also added a 20-amp, 110-volt line to the garage for charging an electric vehicle from Moke America, a beach cruiser that’s sized between a golf cart and a car that Tunick says has increased in popularity in the Hamptons.

The garage at San Francisco’s Residence 950 comes equipped with a pre-installed car charger and is wired for additional smart-car chargers.Paul Dyer

“In the Bay area, we have the highest electric car use in the country,” says listing agent Val Steele of Compass.

An apartment for sale in The Sovereign in Manhattan, which features electric charging stations in the garage.Brown Harris Stevens

Across the river in Jersey City, luxury development The Oakman has six car-charging stations for residents of its 159 apartments.