Ever wish you could get away from it all?

“In a lot of ways, it’s a ‘doomsday prepper’ dream home…extremely self-sustaining, secure and — admittedly — quite odd,” Jake Rasmuson, who is marketing the property, tells CNBC Make It.

“Basically this property is an enormous, privately owned fortress with 16-inch-thick concrete walls and self-sustained energy systems using solar and wind, and with a 4,000-gallon water storage/rain catchment system. It’s located in the middle of the Nevada desert, and the owner has added two enormous, vintage pipe organs which resonate through the halls [when played], only adding to the oddity of it all,” Rasmuson says.

So-called “doomsday preppers” are people and groups preparing for worst-case scenarios, like the end of the world as we know it. Companies that cater to doomsday preppers sell things like food preserved in military grade Mylar pouches, portable toilets, propane grills, solar panels, generators. (When the perceived tensions between the United States and North Korea increased in the summer of 2017, such companies’ sales increased, the New York Times reported at the time.)

Those who can afford to do so — think Silicon Valley tech elite and New York City financiers — are going a step further, buying bunkers and homes where they can hold up in the event of calamity. “Hard Luck Mine Castle” in Goldfield, Nevada, is one such option.

Take a look inside.

Hard Luck Mine Castle is surrounded by nothing but the Nevada desert for miles. The home is located at 6,000 feet atop Gold Mountain 35 miles south of Goldfield, Nevada. The closest sign of civilization is Gold Point, which is not much more than a ghost town turned “Old West” vacation spot 10 miles away. Beatty, a town with a population of 1,010, is 50 miles away. Las Vegas is 187 miles away and Reno 325 miles away.

The Hard Luck Castle was constructed between 2000 and 2012 with engineering that is designed to last 400 to 500 years, according to the property listing. It’s made of steel, concrete, cinder block and glass. More than seven tons of rebar and 24,000 bricks were used to build the castle, according a website about the structure.

In front of the Hard Luck Castle, there is a tall, white compass. Each of the presidents names are listed in descending order, Rasmuson tells CNBC Make It.

The Hard Luck Castle comes with 40 acres of land off Highway 267 in Esmeralda County. It gets hot in the summer — 90 degrees in July — and is just below the snow line, according to Rasmuson’s listing for the property.

The castle is completely self sustaining and off the grid. Power comes from batteries charged by solar and wind energy. There is a 3,000-gallon propane tank to power heaters throughout the house, a 300-gallon diesel storage tank to fuel a diesel-powered generator and two back-up generators — one diesel and one propane. There is a 4,000-gallon water storage tank. There is both a rainwater harvesting system and an 800-gallon water-hauling trailer to bring water to the building.

The property also comes with a gold mine, which was closed at the end of the second World War but is “still high in gold content,” according to Rasmuson’s listing. The sale includes a remodeled miner’s cabin. 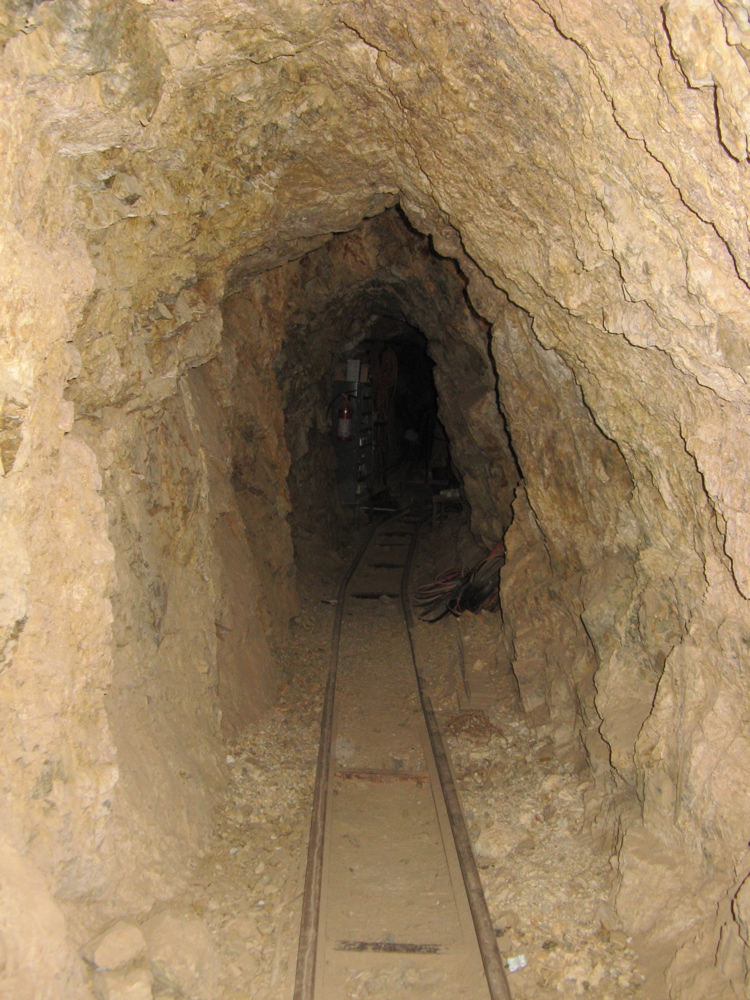 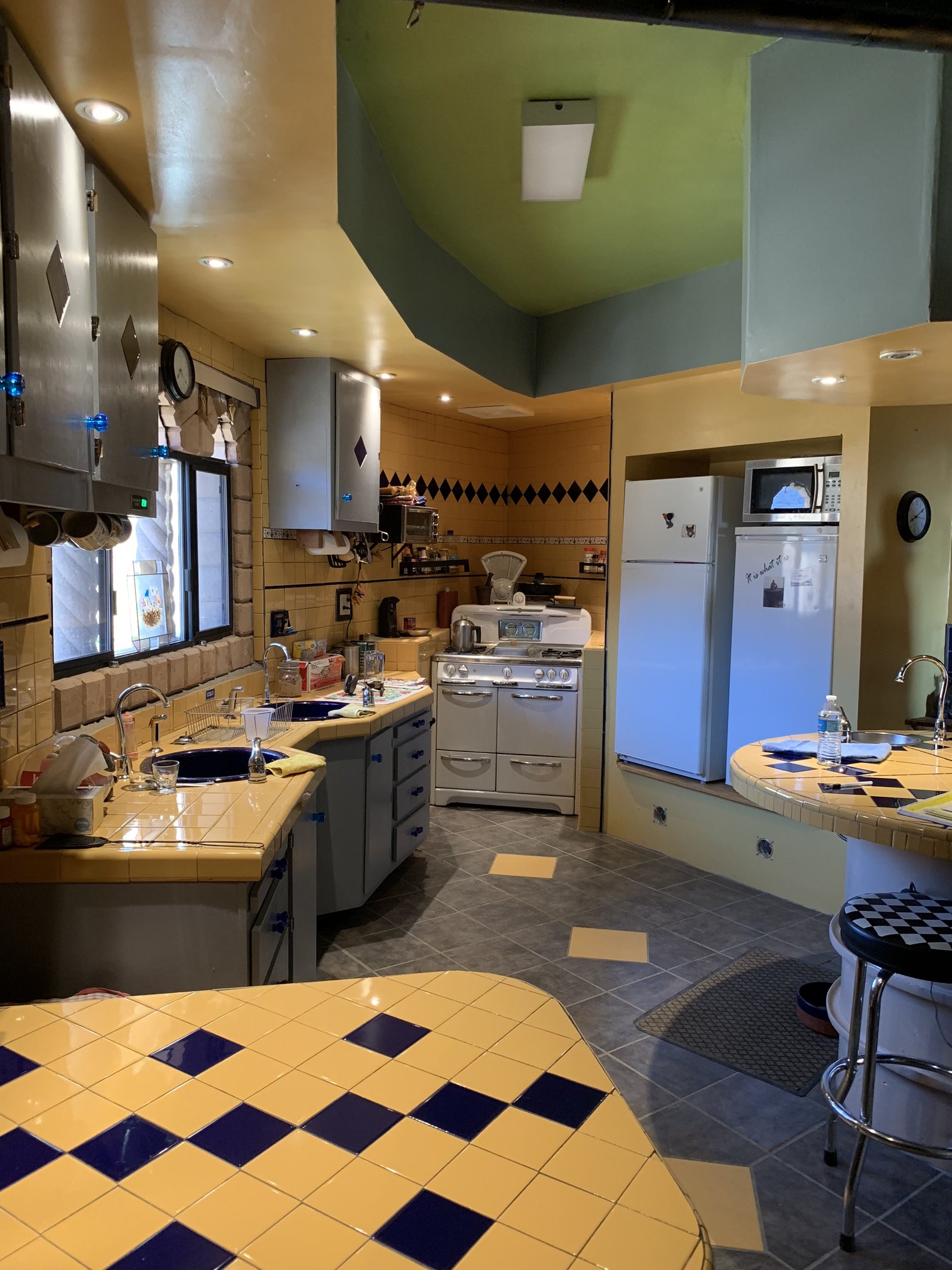 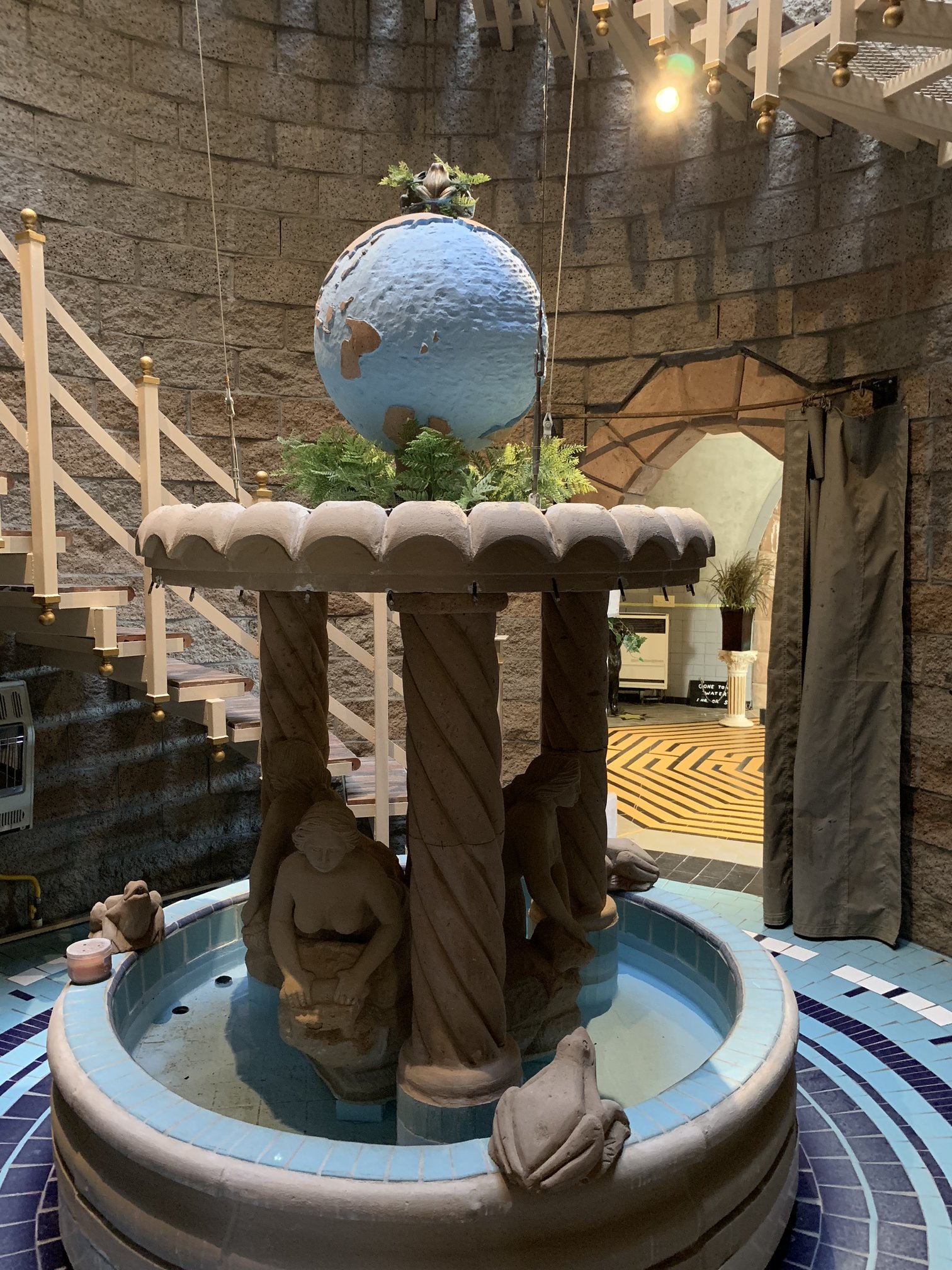 Current owner, Randy Johnston, who bought the property in 1998, according to the website, spent more than $3 million constructing the “castle,” Rasmuson tells CNBC Make It. It went on the market in late October for $1.2 million. “Pricing is very difficult on a property as unique as this,” Rasmuson tells CNBC Make It. “Given HOW unique it is, it may be difficult to recoup the total investment on any time frame. The pricing has been established in a realistic range to gain interest…. [Y]ou can get an 8,000-square-foot castle for the same price as one-bedroom condo in San Francisco.”

The current owner has offered tours of the castle with a $10 donation per person “appreciated.”

This Old West ghost town in California just sold for $1.4 million—take a look around


Airbnb in this idyllic Italian town for 3 months for free

Russia fires volley of missile strikes at targets across Ukraine
Stock futures rise as Wall Street looks to snap losing streak
Crypto influencers allegedly weaponize conspiracies to fleece QAnon followers
What if the Fed can’t stop inflation? This is when Bitcoin’s bear market could reverse
Advisor Group’s second big deal is largest of the year in its channel