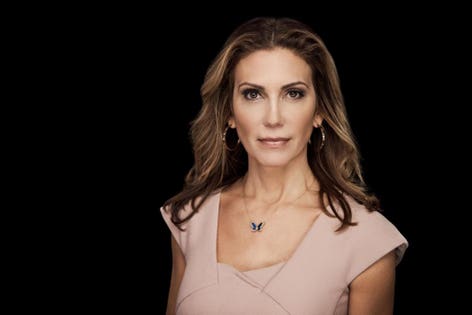 Bess Freedman took the helm of Brown Harris Stevens at the end of 2018.Francis Hills

In an effort to connect the company’s satellite markets, Miami, Palm Beach and the Hamptons, to New York, its powers-at-be appointed co-president Bess Freedman to the position late last year. Freedman previously served alongside its longtime president, Hall Willkie, after first joining the company as a senior vice president in 2013. As a woman and a mom, who now oversees one of the most prominent real estate firms in some of the hottest regions in the world, Freedman is defying odds on an inspirational level. In a frenzy of curiosity about her career, life, views and plans, I rushed to chat with the trailblazer and received a thought-provoking, intimate interview on the stigmas facing women in the workplace, the challenges her industry faces this year and her plans to take it all on.

Heather Senison: How did you build your career in real estate?

Bess Freedman: I started out as an attorney, and then when I started a family, I transitioned from that to a real estate agent here in Manhattan. I did that very successfully for seven years at Corcoran and then they asked me to get into management at the corporate headquarters, which I did. But during that time Brown Harris Stevens was looking for a No. 2 person to help run the company, so I was recruited and I’ve now been here for six years. Last year they promoted me to president and then in early December I was promoted to CEO.

Senison: Why did you switch to real estate when you became a mom?

Freedman: I was on maternity leave from [working for] legal aid and I was supposed to go back, and then I thought of getting into real estate and I was really interested. It’s entrepreneurial but I also could control my schedule and I think that’s really attractive to women, especially who are having kids.

Senison: And now you’re the first-ever CEO of BHS. Why hasn’t the company ever had one before?

Freedman: Hall [Wilkie] has been the president and ran the firm for more than two decades, and he’s incredible, but he’s always been laser focused on New York City and the sales here. When I came into the job, I had a great relationship with the other regions and I felt the one thing lacking was a cohesiveness, unity, with New York. I think the company decided it would make sense to focus on all the regions and have someone be in charge of that.

Senison: As of last spring, just 24, or 5%, of the Fortune 500 company CEOs were female. With that in mind, how does it make you feel to achieve this title?

Freedman: For me I feel very privileged and I’m grateful and I’m excited, but I think there’s still so much to do and we have so far to go. We’re making progress but, like you said, if you think about the Fortune 500 women who are CEOs, it’s such a small percentage. I say all the time, if you look at women in business, it’s very similar to how you can look at our Supreme Court, where out of 103 justices, four have been women, and three are currently sitting on the court. This is in business, this is in government, in Hollywood, this is in so many things. Women are not in the positions of power and control that they should be. We haven’t been able to reap the same benefits that men have. I’m excited that I am someone who is blessed to be in this position, but we have a long way to go.

Senison: What do you think are the biggest challenges for women in business today?

Freedman: Honestly, we still face a stigma and are treated differently, it’s just a reality. We don’t get away with the same things that men do, just in how our appearance is and how we treat others. We have to look the part, we have to be nice, we have to smile – socially that’s required of us. We’re over-sexualized and we’re looked at in a different way, and women feed into that. We face challenges because we have families and we’re expected to juggle everything and go to work. We’re responsible for most things that men aren’t. It’s a reality , it’s still that way.

Senison: How can we address these issues?

Freedman: I have found throughout my own career that some of the biggest advocates and supporters have been men. I’ve had more issues with women being competitive and tough and critical. It would be great if we could champion each other. Women need to support women more. We need to be advocates for each other. I want to champion as many female professionals as I can. I want to mentor them, I want to help them. I want a woman to have my job one day. I want to hire people based on merit, but I want to see women soar. I really do.

Senison: Thank you. Getting back to real estate, what do you expect from the market this year?

Freedman: I think we’re facing a lot of headwinds politically speaking, and that makes the market a little unstable, which is why we see it slowed and quiet. Uncertainty is never good for real estate, so it’s hard to say what the market is going be like this year. Interest rates are still very low, so that’s good, and transportation is great. It’s going to be interesting to see how this all unravels. We need the government to get turned back on, that would be helpful. Consumer confidence matters and I think when people see that people are not getting paid, can’t feed their kids, it creates a lot of stress and it doesn’t make people comfortable in making discretionary purchases. We need things to settle down.

Senison: Can you share any exciting changes to expect from BHS?

Freedman: We have a whole new marketing plan moving forward that we’re excited about, so I think 2019 will be a year of change for Brown Harris Stevens. If you think about it, marketing and technology have to work together because if you’re creating content you need to be able to send it out. It has to appear on your website so that people see it. So we’re looking into some new products with tech, and our marketing is going to get very sophisticated and very refined. It has a lot to do with lifestyle and the focus is really on excellence and precision and culture. We’re slow and steady. We’re taking our time and are doing everything really correctly and carefully.