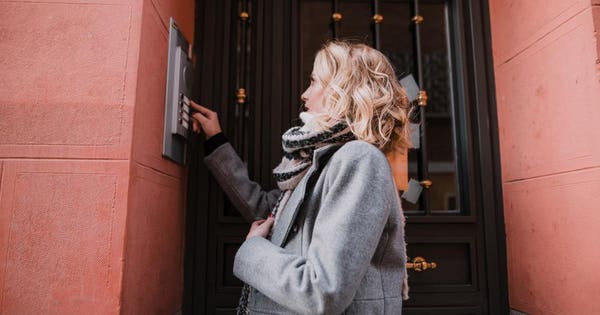 The rise in virtual doorman apps are making life a lot easier for those living in non-service buildings.Getty

Missed package deliveries and broken entryway buzzers have been universal problems for New Yorkers who don’t have a doorman for ages.

Thanks to some clever new tech ventures, however, relief is spreading throughout the Big Apple’s non-service buildings.

The app Carson, for example, allows those who live in the city’s beloved little walk-ups to manage everything from paying their rent to opening the door downstairs and requesting repairs in their apartments on their phones.

“All of these things can now be done from a smart device and there’s still the security of having a doorman,” explained Andrew Barrocas, CEO of the brokerage MNS, which has Carson installed in roughly 20 of its New York City buildings.

With startups like Cyberdoorman already around for more than a decade, there is an ever-increasing variety of virtual service apps to choose from. And, like all technological platforms, they’re seemingly constantly being updated. But property owners can easily change their minds about which services to provide, Barrocas said, since making changes no longer requires breaking through walls to switch out wires.

“Before, it was a big overhaul to have to change the current systems inside a building,” he said. “Now it’s just wireless and all you need is an internet connection.”

The gap between service and non-service affects property owners too, as those with staff in their buildings can charge hefty premiums for the conveniences they provide.

According to recent data from the real estate listings site StreetEasy, New York City buildings with doormen charge an average of 8.4% more in rents and 15.8% more for sales prices than those without them. That means a $1,500 a month rental could be raised to roughly $1,620 if it comes with a doorman. Meanwhile, the equivalent of a non-service apartment with a $400,000 price tag could cost about $464,000 in a service building.

However, just like not everyone can afford to live in a doorman building, not all landlords have the means to hire staff. According to StreetEasy, 46% of New York City rentals currently don’t have doormen. Those who own apartments are even less likely to have them, as 73% of the city’s condos and c0-ops are non-service, the site found.

But while letting in the cat-sitter and house-cleaner while you’re at work can cause quite a headache, the biggest issue for buildings without staff is security, noted Angel Guzman, managing director of new development rentals with the brokerage Citi Habitats.

To combat everything from theft to weekend Airbnb rentals, which are illegal in New York City and can result in fines for property owners, the firm is so far using two different video intercom systems in some of its non-doorman buildings: ButtferflyMX and Latch, which allow entry via access codes.

“They definitely help those smaller landlords to really be in-tune to what’s happening with their property,” Guzman said. “If every week they see you’re giving out your key code to different people, it looks a little suspicious.”

Latch, which is now installed in thousands of buildings in New York City alone, goes so far as to screen package delivery drivers before they can enter a building.  The company’s CEO, Luke Schoenfelder, said the average New Yorker loses more than two days of time per year waiting to let visitors inside. “Our goal is to eliminate that,” he said.

Schoenfelder lives in a non-doorman building on the Lower East Side in Manhattan and, though his opinion is a bit biased, said his own life is drastically improved with the service.

“We’re in a period of time where cities are becoming more desirable places to live and the way that we’re living is changing,” he said. “But in so many cases, having your dog walked and packages delivered are held back by a lack of access.”

Rolls-Royce offers workers £2,000 to help ease cost of living crisis
Silver holds $21/oz but the level still looks under threat
Global gold supply to fall after 2022 – report
The Big Question: Gold or Silver? – Numismatic News
Where Is A Good Place To Invest As Market Trends Continue To Drop?