Stocks may be on the brink of another correction.

“The elephant in the room remains the cyclical slowdown. And, as long as that slowdown is in play… the risk of a correction remains. It hasn’t gone away,” the firm’s co-founder said Friday on CNBC’s “Trading Nation.” 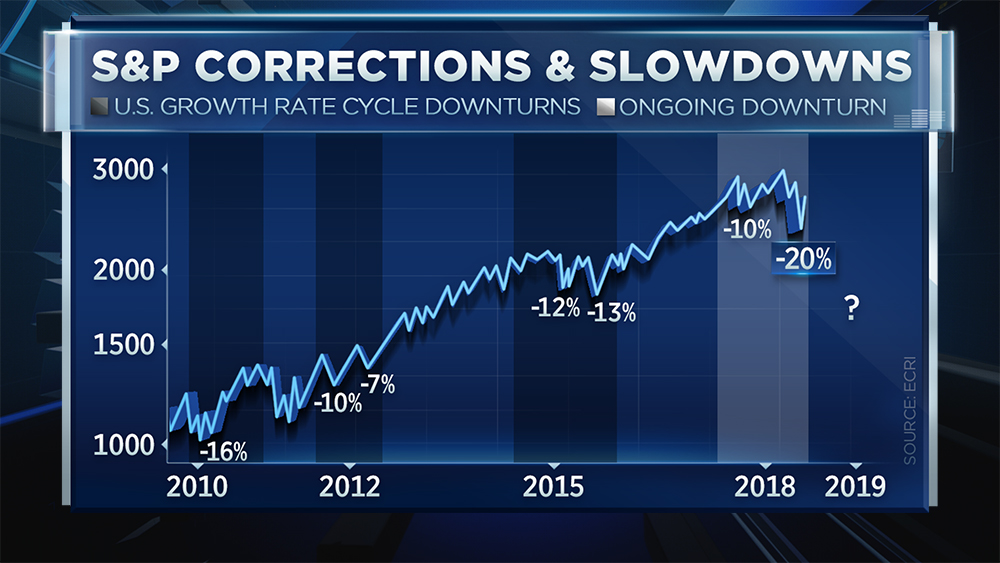 “It’s really about the direction of economic growth. It accelerates and decelerates. It goes in cycles,” he said, noting that a during a slowdown the “risk of a 10 – 20 percent correction pops way up.”

“We were very alone last year saying ‘hey, there’s a slowdown coming,'” he said. “They bring with them a lot of stock market correction risk.”

By last summer on “Trading Nation,” Achuthan was warning investors that a 10 to 20 percent correction would likely hit stocks. By Dec. 24, the Dow and S&P 500 were trading 20 percent off their all-time highs.

Stocks have staged a considerable comeback since then. So far in January, the Dow and S&P 500 are up more than 6 percent. However, Achuthan contends nothing has fundamentally changed since last year’s downdraft.

“We’re still in this slowdown. There is more to come. It is not over,” he said. “It’s not an all clear signal until those leading indicators turn back up.”

But it’s not all bad news.

He is not predicting the economic slowdown will turn into a recession. According to Achuthan, it’s possible growth will begin re-accelerating within the next couple of quarters — particularly if international markets show signs of recovering.

“The United States does exist inside the global economy, and we’re plugged in. It’s important to us,” Achuthan said. “Maybe that’s where we need to see the bottoming first.”