Part of the reason stocks have returned to normalcy after the market’s end-of-2018 carnage is a revival of the data center, CNBC’s Jim Cramer said Friday.

After spending a week in San Francisco interviewing executives in the technology and health-care industries, Cramer, host of “Mad Money,” left the so-called Golden City with some key takeaways.

First, the tech stocks have emerged from a “true bear market” thanks to the importance of data, and the action is affecting more than just the tech sector, he argued.

“Right now, I think the bear market is fading and the bull market’s beginning again because of a huge resurgence in the data center, although, in reality, that business never really went away — it just got written off for all the wrong reasons,” Cramer said.

“If you listened to our interview with Bob Swan, the interim CEO of Intel, or with Keith Block, the co-CEO of Salesforce, you know that the worldwide process of digitization continues unimpeded,” he said. 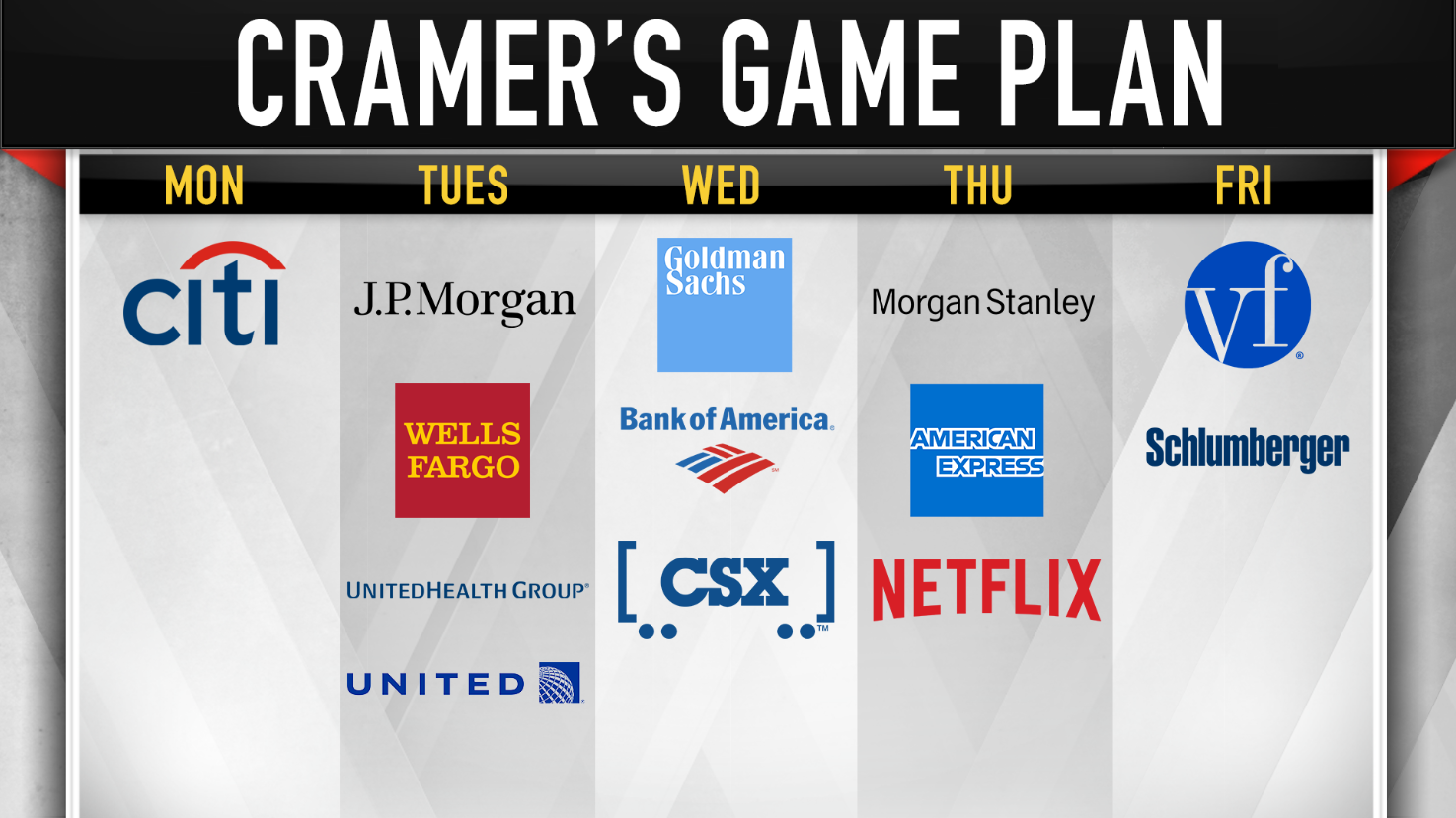 Even though the stock market has recovered from its late 2018 lows, Wall Street might not be in the clear as it enters its next earnings season, Cramer warned on Friday as stocks ended the week higher.

“Next week, we find out if this move’s been warranted based on earnings, not merely hope,” he said. “Fortunately, most stocks are still well off their highs, but they’ve rebounded enough that there’s a lot more risk going into these earnings than I’d like.”

Calling the past week “tumultuously positive,” Cramer said next week “will be the craziest reporting period … you’ve seen in ages.”

“Why? Despite Fed Chief Jay Powell’s endless protestations that the economy’s really robust, I bet we’ll hear more about weakness than strength,” he said.

With that in mind, Cramer turned to his game plan for the week ahead. Click here for his full analysis.

Chinese consumers are starting to “take sides” as the U.S.-China trade dispute rages on, and that could hamper the success of some U.S. companies, Cramer said Friday.

Perhaps it already is: U.S. tech giant Apple recently warned that its fiscal first-quarter results would miss expectations due to weaker-than-anticipated iPhone sales in China. Then, earlier on Friday, Goldman Sachs downgraded the stock of Starbucks, citing “a number of points of caution” in the Chinese market.

“We know that the Chinese consumer’s beginning to take sides,” Cramer said. “That’s not good news for any American companies that do business over there, even if many of their stocks seem to reflect that we might be getting some progress in the trade talks.”

Investors concerned about the Federal Reserve’s interest rate policy and the U.S.-China trade dispute should take a stake in gold here, Cramer said after stocks slid for the first time in six days.

“If you’re looking for an insurance policy against volatility and economic uncertainty, gold is a great way to go,” he told investors. “While I like the stock market here, as you know, now that the Fed has decided to be more patient, the whole point of diversification is to be prepared in case something goes wrong … and your thesis doesn’t pan out.”

The precious metal traded to roughly $1,288 per ounce on Friday, inching higher after gaining 5 percent during December’s sell-offs. But in Cramer’s opinion, buying actual gold in the form of bars or coins isn’t the best way to get exposure.

“Unless you can afford to buy actual gold bars and store them in a depository bank, I don’t recommend owning the actual metal,” he said.

Click here for his favorite ways to invest in gold.

Uber Freight is already lowering transportation and logistics costs for its corporate customers after only 20 months of operation, the Uber subsidiary’s chief, Lior Ron, told Cramer in an interview.

The U.S. trucking industry has been under pressure amid what many have cast as a driver shortage, putting inflationary pressure on companies that have to ship their goods.

“The more basic a necessity is, the higher the transportation cost for that necessity is,” Ron explained. For every bottle of water a consumer purchases, “20, 30 percent of the total cost of that bottle will actually be the logistics cost,” he said.

Uber Freight, which competes with other well-funded startups including Transfix and Convoy as well as public companies like XPO Logistics, is now bringing Uber’s well-known tech to the space. The division’s namesake app is meant to pair drivers in need of work, many of which Ron said are “underserved minorities,” with companies in need of drivers.

“We’ve been active only 20 months, and in our most mature regions such as Texas and California, the cost [of shipping] is now very affordable … because of that technology,” he said. “We can actually help those companies control the cost, have visibility to the supply chain, and in the end of the day, just make everything we consume and buy from those companies much more addressable and accessible.”

Technology is also “the biggest equalizer” for drivers who are seeking work, Ron said.

In Cramer’s lightning round, he zoomed through his responses to callers’ stock questions:

Spotify Technology SA: “The stock is down very, very big and I’m unabashed. I think this is a long-term situation and I say buy, buy, buy!”


contributed to this story.

UK’s Arm-twisting confirms critics’ worst deal-vetting fears
Boris Johnson insists he will not undergo ‘psychological transformation’
Carnival Stock: Surprisingly, this Ship is Still Floating
Wechat to Prohibit Accounts From Providing Some NFT and Crypto Services
How Safe Is Venmo and What Are Its Fees?