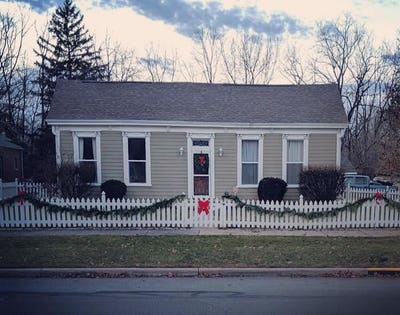 What do Hannah, Austin, Alexis, Logan and Taylor have in common? They were the top five names associated with the fastest levels of home sales growth in 2018.

The number crunchers at realtor.com studied deed records to come up with a core set of homebuyer names. The deeper they dove, they learned the amount of homes sold to Millennial buyers with the aforementioned names increased 19% to 23% last year compared with 2017.

“Without being super clinical, we took a lot of those sales and turned names into groups of buyers,” says Javier Vivas, director of economic research at realtor.com. “Then we looked at which buyers were groups growing faster than others, and that’s what gave birth to that list of names.”

By connecting the Social Security Administration’s data on name demographics to property deed buyer information, realtor.com researchers were able to examine how younger age groups are increasingly becoming a force in the housing market.

Homeownership rates for buyers under 35 reached an estimated 36.8% in the third quarter of 2018, higher than a year earlier, and likely the highest in five years, according to the latest Census Bureau report on residential vacancies and homeownership.

Vivas says that despite higher housing costs, younger buyers continue to expand their footprint in the housing market by choice or necessity.

“They are entering that stage of life where it’s more about they must have that house as opposed to it would be nice to have that house,” he explains.

Millennials also are benefiting from a strong U.S. economy and are more willing to commit to homeownership.

“They are really leaning into the fact that qualifying for a mortgage with a good job is not as hard as it used to be,” says Vivas. “They are leaning into the financing aspect of home buying. As a first-time homebuyer, you may see prices increase further out of the reach. But if you can take a bigger loan backed up by a good job, then you are in a good position to qualify for a home. And that’s what we’re seeing with these Millennials.”

Single women are one of the fastest growing demographics in the housing market. The National Association of Realtors estimates 18% of home purchases in 2018 will reflect households headed by single women, more than double the share of single men at 7%.

The 2018 deed data also reflects women’s impact on homeownership as a whole. Sales associated with female buyer names increased while sales with male names declined, up 1.6% and down 0.1% year-over-year on average respectively.

“We’re finding that the names tell the story of when people start looking for homes,” says Vivas, adding: “There are always going to be exceptions. James could be 100 years old or 20 years old, but when you take the data in an aggregate,  it’s colorful evidence of how the profile of the home buyer is changing quickly.”

Social Security Administration data shows half of Hannahs were born before 1993, and 80% between 1987 and 1997, giving Hannah a high likelihood of being a Millennial buyer.

Last year, Hannah Strasser’s journey to homeownership began after she moved to Indiana from California. The 28-year-old marketing manager bought a three-bedroom house in an Indianapolis suburb.

Despite carrying the burden of student debt, Strasser focused on saving for a down payment on a home.

“I wanted to stop putting all my money into apartments,” she says. “Before getting my mortgage through Quicken Loans, I made a budget and put money away monthly into a savings account with a long-term plan to buy a home. I had a plan right out of college and stuck to it, which made it possible for me to be able to purchase my first home.”

While student loan payments take up a huge chunk of Strasser’s monthly income, her plan is to pay off the loans within the 10-year mark of when she graduated from college.

“I don’t know whether I’ll do that or not, but student loans are a big factor in regards to what type of home I can buy and how much of my income I can use to actually put towards my investment in my home,” she says.

As Strasser gazes out her living room windows, the serenity of the view makes her appreciate homeownership even more.

“I have a dog,” she says. “That was one of the main reasons I wanted to get a house with a backyard. That was a requirement.”

Though Strasser is still learning the ropes of homeownership, she has no regrets.