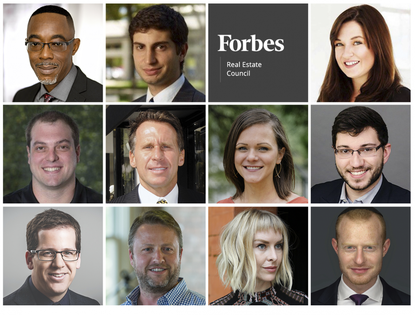 In December 2018, Amazon made its long-awaited announcement of where its second headquarters location would be. Much to the competing cities’ surprise, the e-commerce giant chose to split “HQ2” between Long Island City, New York and Arlington, Virginia.

Since the announcement, there’s been much speculation about the impact on the real estate and job markets in these two cities, especially since Amazon is planning to invest $2.5 billion in each location. We asked experts at Forbes Real Estate Council what they believe commercial real estate investors can learn from the announcement and its implications for local markets. Here’s what they had to say.

The wages paid will determine what the housing and ancillary uses appurtenant to the area should be. Local planning in a given area needs to be investigated. Density gains and other favorable incentives need to be noted. – Michael J. Polk, Polk Properties / Matrix Properties

2. Amazon’s HQ2 Is All About Strategy

The selections were a further reminder of the significance of public infrastructure for cities to be competitive in attracting companies and jobs. Arlington and Long Island City both have reliable public transportation and proximity to an international airport. They also provided a strategic advantage to Amazon: an East Coast presence and a focus near government for influence. – Yousif Abudra, BENA Capital, LLC

Local governments want to create more jobs, improve the local economy and maintain infrastructure. When companies like Amazon are looking for HQs, public transport, education and housing opportunities play a key role. Commercial investments can thrive when corporations work with local governments so win-win agreements can be put in place. – Katie Brown, Together For Vets

Investors should map out the Amazon HQ2 cities and determine where employees would ideally like to live, then cross check against what developments are there already. Most likely, mixed-use developments will be popular with that demographic. This includes a setup with retail downstairs and residential upstairs. Identifying this trend and investing early could be a lucrative move. – Nathaniel Kunes, AppFolio Inc.

5. Commercial And Residential Investments Near HQ2 Are Winning Bets

My advice to investors is to buy commercial and/or residential properties within the area of the Amazon’s headquarters. For homeowners my advice is twofold: First, don’t sell yet; your house will increase in value. Real estate, in general, is the safest investment for people who want certainty and security, but an absolute winning bet is that the housing market will explode in these two areas. – Alex Radosevic, Canon Business Properties Inc

6. Incentives Aren’t Always What They’re Cracked Up To Be

Other major metros passed on the opportunity to bid on the Amazon headquarters and data shows this was probably a wise move. The incentives of more than $1.5 billion factor into more than $48,000 per job created. Focusing on small businesses as the primary employers and drivers of economic activity has proven to be a more beneficial focus for local leaders in the long term. – Bethany Babcock, Foresite Commercial Real Estate

7. It’s Not Worth It To Put All Your Eggs In One Basket

How many cities bent over backward to attract Amazon? How many investors added the HQ to their pitches? Just like with the Olympics, a ton of time was wasted hoping and strategizing about something we have no control over. Cities and investors should focus on creating value all the time, and good opportunities will come. – Marc Rutzen, Enodo Inc

Amazon’s HQ2 decision involved comparing hundreds of features from each prospective city’s future plans and economic development trends to decide where to go. Soon, this will not be only the privilege of giants. Advanced technology is already enabling quicker analysis of even greater amounts of data for investment decisions and will play a central role in almost every commercial real estate deal. – Guy Zipori, Skyline AI

9. Think About What Corporations Value In An Area

Companies at the scale of Amazon are most concerned about the availability of capable employees, excellent public infrastructure (airports, roadways, etc.) and tax breaks that reduce the cost of building and ongoing operations. Commercial investors should target areas with those same characteristics that companies value. – Jeremy Brandt, Fast Home Offer

10. Young, Financially Stable Families Will Be Moving Into These Areas

With an influx of tech employees, local businesses will start to change over and adjust to what is most desired by the majority of the locals. Since tech employees tend to be young and financially stable, investors should take that into consideration when buying or updating properties. Younger families tend to prefer new construction homes or already-renovated properties rather than fixer-uppers. – Beatrice de Jong, Open Listings (YC W15)

Amazon’s choices should stand as a sign for real estate investors nationwide; the key to transforming a community is real estate developers partnering with local government. Long Island City was a manufacturing hub for decades before it was transformed by the city and investors. A commitment like Amazon’s is the modern prize for a skilled effort by local real estate visionaries. – David Kaufman, Cleeman Realty Group