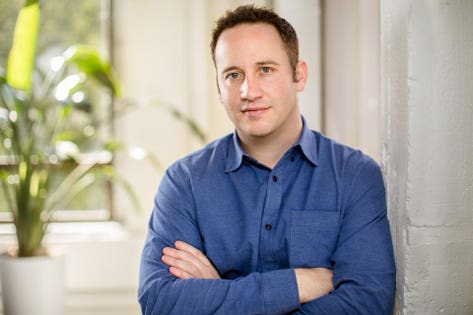 Autodesk’s construction software business is getting its second acquisition-fueled jolt of the past few weeks. The company announced on Thursday that it is acquiring startup BuildingConnected for $275 million.

The acquisition of BuildingConnected comes exactly one month after Autodesk announced plans to acquire PlanGrid, another construction tech startup, for $875 million in November (the deal closed today). Together, the two acquisitions mean Autodesk has paid $1.15 billion in a month for the startup companies.

Acquiring BuildingConnected and PlanGrid pour some fuel on the fire of Autodesk’s strategy under CEO Andrew Anagnost to focus on construction as its top priority market for software development in recent months. Late to the shift to digital technology, construction is now a fast-growing category for software tools, with some estimates expecting that market to reach $10 billion by 2020.

“We are trying to completely digitize the construction process all the way from design to build,” Anagnost tells Forbes. “With the completion of [the purchase of] BuildingConnected, we feel we have acquired all the important assets we need to acquire.”

Autodesk’s reasoning for buying BuildingConnected is that it moves the company more into an area of the construction process known as pre-construction planning. In that phase, contractors determine which suppliers and sub-contractors to use, effectively building a cast list of who will be showing up on site. Autodesk’s internal software focus has come from its BIM 360 unit, which helps manage and track projects while they’re in process. PlanGrid operated in that part of the process with one of the most popular apps for providing digital blueprints and on-site reports.

BuildingConnected offers a marketplace for general contractors to connect with suppliers and sub-contractors for a job. The startup has been used by 3,000 of the contractors and property owners across 200,000 commercial projects, connecting to 700,000 people overall, says CEO Dustin DeVan.

DeVan cofounded BuildingConnected after spending six years as a contractor himself and realizing “the industry deserved a little better.” Existing bid management software required a contractor to keep their own database of everyone they might work with, DeVan says, which would then provide no value if the contractor worked on a project in a new market. BuildingConnected makes it easier to maintain profiles and then bid to participate in a job. “Construction is about businesses working together,” DeVan says.

The startup’s sale to Autodesk will mean a windfall for BuildingConnected’s team and its venture capital investors, who invested at less than the price tag of $275 million, not including the startup’s remaining cash. BuildingConnected had raised $53 million from investors including strategic Brookfield Ventures and firms Bee Partners, Brick & Mortar Ventures, Crosslink Capital, Freestyle Capital, Homebrew and Lightspeed Venture Partners. “Tomorrow we are going to be celebrating,” says DeVan, “but this isn’t the end of the journey for us. It’s a milestone in what BuildingConnected will become. We should continue to operate and build out this network.

Of course, some might question why DeVan would sell while his business was growing fast. Like PlanGrid, BuildingConnected and its founders will be joining a construction software unit led by Autodesk’s Jim Lynch, but the startup isn’t big enough to materially impact Autodesk’s financials, at least for now. So why join the $28-billion-market cap giant?

BuildingConnected’s CEO says the combined products (he once worked at a construction company with PlanGrid CEO Tracy Young) “gives the industry the best hope of moving toward industrialization of construction.” To make its network fully valuable, BuildingConnected needs more data, DeVan says, data available in Autodesk’s network. And Autodesk’s strength internationally should help both startups expand outside North America.

For Autodesk, the acquisition could also help unlock a new layer of customers, the sub-contractors, who typically use its software through the contractors, not of their own initiative. “It’s a super-critical glue that connects the industry,” Anagnost says.

But the acquisitions also speak to an increasingly competitive race to take market share in the fast growing category of construction tech. Procore, which has enjoyed its own high growth rate in recent years, reached a $3 billion valuation after a new fund raise announced last week. DeVan insists his startup’s acquisition isn’t a defensive or catch-up move by Autodesk to inject new blood into its own development efforts. “Some of the internal developments they have, they’re phenomenal,” he says. “And the stuff we can do together, no one will be able to compete.”

Autodesk will also need to see off challenges from long-term rivals such as Trimball and Oracle, both of which Anagnost notes have been looking to make their own acquisitions in the space. “Construction has a lot of startup focus on it, there’s lots of people buying assets,” says Anagnost. “We think we now have the right portfolio.”