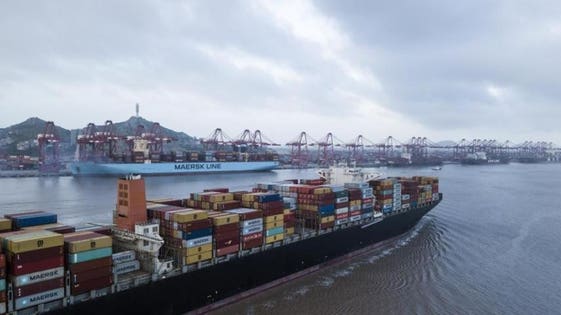 China is dumping products in India, an Indian parliamentary panel suggested recently. As the trade war goes on unabated, China’s trade practices in India—selling its oversupply to another country, depressing prices and hurting native manufacturing—stand as a testament to Beijing’s unwavering position on global trade.

China’s Ministry of Commerce said the U.S. attacks on its trade practice “won’t work.” China announced today that they are preparing $60 billion in more tariffs if the U.S. imposes tariffs on $200 billion, likely by the end of August.

In India, a government committee said Chinese imports were “hitting Indian industry hard and causing unemployment.” A July 26 article, published in The Economic Times, cites an official report by the Parliamentary Standing Committee on Commerce as blaming the government of Narendra Modi for not addressing the trade issue with China.

The report also expressed concern about India’s widening trade deficit with China, which could be exacerbated by China exporters redirecting goods elsewhere in a bid to fend off supply issues caused by U.S. trade tariffs.

“At a time when there is an urgent need to stimulate our manufacturing sector to at least 25% of the country’s GDP, Chinese imports have thrown a spanner in the wheel of India’s economic progress per se and industrial manufacturing in particular,” the Parliamentary Standing Committee on Commerce said in its 145th report submitted to the lower house of Congress last week.

The report went on to cite solar panels as the main product being dumped into India. China is the world’s largest producer of photovoltaic panels.

Trump and Xi Jinping on Nov. 9, 2017. Trump and his trade team view China’s mercantilism as distorting world trade to the detriment of U.S.-domiciled manufacturers. Washington apparently has a new ally in India. Photographer: Qilai Shen/Bloomberg.

China has been playing defense ever since Donald Trump was elected president. The world’s No. 2 economy has been hit with over $50 billion in trade tariffs, with another $200 billion in the works. Trump upped the duty from 10% to 25% on Wednesday, sending China A-shares down 2% yesterday. China’s retaliatory threats sent the XTrackers China A-share (ASHR) ETF down another percentage point Friday morning.

The A-shares have been in a bear market since July after falling over 20% from their January 26 high. The yuan has been in decline as well, due in large part to a strong dollar. The Chinese currency is trading at around 6.84 to the dollar after hovering near 7. Some in the market see the exchange rate going over 7 in the event of $200 billion more tariffs on China’s imports to the U.S. in order to offset some of the duty charges.

A 25% tariff scenario makes it harder for a weaker currency to make up for higher costs at American ports, however.

“If these tariffs go through, we likely won’t see any huge impact on China’s growth figure until the last quarter of 2018, or until early 2019,” thinks Nick Marro, an analyst at the Economist Intelligence Unit.

The Chinese economy is not as dependent as it used to be on exports, but only 36% of its GDP comes from domestic consumption. Exports held up well over the first half of 2018, as purchasers front-loaded their orders in anticipation of higher port fees.

In the U.S., a strong consumer-based economy has helped alleviate the pains from the trade war. But recent ISM survey data on the manufacturing side shows that managers are getting nervous. There have been no major reversals of trade flows or large, canceled orders at this time. Anecdotally, managers are concerned about an expanding trade war with China.

“The concern is more prominent in certain affected industries, like consumers of steel and aluminum … or wood products,” says Patrick Chovanec, a chief strategist for Silvercrest Asset Management in New York and a former business professor at Tsinghua University in Beijing.

In June, the Federal Open Markets Committee minutes suggested that companies were delaying investment plans due to uncertainty over China tariffs.

China’s trade practices are mostly to blame, most analysts believe, with India the latest example of countries looking to force change from Beijing.

Save for a Down Payment or Pay Off Student Loans?
Chainalysis tips Australia will crack down on misleading crypto ads
Johnny Cash’s Former California Home Lists For $1.795 Million
A Stock Market And Bitcoin Surge With Miners In Tow, Gold Technical Action Solid
How Inflation Impacts Your Retirement Income