What happens to markets in 2019? It depends on your outlook on earnings. Fourth-quarter earnings have much less weight than usual, since everyone is concerned that the estimates for 2019 (currently 8 percent earnings growth) are too high and will be coming down.

Seventeen companies have reported earnings for the fourth quarter so far, and while the numbers of have been good, first quarter estimates have been heading lower, particularly after comments from Micron and FedEx, who noted that while the U.S. was still strong, international trends were definitely slowing.

Unfortunately, the fate of earnings may be in the hands of large macroeconomic issues that are difficult to model. Traders are weighing the following major issues:

But if you think earnings will still be growing in mid single digits, the markets should rally.

Right now, traders are in a pessimistic mood: “Earnings estimates are going down. The market is pricing in no earnings growth or even possibly negative growth for 2019,” Nick Raich, who tracks earnings at Earnings Scout, told me.

After a 14 percent drop in the fourth quarter, the S&P 500 is set to end the year down by about 7 percent, its worst performance in a decade. 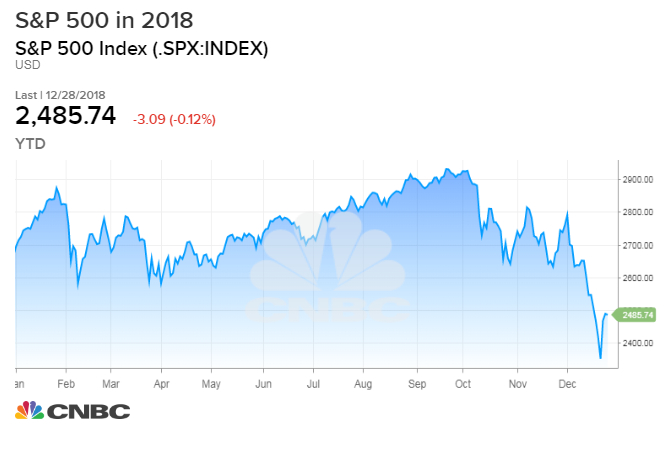 Raich, who believes earnings will grow mid-single digits in 2019, believes the biggest risk to the market is a policy error by the Fed. He noted that the ECB made a similar, costly mistake in 2011: “Jean-Claude Trichet hiked rates as the European debt crisis was at its height in the summer of 2011, the markets tanked, and then a few months later Mario Draghi came in in the fall of 2011 and cut rates four months after Trichet.”

Raich does not believe the Fed will make a similar error, but it highlights the macro headwinds the market is facing for the early part of 2019.

No wonder the markets are so confused.